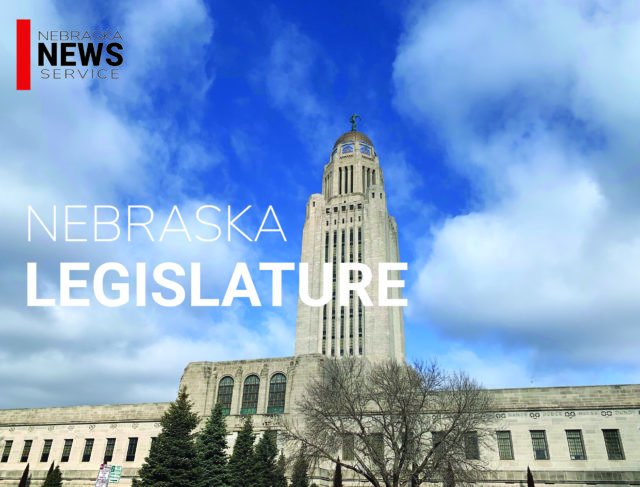 Prominent Nebraska Republicans are calling for the censure and expulsion of Sen. Ernie Chambers of Omaha after what they call sexist and misogynistic comments.

The call is in response to Chambers’ comments toward Sen. Julie Slama of Peru on July 20, the Legislature’s first day back in session. The comments happened during a debate over a Slama campaign ad against opponent Janet Palmtag, which Chambers and others saw as racist.

Republican and Democratic politicians have called the ad racist and asked Slama to apologize. Former Gov. Dave Heineman, a Republican, and Bob Kerrey, a Democrat and former governor and former U.S. senator, also called out the ad as racist.

Chambers’ comments included implying that Slama had performed sexual favors for her success and comparing the relationship between Thomas Jefferson and his slave Sally Hemings to if he had “enslaved and raped white women.”

“Suppose I had raped white women?” he said. “Suppose I enslaved Sen. Slama and used her the way that I wanted to.”

In a statement, Thibodeau said the comments were “baseless personal attacks” and called for the Legislature to stand up against his behavior.

“Sen Chambers’ attack on one of the most prominent female members of the Legislature shows how far our politics has fallen,” she said. “To suggest that women can only be successful based on performing sexual behaviors is sexist and an insult to women everywhere.”

Jason Jackson, chairman of the Lancaster County Republican Party, also released a statement. He said Chambers should be expelled for the comments, which he called sexual harassment.

“At a time when we want more women and young people to be involved in politics, Senator Chambers’ remarks are certain to make young women feel unsafe serving in the legislature,” Jackson said. “The legislature needs to say with a united voice that sexual harassment will not be tolerated.”

Executive Director of the Nebraska Republican Party Ryan Hamilton called for Chambers to be censured and expelled.

“These are disgusting remarks, clearly out of bounds,” he said in a statement. “His misogyny was on full display when he publicly indulged this grossly offensive inference. He owes Senator Slama an apology, as does every senator who yielded time so he could continue his vile, misogynistic rant against Senator Slama.”

“For far too long, Senator Chambers’ hateful rhetoric has gone unchecked. I condemn Ernie’s sexist slurs against women and his disgraceful remarks towards law enforcement,” he said in a tweet July 22.

For far too long, Senator Chambers’ hateful rhetoric has gone unchecked. I condemn Ernie’s sexist slurs against women and his disgraceful remarks towards law enforcement.

During the debate when Chambers made the comments, some Democratic senators said they disagreed with his rhetoric. Sens. Anna Wishart of Lincoln, Wendy DeBoer of Bennington, and Michaela Cavanaugh of Omaha all said the Legislature shouldn’t discuss rumors. However, they also condemned Slama’s campaign ad and called for her to apologize.

Chambers, a longtime Independent senator representing North Omaha, has faced a lot of backlash over his decades in the Legislature. In 2015, he was asked to apologize for comparing police to ISIS.

Chambers, because of term limits, is unable to run for reelection in 2020. At 83 years old, he said he will not run in 2024, making this his last term in the Legislature.