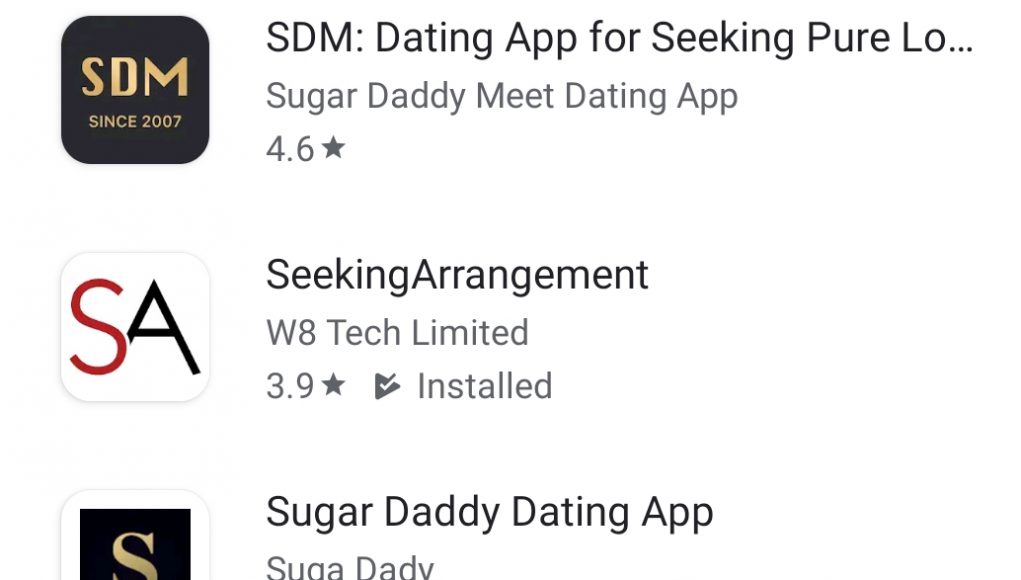 By Amantha Dickman and Sarah Ruff

It wasn’t about getting a piece of a glamorous lifestyle seen in Instagram posts for Amanda, 23. There were pretty dresses and fine wine to accompany private dinners, but her entrance into the sugaring community was about getting by.

On her own, without any family support, Amanda, which isn’t her real name, struggled as a student with bills piling up. The financial pressure brought her to sites such as SeekingArrangement.com and Craigslist.com to search for someone who would enter a sugar baby/sugar daddy relationship. That’s a relationship where, typically, a wealthy man gives money to a young woman. For what? That’s complicated.

For Amanda, her someone was a senior-level official at a technology company. The arrangement he offered her was simple.

“My sugar daddy requested a copy of my schedule once a month that included any activities I had planned. No locations, just blocks of time that I would not be able to be reached,” Lorne said. “We would meet twice a week for a meal and some skin to skin time. I use that phrase because it wasn’t always sex. Sex was not the expectation.”

The sugaring lifestyle doesn’t come without a cost: it comes with the taboo of being considered a prostitute. But new research by Professor Maren Scull of the University of Colorado suggests that sugaring should not be confused with prostitution.

“I kept hearing news stories about Seeking Arrangement and was curious if the narrative that sugaring is a form of prostitution was accurate or not,” Scull said. “As someone who studies social deviance, I was skeptical that this was the case. That’s when I decided to embark on the research.”

In her 2019 paper published in the journal Sociological Perspectives detailing the typology of sugar relationships, Scull identified seven different types of distinct relationships scripts, only one of which could be compared to prostitution. And, in acknowledging those distinctive relationships scripts, she wrote it would be problematic to categorize arrangements as sex work due to the fact that money often mixes with intimacy, such as when purchasing an engagement ring or paying a nanny to care for your child. The presence of money doesn’t detract from the validity of intimacy.

“I found that, in most cases, sugar arrangements are neither traditional dating relationships nor prostitution, but instead constitute a unique relational package with distinct sub-cultural and interpersonal meanings,” Scull said.

The touch-starved sugar daddy focused on intimacy during their encounters, the type of which was normally reserved for couples. Nights in meant cuddling and conversations.

In return for her time, Amanda was given a weekly allowance and the mentorship she needed to build her resume and network new connections. And, as she planned, she graduated and the arrangement ended.

For some students, turning to the sugaring community is becoming a more common answer as the financial hardships of college. According to SeekingArrangement — once known as “Seeking” in the Apple app store — more than 2.7 million students have used the sugaring community to avoid the lasting effects of student debt. On their webpage “Sugar Baby University,” the company actively tracks the student debt average and what universities have the highest population of sugar relationships.

For Gerald, 55, his past arrangements have relied heavily on companionship with those he personally relates to. Gerald is not his real name.

His first arrangement came after meeting a dancer with whom he shared some commonalities with. Though the relationship came to an end after three years, he found himself missing the intimacy and sought out others to share his time with. Now, after five arrangements, he describes them as an escape from his life, with a secret friend whom he can trust with his experiences.

But that doesn’t mean there aren’t rules that accompany these arrangements. For Gerald and his partners, boundaries are very clear: the arrangement will not last forever, either party can end it at any time for any reason and there cannot be any attempt to encroach on their real lives.

“We — my two brothers, a sister, and I — were poor. Really poor,” Gerald said. “Our mother worked so hard to keep a family together. I developed a soft spot in my heart for anyone similarly situation.”