AUDIO Listen to the atmosphere of the William H. Thompson Scholars’ event as you read.

At Harper Dining Complex at the University of Nebraska-Lincoln, the sound of community begins to bubble up from a room down a maze of hallways. The soothing sound of lo-fi music sets the tone. The clattering of paintbrushes echoes through the room. And over it all, the members of the William H. Thompson Scholars Learning Community chatter as they lean over their pumpkins and paint.

The learning community is responsible for events like these throughout the year, said Jodi Bergstrom, a senior program coordinator for the William H. Thompson Scholars, also known as WHT. Bergstrom is responsible for planning these year-round events, like the pumpkin painting. However, according to Bergstrom, the end goal is so much more than the art.

“These really focus in on belonging. It’s a great way for the scholars to get to know each other and know they belong to this learning community,” she said.

WHT is unlike any other learning community at their university. All scholars are recipients of the Susan Buffett Scholarship, a program for in-state Nebraska students with outstanding financial or personal need. In short, Buffett recipients are Nebraskans who often have incredible stories. When these scholars get together for events, it becomes more than a group of students sitting down for pumpkin painting. It’s a diverse community filled with resilience and perseverance. Here are five of their stories: 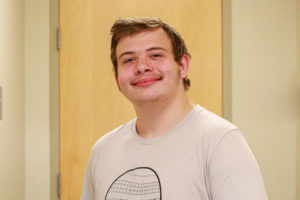 Ritchison is a freshman. During his time at WHT, he’s found a community to help cope with his own upbringing and take advantage of new opportunities. 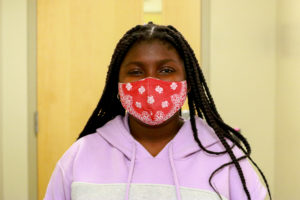 Aya, a sophomore, began her journey to UNL in the African nation of Ghana, where she grew up. As a WHT scholar, she’s learn to appreciate her own uniqueness within the community. 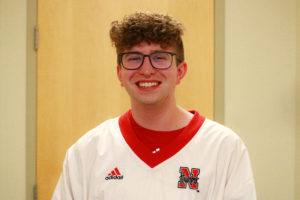 Walker is a junior and a peer mentor for WHT, advising a group of freshmen peers. WHT has given him support and relatability he struggled to find in his rural hometown. 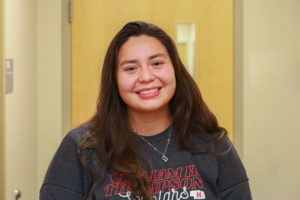 Marina, a senior, is also a peer mentor. As someone who went to a smaller rural school, WHT allowed Marina to reconcile with her cultural roots. 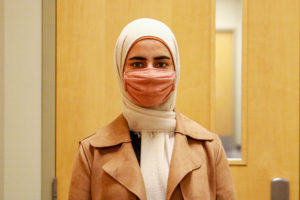 Fatimah is a sophomore who traveled across the globe to reach Lincoln. After living in Israel and Jordan, she’s found the opportunity to achieve her dreams at UNL.

The Hidden Prairie within Morrill Hall

Battle of the Bands hits all the right notes

Not another Halloween: Remembering loved ones on Dia de los Muertos

The Nebraska News Service is provided by the University of Nebraska-Lincoln College of Journalism and Mass Communications’ Experience Lab. Content is provided by students in college courses and from Experience Lab programs, the Nebraska News Service, Unlimited Sports and Nebraska Nightly. All content is student-produced. Opinions expressed are not those of the University of Nebraska-Lincoln administration or the University of Nebraska Board of Regents. The College of Journalism and Mass Communications is committed to making its programs and services accessible to all persons. If you have a disability and are experiencing a barrier to access, please share your experience on our Accessiblity Page.
Contact us: [email protected]
© News Nebraska ©2021. All Rights Reserved.