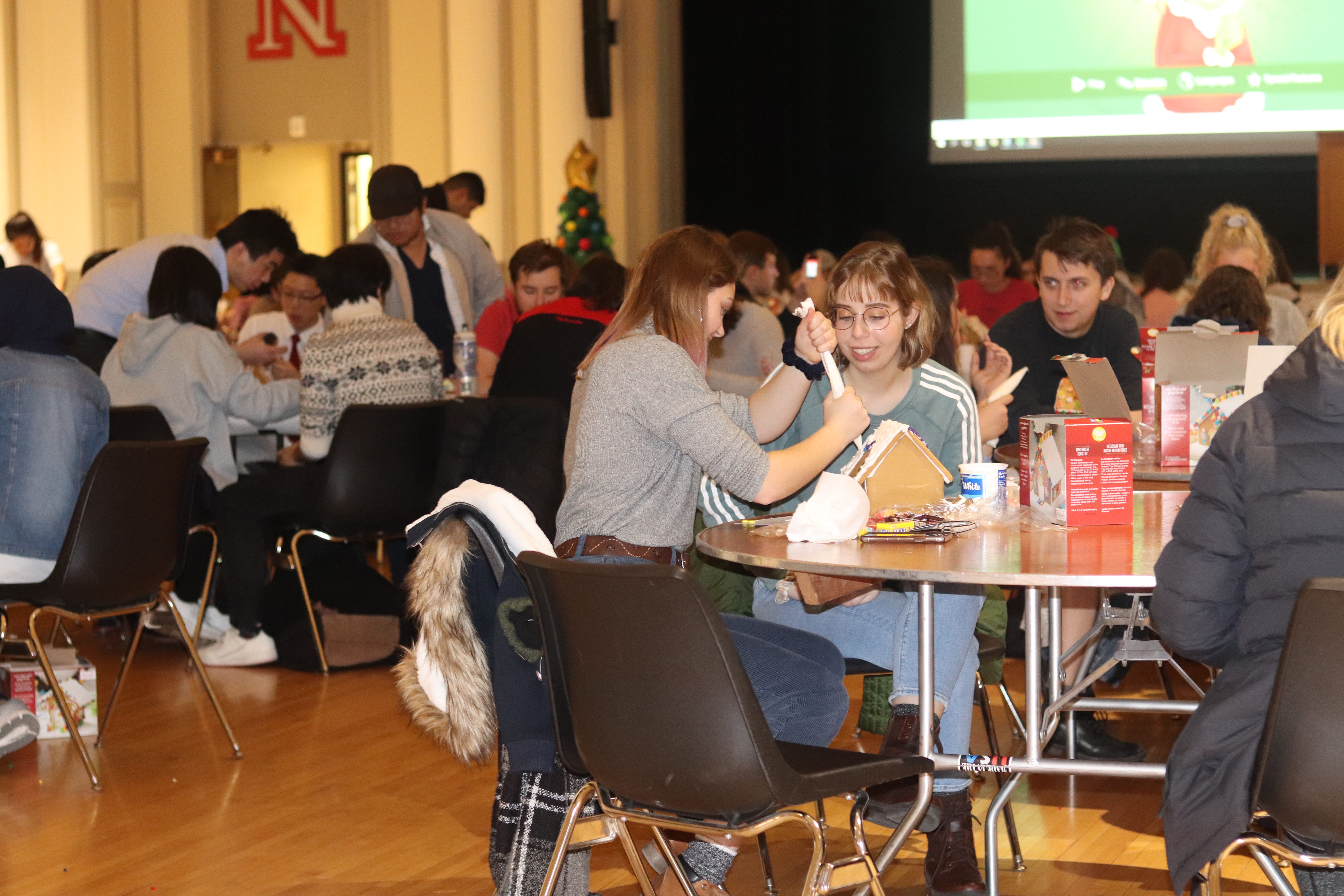 Hundreds of students at the University of Nebraska-Lincoln spent their Friday night making gingerbread houses while listening to Christmas classics like All I Want For Christmas is You during a gingerbread house competition hosted by UNL Student Involvement.

The event was held on Dec. 7 at the Nebraska City Campus Union ballroom.

Students could either take their gingerbread houses home or enter them in for a chance to win Super Mario, Oreo, or “Peanuts”-themed gingerbread kits, according to Reshell Ray, associate director of UNL East Campus programs.

Gingerbread designed ranged from standard ones to homages to popular restaurants like Steak n Shake.

Students could also take pictures with their gingerbread houses at a holiday-themed photo booth to remember the event. 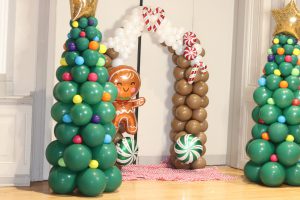 Ray said the UNL Campus Nightlife board came up with the idea for this event after researching activities other college campuses had done.

“We think, what are those events that will create a social environment for students?” she said. “They’re always things that allow people to do things that are interactive.”

Ray said she was pleased and surprised by the turnout for the event.

“We thought we would have 80, but we had more than 150,” she said. “The diversity of the event was overwhelming.” 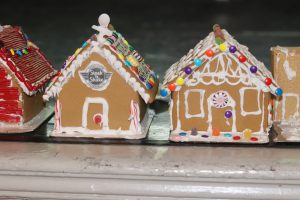 Sophomore English major Kaley Wilcox said she’s made gingerbread houses before and has thoroughly enjoyed it. She said when she saw a poster about the event, she decided to invite her friend Molly Beck.

“[When I saw the poster], I was like, ‘Oh, Gingerbread,’” she said. ”That was the extent of my thought process.”

Wilcox and Beck modeled their house after a scene from the 1994 movie “The Santa Clause” where Tim Allen’s character falls off the roof. They both said they enjoyed building the house despite having some difficulties.

“We tried to give [Santa] a hat and belt and it ended up not working,” Wilcox said. “We made a chimney and the chimney fell over very tragically,” 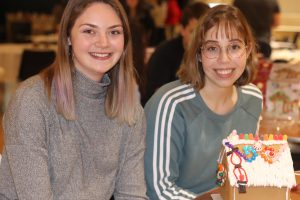 Ray said she believed the event would help bring people together and give students a chance to relax before dead week.

“During the semester, we try to provide things that help students to re-energize and meet others,” she said.