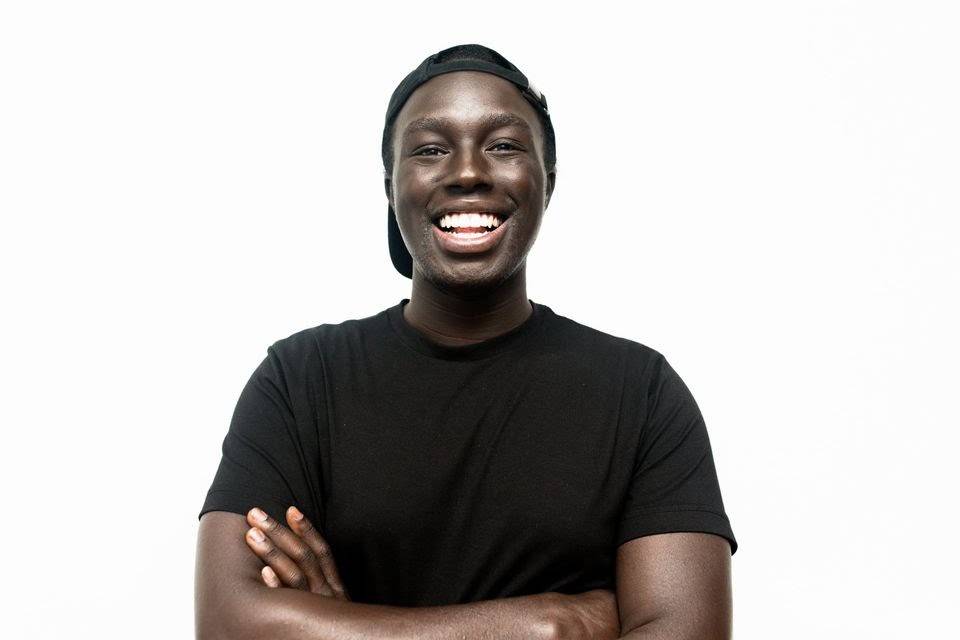 Police repeatedly tased his stepfather in 2006, resulting in a heart attack. Kual wanted to help bring justice to others brutalized by police, so he marched with hundreds of other Lincoln residents in multiple Black Lives Matter (BLM) protests.

But Kual realized everyone has a role to play in historic moments like this. His role, he decided, would be raising awareness for the Lincoln BLM movement.

He began to use his newly launched media company, Kualdom Creations, to livestream protests on Facebook.

Now, Kual is one of the leading sources of raw, unedited protest footage in Lincoln and Omaha. He’s even expanded his coverage to other causes’ protests and current events like mask-ordinance violations.

His rise to local prominence begs the question: in our age of ever more accessible technology and media platforms, who is a “real” journalist?

According to Dennis DeRossett, Nebraska Press Association executive director, there is no credential that qualifies people to be a journalist.

Although there are no technical qualifications to be a journalist, it’s important that everything put out is fair, accurate, complete and responsible, DeRossett said.

Five people who covered this summer’s protests, each falling on the spectrum somewhere from journalist to involved citizen, gave their insights into reporting processes, motivations for informing the public, and what they think makes a journalist.

The internet has led to the democratization of journalism, according to publisher and editor of The Reader, John Heaston. Anyone can participate and have a voice now.

“When [journalists] started doing this, we were a kind of gatekeepers of information. You needed access to a printing press or broadcast license to reach a lot of people,” Heaston said. “Now the internet blows all that up.”

Instead of trying to break the news before a larger publication or a luckily placed person with a camera, Heaston is angling The Reader to provide insightful analysis of current events for the local community. The “active journalist” role means being a public information analyst, educator of systematic context and conversation moderator for the community.

For example, rather than only covering Omaha’s protest events as they happen, Heaston made sure The Reader explored Omaha’s history with racism and its current effects. The Reader also partnered with local black and hispanic media like Mind and Soul Radio station.

Heaston said he also hopes to democratize coverage more by training citizens to cover meetings and do public information requests. Recruiting citizens and freelance journalists to report means a bigger collaborative team for The Reader and a bigger audience for the creators.

One Lincoln resident, Robert Way, already uses his free time to attend, record and publish local government meetings on the All Politics is Local, Lincoln NE Facebook page. Along with summarizing city council pre-meeting information packets and other public information for readers, Way livestreams public meetings as they occur.

The 43-year-old with a 20-year-long penchant for local politics saw a gap in coverage by traditional news media on the subject. When it came to issues of local governance, he wanted more than briefings. He had deeper questions to answer like how each city project’s money is spent and who’s benefiting from it.

Like any reputable journalists, Way’s goal was to find the truth and publicize it. Only in his case, he knew he lacked the credibility an established platform provides. So, he bypassed sharing opinions and went for straight fact reporting.

“I am responsible for the accuracy of anything I put out there,” Way said. “It’s under my name and if I put out stuff that’s not true, of course, people aren’t gonna trust me anymore. But if I put out stuff consistently that’s verified and I got something to back it up, I think that might be useful.”

Omaha-based freelance journalist and member of the Industrial Workers of the World Freelance Journalists Union, Mel Buer, began working in the industry with a multidisciplinary bachelors degree that didn’t include journalism.

Since then, she’s written for various magazines and print publications, co-hosted a podcast and live-tweeted coverage of events like this summer’s protests. More recently, she’s been studying for her Masters in English.

Buer finds no meaningful differences between citizen journalists and traditional publications. In fact, she saw power in the role of independent press.

“They’re not beholden to any sort of interests. They can actually tell a story. They can challenge these systems of power in a way that perhaps the corporate newsrooms can’t because [the newsroom journalists] may lose funding or their jobs if they aren’t acting in a certain way,” Buer said. “Which I think sort of runs counter to journalism as a whole.”

Although freelancing isn’t the most stable work, Buer said. How often you are hired and paid depends on who you reach out and pitch to. For her, it’s paycheck to paycheck work.

Chris Dunker, a higher education and state government reporter at the Lincoln Journal Star, has been one of the most in-depth reporters of the summer protests. Similar to Kual, Dunker got involved by watching the first large march over other people’s live streams when he realized the Lincoln Journal Star should be a competitive source of information, too.

Dunker spent the next several months covering the protests on Facebook livestreams and in articles exploring what happened and what’s coming next.

“As a journalist, I can go cover these protests and these marches that keep taking place,” Dunker said, “but there’s a time that comes when you have to ask the organizers and the people here like, what do you hope to do here?”

Now the reporter has two big questions left: what’s actually changing regarding race and the state and what do protestors want that change to look like?

He’s been following the protestors’ plans for reform bills and meetings with public officials and law enforcement to answer them.

So what’s the verdict?

What binds the spectrum of citizens and journalists together is their dedication to informing the public of what they see as truth. Their intentions of being fair and accurate may be what distinguishes a reporter from an observer or promoter.

What divides them is varied amounts of available time, energy, and resources. Some like Kual and Way have other jobs on top of their Facebook livestreams and reporting. Without a bigger or more experienced team, neither content creator has been able to request public records or have their work consistently fact-checked and edited.

In the end, readers can determine the best source of journalism for themselves by utilizing news literacy, DeRossett said. Readers should notice sources and analyze if the information is trustworthy every time.

The Omaha Police Department is also trying to catch up their policies to current media developments and expand who qualifies as a member of the press, Media Relations Officer Joseph Nickerson said. The policy is still in the works and will likely be released sometime after the October presentation of internal protest investigations.

Although, according to Buer, no state body like the police or legislature should be in charge of deciding who is and isn’t members of the press. That is as long as journalists are following codes of ethics and reporting as an unbiased observer and not a participant, she added.

“If the state has a choice over who is and who isn’t media, then I would say that that sort of crosses the lines over what is a constitutionally protected activity: a free and independent press,” she said.

*Correction: An earlier version of the article stated Kual’s father was shot and killed by police in 2006. The correction is “police repeatedly tased his stepfather in 2006, resulting in a heart attack.”

A Seat at the Soul