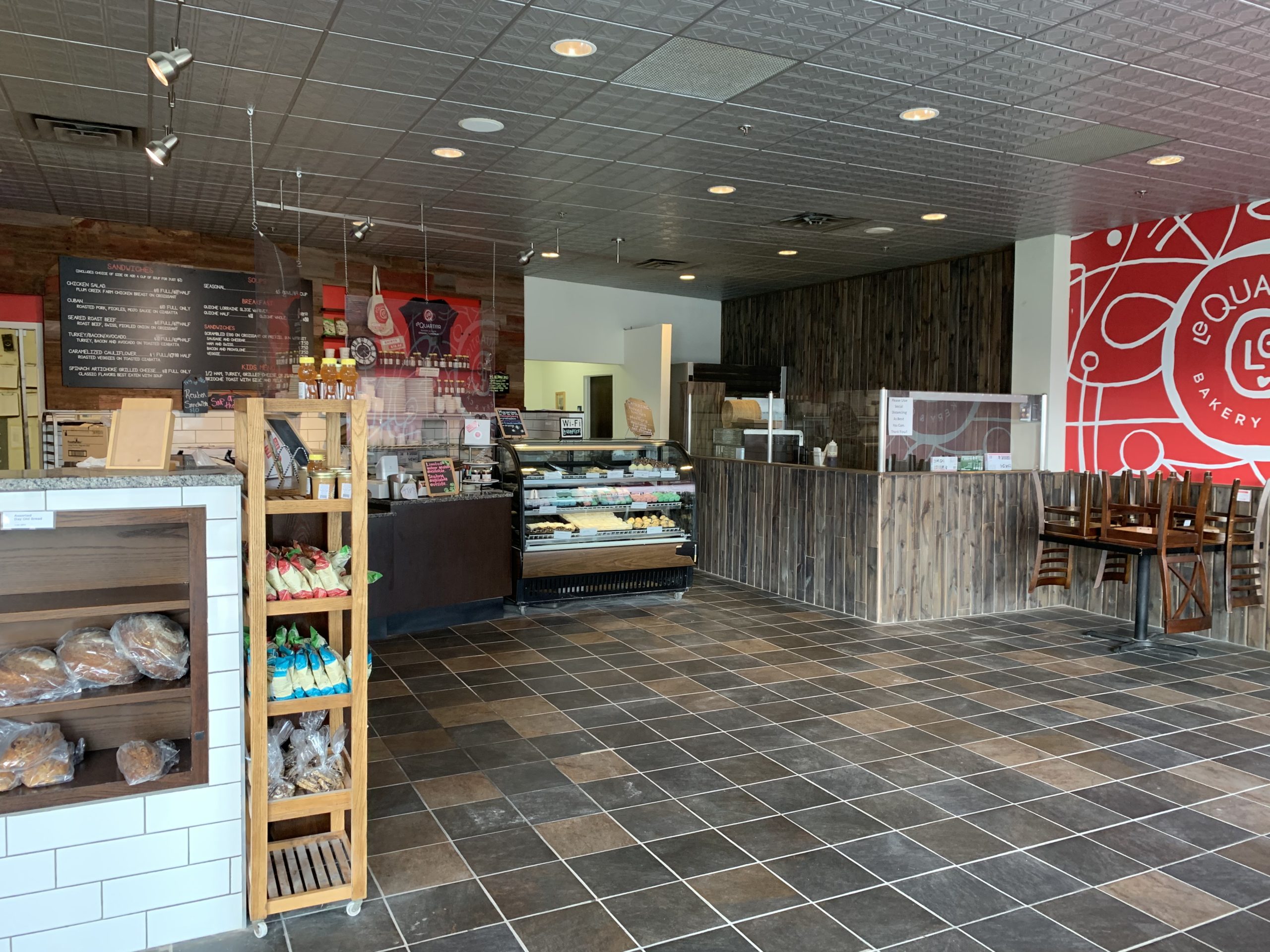 The restaurant business is not for the faint of heart, especially amidst a global pandemic. As restaurants struggle to stay open, so do their wholesale suppliers. Le Quartier Bakery & Cafe in Omaha and Lincoln worked through the health crisis by shifting focus directly to the consumer.

Recent consumer trends prompted by the COVID-19 pandemic helped co-owners and brothers, John and Seth Quiring make that transition. Restaurants were forced to close, so Le Quartier lost most of its wholesale clients.

“We want to focus on retail so that we control the sales and don’t have to rely on someone else to sell our product,” John Quiring said.

Due to the restaurant closers, Le Quartier had to supplement the lost revenue. To move forward, they emphasized creativity and an understanding of what customers were willing to spend their money on.

“We recognized that people wanted something fun to look forward to. We heard that people were celebrating Christmas in April, so we started to sell our Buche de Noel,” Seth Quiring said.

The Quirings attribute their success during COVID-19 to the decisions that they made and the nature of their business. Unlike many restaurants, Le Quartier sells a product, not a restaurant atmosphere. Customers still wanted their baked goods; they just didn’t want to have to come into the store to get them.

Earlier in the year, John tried implementing a food delivery system without much success. When COVID hit, people became more comfortable ordering online and either picking up their food or having it delivered. This helped to increase Le Quartier’s orders.

“We saw how well grocery stores were doing and we realized we could provide a staple that people still wanted,” John Quiring said.

As businesses started to open back up, Le Quartier simplified the fix-at-home meals they offer. They transitioned to pre-prepared meals, like take and bake pizza.

As the temperature drops in the fall and winter, outdoor seating will no longer be an option and that is a concern for the bakery. Another concern is how business will be during the winter holidays.

“November and December are very profitable months for us because of the holidays. If families aren’t gathering, that is going to be an issue for us,” Seth said.

Although COVID-19 has presented some unique challenges, the Quirings are no strangers to adversity. During their nearly 15-year stint running Le Quartier, they’ve had to adapt and persevere to keep their business going.

Their story began in 2006 when John Quiring decided to turn his baking hobby into a career. He built interest by selling his baked goods at the farmers market, generating enough interest and revenue to make his dreams of opening a bakery become reality.

At the end of that same year, he joined forces with his younger brother Seth, and they opened their first storefront in Lincoln. They’ve since expanded to Omaha, adding two more locations.

The situation caused by the health crisis gave the bakery the opportunity to be creative and reassess their priorities. It also reminded them how much their customers enjoy and value Le Quartiers products.

“Our customers that are big fans of the bakery have really pulled us through. It feels good to know you are providing something that people really appreciate,” John said.

The brothers continue to remain optimistic and adjust their business according to the trends they see. But they’ve also returned to the principles they founded the bakery on.

“We have really focused on quality and creativity first. We have been able to come back to the basics and that has been nice,” Seth Quiring said. “I think that is a theme of COVID. People are trying to simplify their lives and in a lot of ways, we are simplifying our business in the exact same way. It is strange to say this, but in a lot of ways this has been good for us.”

Tracking 2022 races for the Nebraska Legislature