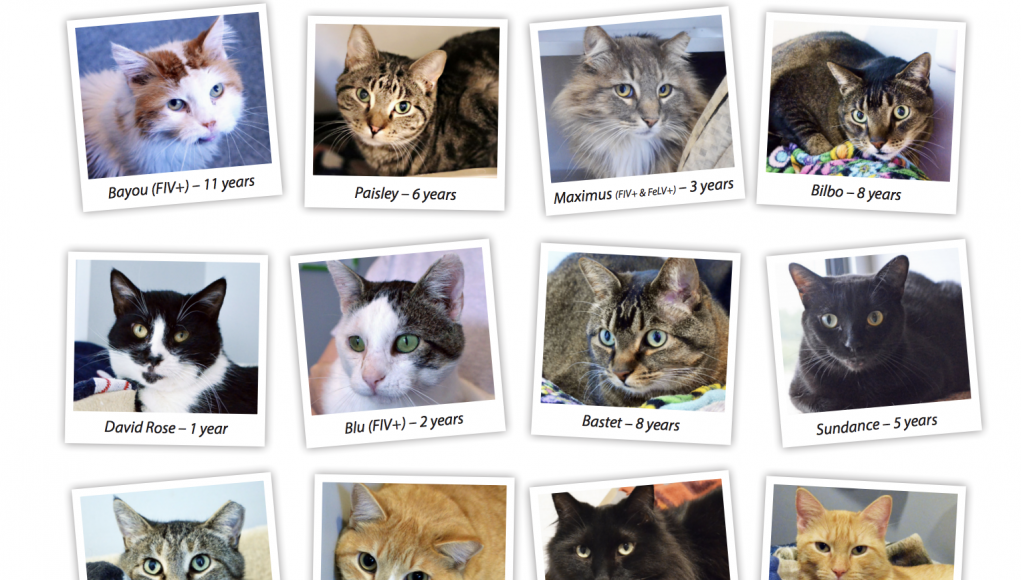 Michaela Reddel of Omaha walked up to locked doors of the Lincoln Capital Humane Society on April 14.

Cautious Humane Society staff allowed only her in and left the two friends she had brought along to watch through a window from outdoors. Reddel was directed into a room alone to meet the cat she had been admiring for days on the humane society website.

In walked Beesly: orange, affectionate and just the right amount of sass.

The friends waved and gave thumbs up of approval through the window and Reddel looked back down at her new companion.

She knew she was meant to bring him home.

“I had been wanting a cat for a while and just decided the time to do this is now,” Reddel said, “It’s nice to have a friend during quarantine.”

Reddel and many other Lincoln residents have been taking action to do something they had thought on and off about: adopting a pet.

Animals have been shown to psychologically, emotionally and physically benefit their companions due to their giving of unconditional love and the fulfillment that comes with caring for them.

People advised to stay home are beginning to long for a friend to ease their solitude. Others feel ready to have a responsibility again and the routine that a pet brings to life.

Animal adoption centers in Lincoln have been seeing increases in adoption rates and say they are struggling to keep up with having pets available to adopt for those still looking.

“It’s always a good problem to have,” Haley Vandewalle said.

Vandewalle is an adoption counselor and part of the animal care staff at Capital Humane Society. She said people have been coming in and telling her they’ve been wanting a pet for a while and finally feel like it’s the right time.

“People are stuck at home and it gives them something to focus on. They just want a companion or something to take their mind off what’s going on right now,” she said.

The Cat House is a no-kill shelter and adoption facility for cats in the Lincoln, Nebraska area.

Vlasak said due to the nature of the no-kill shelter, the influx of adoptions is helping more than just those looking to adopt. The Cat House has a waiting list of people that need to give up their cats but are reluctant to bring them to a humane society. Pet owners typically would need to wait six months before getting a cat in, but the recent surge of adoptions has quickly moved the intake process along and provided room for many incoming cats.

Finding space at a no-kill shelter gives owners peace of mind when they are needing to give a pet up.

“Those cats we take in will be with us until they find their forever home, or as long as they need us. For some cats that might mean the rest of their life,” Vlasak said.

While pet adoptions may be something to celebrate, the increase of people taking animals home during the time of quarantine comes with concerns.

Costs of medical care for the incoming cats at The Cat House has increased. Expenditures include physical examinations, spaying/ neutering, vaccinations, tests, medication, microchipping and various veterinary procedures. The shelter typically would have had a spring fundraiser but because that was canceled, it is now relying on donations during the month of May for Give to Lincoln.

Vandewalle had other concerns for the humane society.

“We’re just hoping we don’t see an increase in surrenders when all of this is all said and done because people are going back to work,” Vandewalle said.

“The animals are so used to people being around 24 hours a day. I think we’re going to see a lot of separation anxiety when all of this is over.”

Both Vandewalle and Vlasak have advice for new pet owners as they transition a pet home and eventually transition themselves back to work.

Vlasak said it’s key to not rush an animal through an introduction to a new place or to other people and pets.

“The emphasis is on slowly. Cats do not change quickly,” Vlasak said.

“Work on giving the animals alone time right now,” Vandewalle said. “Put them in a kennel or just separate yourself from the animal for a few hours a day here and there just so they get used to you being gone.”

Animal shelters have new restrictions and regulations for adopting a pet to limit interactions due to COVID-19. Visitors may be limited to one or a couple at a time, hours are not open to the general public, and most visits are limited to adoption appointments only.

Murray, a german shorthaired pointer lab mix, found his new home with Lincoln resident Grant Reiner after he was picked up from Heartland Pet Connection in Hastings on April 9.

Reiner has appreciated Murray for the company he provides and routine he requires.

“We get up in the morning and we take him on a walk, make breakfast and then get to work. He will lay with us in bed for a little bit and when he’s ready to go to sleep, he goes to his room.”

Murray’s need for activity and love for running has been a plus too. The extra time at home was the perfect excuse to get a dog now and have ample time to train him, Rainer said.  The next lesson for Murray is how to run alongside a bike so he and Reiner can go further distances together.

“We love him,” Reiner said.

Many animals like Murray are finding homes, and still others are available and waiting to be adopted.

Tracking 2022 races for the Nebraska Legislature