The lights went out in the Bourbon Theatre on Feb. 23, evoking a huge roar from the crowd.

The crowd that just watched performances from openers Poutyface and Palaye Royale stood patiently waiting for Dominic Harrison, an alternative artist who goes by the monicker Yungblud. A pair of red lips appeared on a wall of Marshall amps stacked on the stage, letting them know the artist would be out soon. Yungblud’s guitarist and drummer came out as the lips egged on the crowd. Once the mouth vanished, the Doncaster singer sprinted out on stage and began singing “Strawberry Lipstick,” an upbeat track off of the artist’s 2020 record “Weird!”

The crowd screamed the lyrics back to Yungblud who smiled with wide eyes and blew kisses back at them. He kept this energy throughout his entire set, jumping up and down while performing old and new songs from his discography.

This was Harrison’s first time performing in Lincoln, and he said he was surprised that people in the state even knew who he was. He lamented this during a teary-eyed speech after pausing his stripped-down performance of “Kill Somebody,” a song from his debut album from 2018. He said he never felt like he fit in when he was growing up, and he was judged for being himself. He emphasized that now he has a “family” of people who support one another and went on to say “I love you,” pointing at many different people in the crowd as he repeated the phrase. Despite Lincoln being his 19th stop on his Life on Mars tour, his energy and appreciation for his fans didn’t show it.

Yungblud at the Bourbon Theatre 1 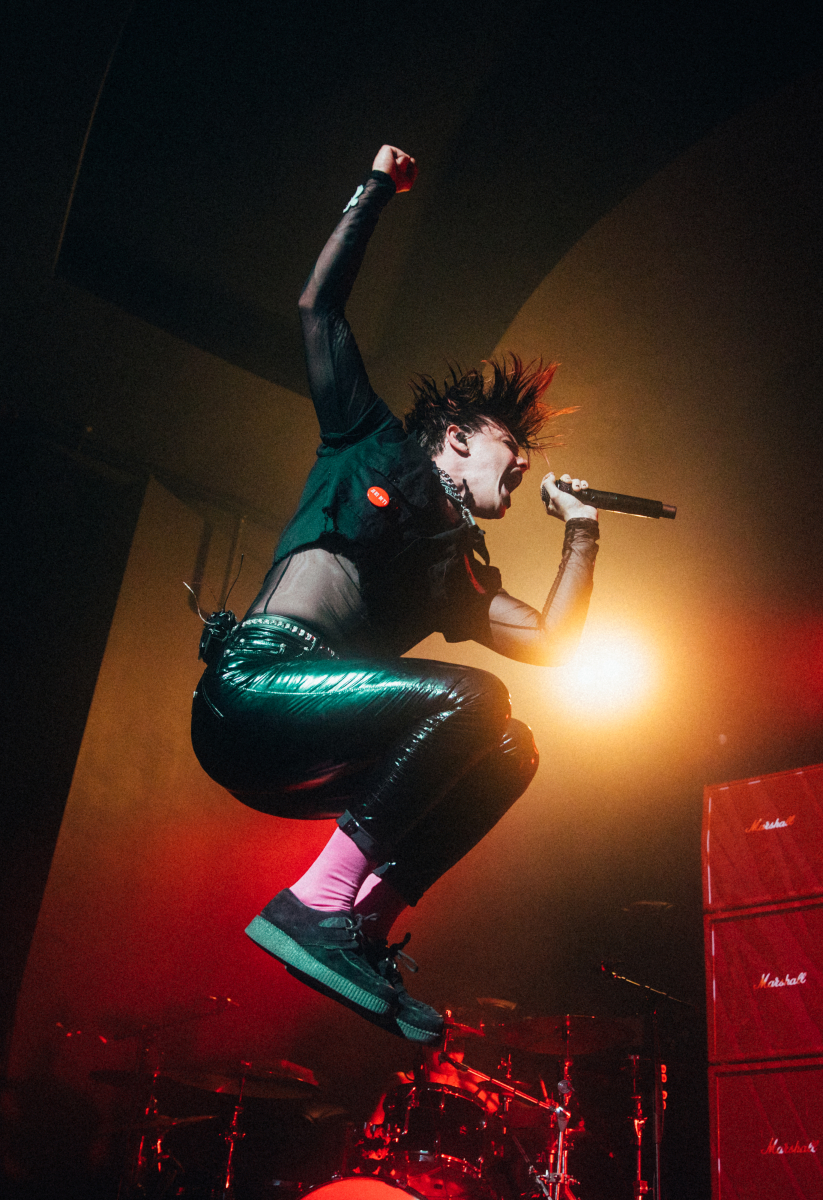 Yungblud jumps while performing during his Life on Mars tour at the Bourbon Theater in Lincoln, Nebraska.