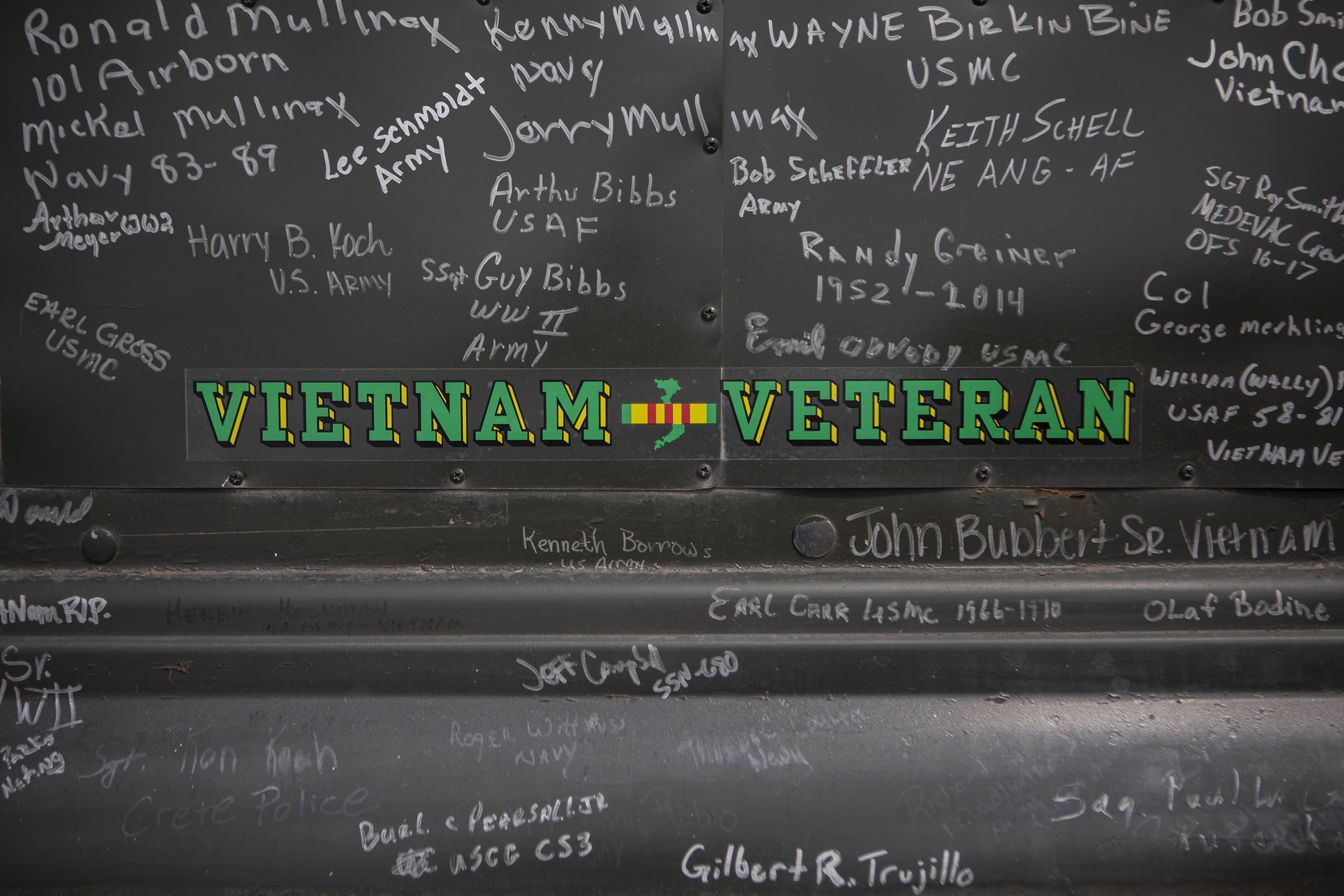 Sam Aughe had his first full night of sleep in over three years on Nov. 10, 2020, the day before Veteran’s Day.

By full night, Aughe means he only got up one time.

Aughe, 69, is plagued by restless nights due to chronic pain, bladder cancer and his thoughts about life, but one night changed the direction of his life permanently.

A few weeks prior, Aughe purchased a mustard yellow 1946 Chevy Sedan Delivery he’s been chasing since he was 17 years old. His first encounter with the yellow Chevy was right before being drafted into the Vietnam War in 1968. It was owned by the town’s butcher, Tony Bohac, but Bohac said it was not for sale.

When Aughe came back after sustaining a major injury, no one knew where the car went. He began working for the city and then the co-op which was when the ugly car came back into his life. He was on the job as a mechanic in the garage of his good friend Fran Siedhoff. There it was. Just sitting there. The ugly, old car he had attempted to purchase when he was 17 and then again when he returned from Vietnam.

Aughe bought the car on the spot.

This is the story of how a sleepless night caused an ordinary man with an interesting story to create a memorial one could never forget.