Each week, I’ll highlight the top Nebraska news and sports stories produced by Nebraska News Service journalists. We start by reading about the future of Nebraska’s volleyball team. Then, read about the Big Ten’s anti-racism and anti-hate coalition. Read about Grand Island Senior High School band camp with new COVID-19 restrictions. Then, read about an abortion bill that stalled in the Legislature. Finally, watch a video about student fellows helping small town development.

The future of Nebraska volleyball is bright

The Husker volleyball team has the No. 1 ranked recruit in both the classes of 2021 and 2022. They are Kennedi Orr, a setter from Eagan, Minnesota, and Hayden Kubik, a junior outside hitter from West Des Moines, Iowa.

Kubik’s coach Jeremey Mikesel said Nebraska’s volleyball atmosphere is one of a kind and believes Kubik will love being a Husker.

The Big Ten’s Anti-Racism, Anti-Hate Coalition was created on June 1 in the wake of the death of George Floyd. Big Ten Commissioner Kevin Warren said the coalition is finding ways to actively and constructively combat racism and hate around the world.

Track and cross country runner Sadio Fenner said the Big Ten is working on new policies including no sports on election days and an accountability policy to hold people in Nebraska’s athletic community responsible for saying something discriminatory.

Grand Island Senior High started its band camps. Band director John Jacobs is excited to start band camp but knew there would be many COVID-19 safety regulations to follow. Even though most of the regulations were set by the Grand Island Public Schools administration pandemic team, Jacobs came up with a few of his own safety measures.

Jacobs decided to split the band into groups of 25 or less, having them be 5 yards away from one another and only socializing with their group. He said if anybody gets sick within a group, the group will have to quarantine but the whole band won’t need to. 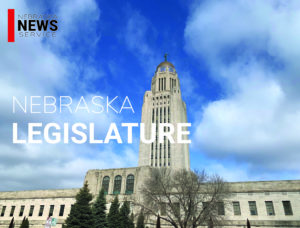 Some senators argued that LB814 is just one step in Geist’s goal of a full abortion ban and questioned its constitutionality. Other senators said this bill is an important issue within their districts. 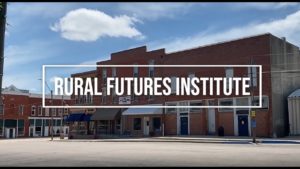 This video highlights some of the 17 fellows from the Rural Futures Institute who lived in seven small towns across Nebraska. The students worked on community development such as marketing and communications, entrepreneurship and inclusion.