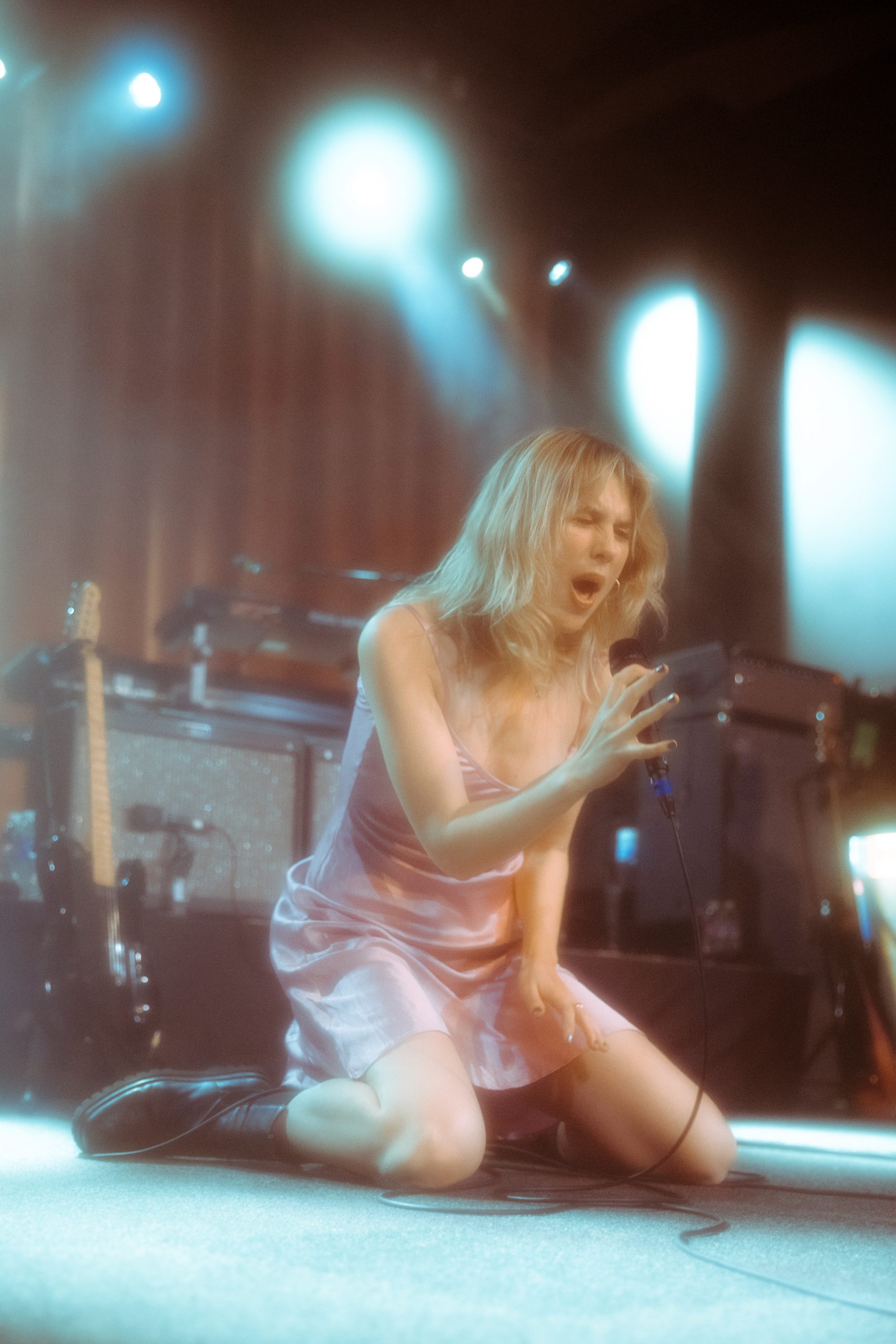 English alt-rockers in Wolf Alice hit the stage of the Bourbon Theatre for their “Blue Weekend” tour on April 11. Although the band is from the United Kingdom, the members seemed right at home in Lincoln as they were jumping up and down on stage and grinning when the audience screamed songs from the bands last three records back to them. The band released its latest album “Blue Weekend” in June 2021.

Lead singer Ellie Rowsell weaved in and out of soft and gritty songs, effortlessly going from falsettos to a screams. The audience cheered as she yelled into the microphone during songs like “You’re a Germ” from the band’s 2015 record “My Love is Cool” and “Formidable Cool” from 2017’s “Visions of a Life.”

The show was on a Monday night, but Rowsell encouraged the audience to make it feel like the weekend. When the crowd eventually broke into a mosh pit during the crescendo of fan-favorite track “Giant Peach,” it was clear they followed her instruction.