Being a woman in the sports media industry is a frontier that many have not broken into. The various experiences women bring to sports only improves the industry. Women such as Erin Andrews, Holly Rowe and Doris Burke have paved the way for women to pursue their passion for sports.

Whether it is being a student in the University of Nebraska-Lincoln College of Journalism and Mass Communications sports media program, being a student-athlete or working for a sports technology leader such as Hudl, women in the industry have taken strides in achieving equity.

UNL’s sports media program, established in 2017, is the newest major offered in the College of Journalism and Mass Communications. In the male-dominated sports industry, the college focuses on creating a space for all students to learn in an equitable environment.

Students, student-athletes and women in the industry can all recall the steps they have taken to get to where they are now.

A student who has looked up to women in the industry for her whole life never had question whether she wanted to go into sports. Hailey Ryerson, a junior at UNL, works for FOX Sports studio shows as an intern. She said the Huskers have one of the best sports atmospheres in the country.

According to the university’s fact book, there are currently 51 female students and 218 male students enrolled in the Sports Media and Communication major in the CoJMC. This figure has grown over 10% every graduation year since establishment.

When COVID-19 shut down sports, Ryerson created a podcast with a friend, Megan Cook, to continue to improve the skills she had learned from classes. She focused the podcast on women in the sports industry as a way for girls and women interested in the field to get advice and gain confidence.

An area of the sports media industry that continues to prove difficult for women to break into especially, is broadcasting. Women have been contained to sideline reporting as storytellers, rather than analysts. Ryerson said she is taking every opportunity to learn everything there is to know about broadcast journalism while at UNL.

“From calling games at Memorial Stadium to being a part of the first all-female broadcast in basketball, I’m truly fortunate to go to a school like Nebraska,” Ryerson said.

The predominately female staff of Nebraska Nightly, a student-run newsroom, has quickly proven to be a space for students to learn the ins and outs of broadcasting. The broadcast journalism program puts everything students at the CoJMC learn into one production, using video, sound, directing and speaking to tell a story.

According to a Deloitte study, women’s sports are projected to soon reach $1 billion in overall revenue globally.

Investing in women’s sports from the ground up only improves the industry through creating revenue and opening opportunities to traditionally underrepresented groups in sports.

Olivia Galas, volleyball player at Bellevue University, said she understands the importance of investing in all levels of women’s sports. Galas, a setter and BU’s Female Athlete of the Year, was also named the NAIA National Setter of the Year, First Team NAIA All-American and the AVCA North Central Region Player of the Year. Galas consistently works off the court to advocate for women in sports.

“Sports have given me a platform to be a leader in so many ways,” Galas said. “To be able to use what I’ve learned to help girls in sports is a dream and I want to keep promoting women in sports for as long as possible.”

Through volleyball, Galas said she hopes to inspire young girls to defy the odds stacked against girls in sports and pursue any part of the sports industry that makes them feel empowered.

“My success on the court not only has helped me gain confidence in my game, but also has helped in my life off the court as well,” Galas said. “My success comes from the 15-17 girls around me in practice and games every day and I wouldn’t be anywhere without them.”

Female student-athletes are often taught to take every opportunity possible because they can be hard to come by. Various organizations, such as Hudl are hoping to change that and allow female and male athletes the same opportunities.

Bailey Fitzgerald, a story producer at Hudl, is one of those role models who uses her position to advocate for girls in sports. As a one-time student-athlete who transitioned into a professional career in sports, said she is aware of the many different roadblocks that girls face daily in the industry.

“I played lots of sports growing up, however I feel like I was pretty naïve to the gender biases and inequalities that are present in sports,” Fitzgerald said. “Maybe it wasn’t a bad thing at the time, since I was young and just enjoying the game.”

A scroll through Hudl’s Instagram post comments highlights the difficulty women have to be accepted as athletes and media professionals. The comments section is rife with sexist, misogynistic posts and wisecracks that speaks to the societal issue at large.

Fitzgerald said she uses stories to show the incredible feats girls and women accomplish in their respective sports.

A recent launch of HerHudl on Instagram and Snapchat story is a concrete manifestation of her work. The platforms only highlight girls highlights to ensure the spotlight stays on them.

“Every week I was watching tons of game and helping create content for a multitude of talented, young, high school athletes,” Fitzgerald said. “I think at one point I just thought to myself…wait where are the women?”

Ryerson, Galas and Fitzgerald use their platforms to inspire girls and women to follow their passions in sports. Although they are not responsible for creating social change for women in sports, their work has helped women take strides. And strides can lead to big gains. 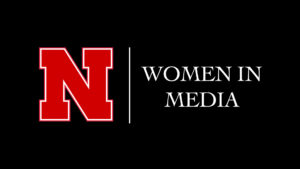