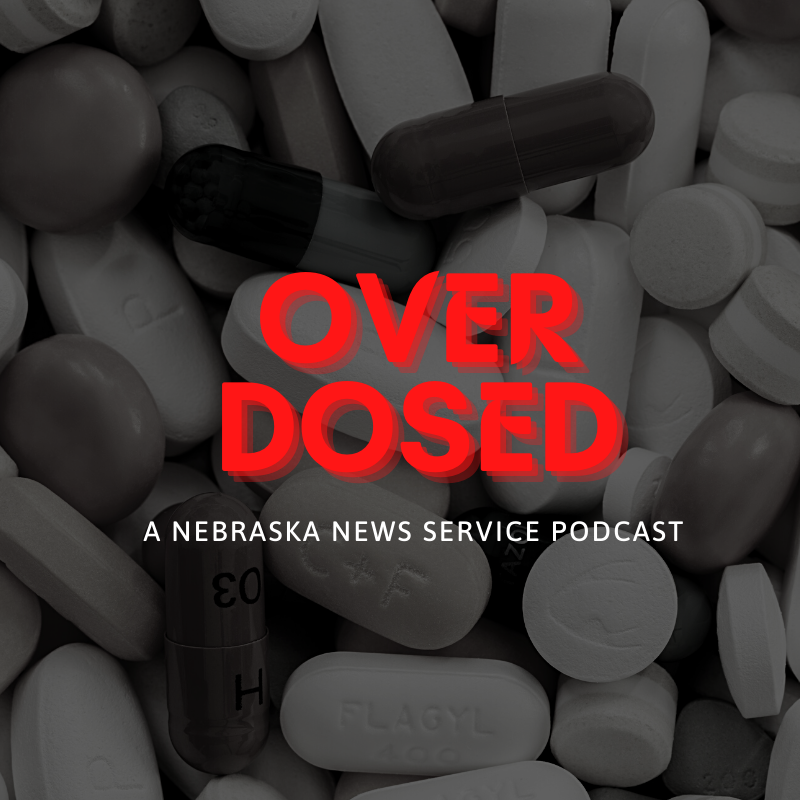 Episode 1: Fentanyl seized in Nebraska in 2021 was enough to kill 13 million

After causing 60% of U.S. overdose deaths in 2020, fentanyl is the nation’s most deadly drug, according to the National Institute on Drug Abuse.

In Nebraska, fentanyl use is increasing, said Emily Murray, public informations officer with the Drug Enforcement Agency in Omaha.

With Nebraska law enforcement seizing enough lethal doses of fentanyl to kill the population of the state six-and-a-half times over in 2021, government officials like Murray are amping up their efforts to educate citizens.

Their message: Fentanyl isn’t just something people see on the national news anymore. It’s here, in Nebraska, and like everywhere else, they are seeing more of it.

In this episode of “Overdosed,” law enforcement officials discuss how deadly the fentanyl crisis is and how it is affecting Nebraskans.

Welcome to the dark web. Here, criminals from all corners of the world come together to operate multi-million dollar empires selling sex, human organs and anything else unfiltered minds can dream up.

Because of its anonymity and lucrative nature, drug cartels are also using the secret corner of the internet to peddle their products. Not only that, but they’re hopping on social media sites like Snapchat to advertise their products.

In this episode of “Overdosed,” two Drug Enforcement Agency agents in Nebraska and a former user discuss the dangerous side of the internet and social media platforms.

With the U.S. seeing a dramatic increase in individuals addicted to drugs, some are questioning whether society’s ideas about addiction feeds the issue.

Jennifer Bender and Kayla Allmendinger were both addicted to meth for several years, and they say they’ve experienced stigma for their experiences. Addiction is often treated as a behavior rather than a disease, they said.

In this episode, we’ll hear from licensed addiction therapist Lauren Friedlander, Bender and Allmendinger, as they share their personal experiences and thoughts about addiction. Find a treatment center near you.

For the 2 million Americans with addictions to opioids, there’s always a chance their body won’t be able to bounce back from their next trip. Opioids are depressants, which means to achieve the desired high, they must slow the user’s heartbeat.

If someone has Narcan, however, they can block the effects of opioids immediately.

Narcan is the powerful overdose reversal drug Naloxone in a nasal spray form.

Public institutions have begun to recognize the power of this life saving drug. The Nebraska Pharmacy Association recently launched Stop Overdose Nebraska: a campaign that aims to get Narcan into the hands of as many Nebraskans as possible. In 2022, Narcan is available in 60 pharmacies.

The campaign is a response to an alarming increase in overdose numbers in Nebraska.

In this episode, we’ll hear from Amy Holman, project coordinator of Stop Overdose Nebraska, and a Department of Health and Human Services representative Davidson Wissing. The two will discuss how their campaign aims to save lives.

Episode 5: Lincoln coalition is hard at work to prevent overdoses

The Lancaster County Opioid Abuse Prevention Coalition, founded in August 2020 by the Lincoln-Lancaster Health Department, may be made up of residents and institutions in the area, but its impact far extends county lines.

Organizations like Nebraska Pharmacy Association, the Nebraska Department of Corrections and Nebraska Medical Association have representatives who participate in these meetings and make decisions that affect the entire state.

In this episode, we’ll hear from Joe LeDuc, whose son died of fentanyl poisoning in Lincoln, and Sandy Morrissey, prevention coordinator at Region V, a local health services organization.

The two will discuss the coalition’s successes, challenges and dreams to make drug-related deaths a rare occurrence.