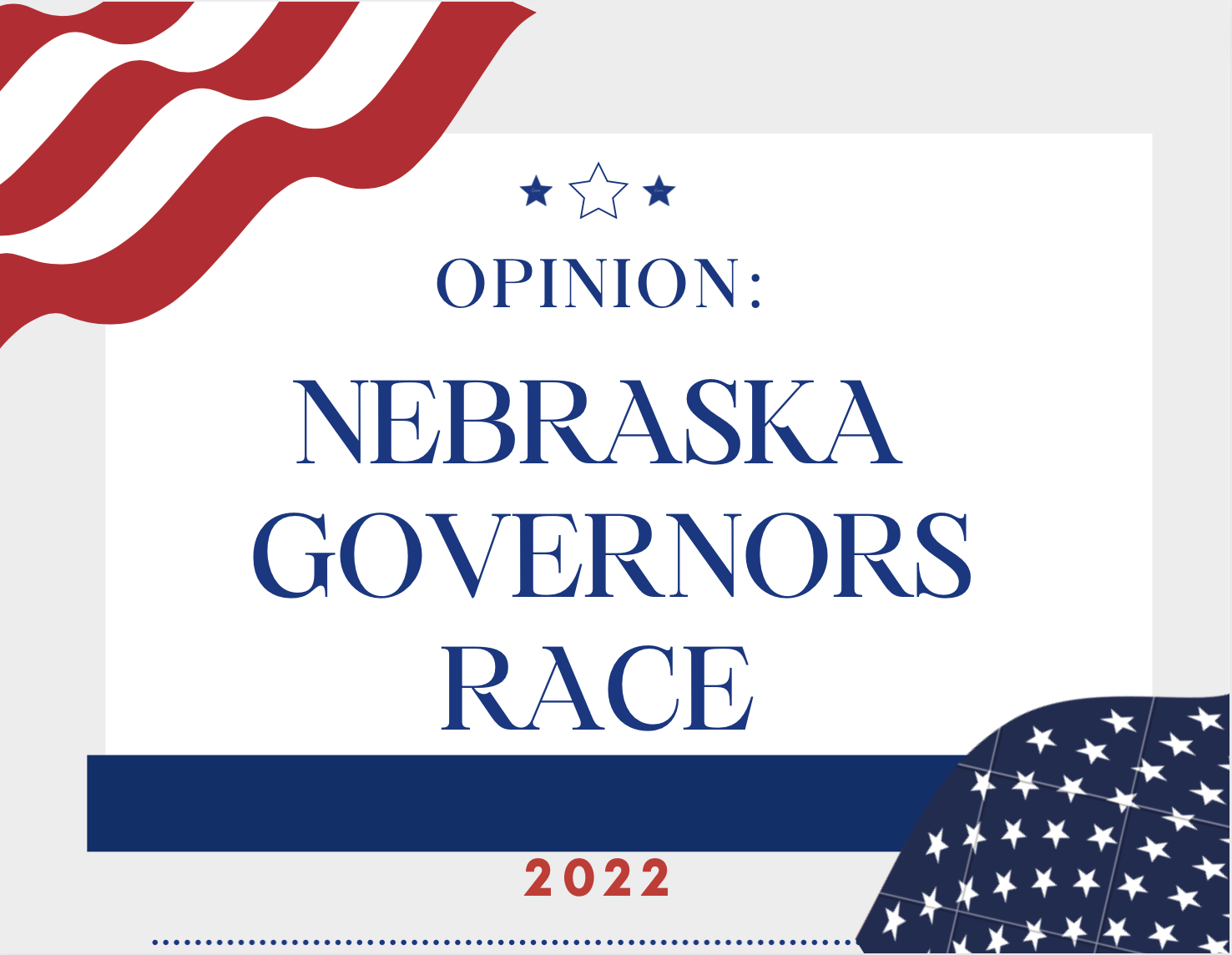 Candidates will face off for Nebraska’s governorship in November 2022. It appears that most of the major candidates, or would-be candidates, have announced their run. On the Democratic side, there’s Sen. Carol Blood of Bellevue. On the Republican side is Nebraska Board of Regents Member Jim Pillen of Columbus, businessman Charles Herbster of Falls City, Sen. Brett Lindstrom of Omaha and former State Sen. Theresa Thibodeau of Omaha.

It doesn’t look like the Nebraska Democratic Party will have anyone else to run, so it’s more than likely Blood will be the Democratic nominee. On the Republican side, the primary will be tense. Herbster seems to be an early frontrunner and was endorsed by former President Donald Trump. Thibodeau was originally running as Herbster’s running mate but left the campaign in July; now she is running on her own.

Regardless of political party, one main theme seen with the campaigns is finding who is right for Nebraska. Most, if not all, candidates claim something along the lines that a governor who can work for all Nebraskans will be best for the state. This is a great, optimistic message and one that can hopefully bring voters together.

Real issues within Nebraska need to be solved, such as our infrastructure and prison situation where the construction of an arguably unnecessary new prison is to be a heated topic next year. Thankfully, some of Nebraska’s congressional delegation understands these issues. Congressman Don Bacon and Sen. Deb Fischer both voted for an infrastructure bill that has been signed into law by President Biden. This bill provided Nebraska with money for roads and water systems. However, the aforementioned issues are almost barely touched on in some of these gubernatorial campaigns. Instead of infrastructure, candidates are talking about critical race theory.

Recently, the University of Nebraska has unveiled a new diversity plan, with pushback from state politicians such as Gov. Pete Ricketts, who has called the plan “critical race theory.” Herbster recently made a tweet about the University of Nebraska, claiming the school has an “extreme socialist agenda.” Pillen also released a statement regarding the diversity plan, saying, “We must fight the crusade to implement Critical Race Theory.” We as Nebraskans have to ask ourselves this: Is this really the top issue a gubernatorial candidate should be focused on? Is this something that could bring progress to our state?

To be clear, the university is not implementing critical race theory. “Critical race theory” has just become a term in the pointless culture wars of our time, along with words like socialism and Marxism. The phrase is constantly thrown around and used as a weapon, but never truly defined. But again we must ask, what problem is combating the bogeyman known as critical race theory really solving for our state?

As someone who loves Nebraska, I really want our state to succeed. Our next governor has to be someone that is focused only on legitimate issues. This editorial is not an endorsement of any particular candidate, but rather supporting the idea of a candidate, Democrat or Republican, who can put divisive rhetoric aside and focus on the people of Nebraska.