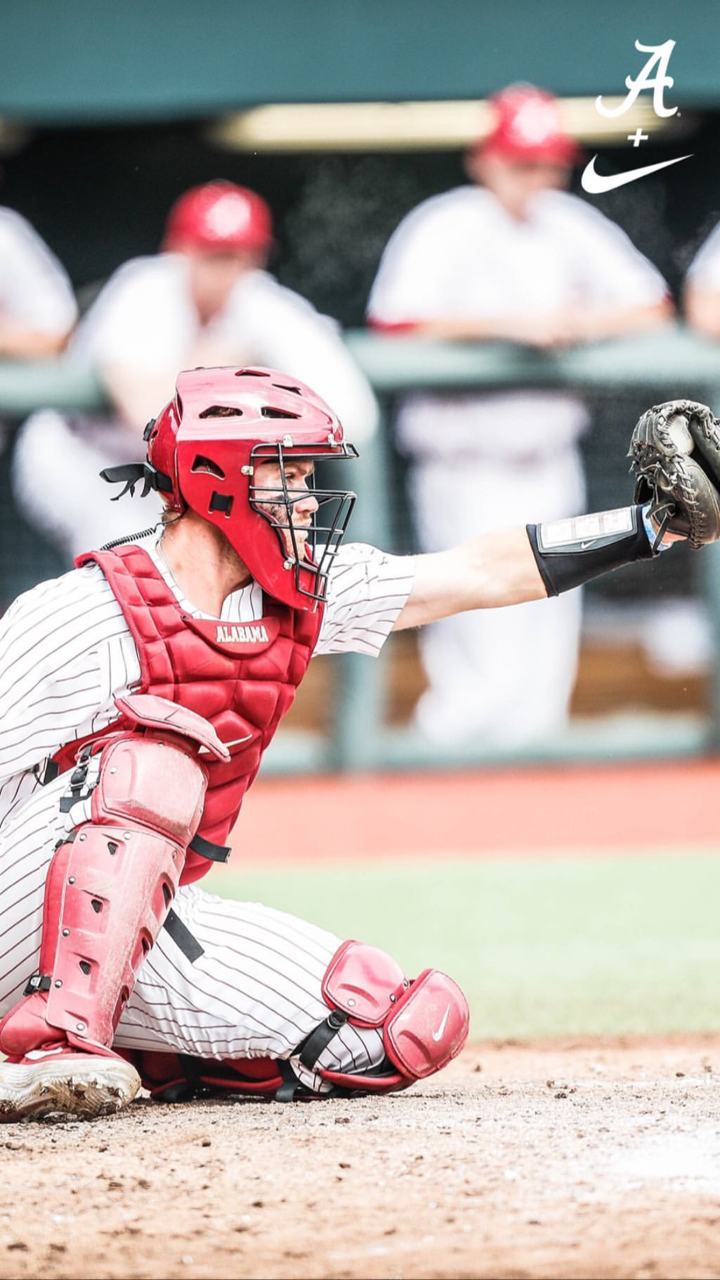 An injury-riddled career has not stopped Johnny Hawk from pursuing and achieving his dream of playing Division I college baseball. The senior at Alabama has been granted a fifth year of eligibility and intends to get back to the diamond as soon as he can.

“I have three weeks left in my throwing program and another month after that before I’m cleared, but I’m fully convinced I could play right now,” Hawk said.

Hawk’s bad luck with injuries began his sophomore year of high school after spending the summer on the Creighton Prep varsity baseball team as just a freshman. The week after tryouts sophomore year Hawk completely fractured both sides of his L5 vertebrae and was unable to play all season in the spring and summer.

“The hardest part during the season was that I had to be around it all the time and not be able to play because if you got to be away from it, it wouldn’t bother you as much,” Hawk said.

After a long season of waiting and watching Hawk was finally able to get back out on the diamond for Creighton Prep his junior year. Unfortunately, he wasn’t able to do so 100 percent healthy.

“My back muscles were so weak from being out for a year I would swing and start to have back spasms,” Hawk said. “It was horrible.”

Still, Hawk was able to overcome his back injury in the spring of his junior year and eventually became an everyday starter for Creighton Prep. From there on out, Hawk would play an important role in three state championships, one in his junior year spring season and two in the summer of his junior and senior years.

Including the summer he spent on the varsity team as a freshman, Hawk was actually a part of four state championship teams in his time as a high school baseball player. In his senior year after winning both spring and summer state, Hawk’s Creighton Prep team even made it to the Legion World Series in Shelby, North Carolina where they lost in the semi-finals.

During this summer that Hawk spent winning state championships and playing in the world series, he was getting recruited to come play baseball at Creighton University. However, Iowa Western had been recruiting him since the summer of his junior year and Hawk ultimately decided it would be better to go there, and it was for one reason and one reason only.

Since taking the job in 2003, Marc Rardin has built Iowa Western into one of the premier junior college programs in the country, with 11 National Junior College Athletic Association World Series appearances and three national titles. His career record with the Reivers is 763-213, and his teams have averaged better than 51 wins in the previous nine seasons.

In his freshman year at Iowa western, Hawk only played in 19 games, but was able to record a .324 batting average with 11 runs batted in and 13 runs scored. Hawk said his game developed “a ton” in his years at Iowa Western because all they did there was play baseball.

“We did 70 days without an off day one year I remember coach Rardin tweeted about it,” Hawk said. “It was two-a-days every Tuesday and Thursday all fall. We started in August and didn’t finish until the end of November so basically our fall ended when we went home for winter break.”

Hawk’s sophomore year, he was able to play in 30 games, 11 more than his freshman year, but once again it would have been more if he had been able to stay healthy.

“I missed about half the season with a concussion because I couldn’t pass the damn concussion test,” Hawk said.

Anyways, Hawk was still able to record 17 hits and 17 RBIs in the 30 games he played helping Iowa Western to the NJCAA DI Junior College World Series championship game in Grand Junction, Colorado. While they fell short to Central Arizona 13-8, Hawk still enjoyed every day he spent with his teammates at Iowa Western.

“What I liked most was how close you get with your teammates because you spend every second with them,” Hawk said. “You live with everyone on the team which is like 34 guys so you’re always around each other and you get pretty close.”

With Iowa Western being a junior college, Hawk was only able to spend two years there playing baseball. Because of his concussion during his sophomore year, he wasn’t able to start the recruiting process with the school he wanted to go to until late in the summer.

Out of all the schools that recruited him, the one he wanted to go to the most was Alabama, for a few reasons.

“The name. It was just sick. Everything there was to do with it,” Hawk said. “SEC baseball, let’s ride.”

When Hawk arrived in Tuscaloosa, Alabama, he knew he had a chance to play, but wasn’t completely sure if he was going to. The Southeastern Conference is one of, if not, the best baseball conference in Division I, and you have to be among the best of the best to see playing time for an SEC school.

“In the SEC rosters are stacked and they carry so many players at every position, it’s just so competitive,” Hawk said. “It doesn’t matter if you’re the number one recruit out of high school who turned down millions of dollars from the MLB, if you suck in the fall, you ain’t gonna play in the spring.”

With four catchers on the roster his junior year, Hawk must have not sucked in the fall, because he was able to see playing time in the spring. While it was crazy for him to play in his first Division I baseball, it really hit him when he got his first start against an SEC opponent, one he has been very familiar with his entire life.

“I had played against Arkansas and Ole Miss before that, but I didn’t start any of those games until the third SEC weekend when I started at Florida,” Hawk said. “I watched them play in Omaha growing up, so it was cool to see my name in the lineup there and get to go compete against a program I’ve seen playing my whole life.”

Since Hawk was born, Florida has been to the College World Series nine times and even won the national championship in 2017.

Throughout this entire experience Hawk’s junior year, another injury made it difficult for him to play to the best of his ability. Hawk hurt his ulnar collateral ligament in his right arm which made it almost impossible to throw a ball over even hold a bat.

Still, this was just another injury that Hawk knew he had to play through.

“It happened the fall right when I got there, but I hurt it sometime in the spring at Iowa Western because it was hurting me when I got to Alabama,” Hawk said.

One of the main reasons Hawk was able to play through such an injury was because of three cortisone injections he received in his right arm. A cortisone injection acts as a powerful anti-inflammatory and can help reduce swelling and inflammation, which in turn can decrease discomfort. Also, these injections may damage cartilage within a joint, so you shouldn’t get cortisone injections more often than every six weeks and usually not more than three times.

Unfortunately, though, the third cortisone shot Hawk received didn’t do anything and he found out the hard way playing one of the nation’s best teams, Louisiana State University.

“We were playing LSU at home and they stole five bags on me in two innings. Like I hit the pitchers mound [throwing from home plate to second base], I couldn’t even play catch and that was the last game I played in all year,” Hawk said.

Before his last game against LSU, Hawk was able to start in 13 games for Alabama and even though he played the entire season with an injured right arm, he still was able to hit three home runs.

From there, Hawk got a platelet-rich plasma, or PRP injection. Hawk said what they do for this is take your blood out, spin it, then re-inject it into your body to try to get it to heal naturally. After this, he took the summer off and tried to come back next offseason to get ready for his senior year.

“I came back in the fall to throw and I couldn’t even throw so I was like, ‘alright, let’s just do the surgery.’ I just couldn’t play,” Hawk said.

He made it through tommy John! You have been through a lot of things over the last few years and you take it like a champ! When others would give up you push on @Johnnyhawk12 pic.twitter.com/CI6hDZkwBB

Since the surgery, Hawk has been going through a throwing program to rehab his throwing arm and is already feeling ready to play again. But, with the baseball season this year being canceled, and players from Alabama that should have been leaving possibly coming back, Hawk is unsure what he’ll do next season.

Regardless, Hawk has one more year of eligibility remaining and nothing is going to stop him from using it.