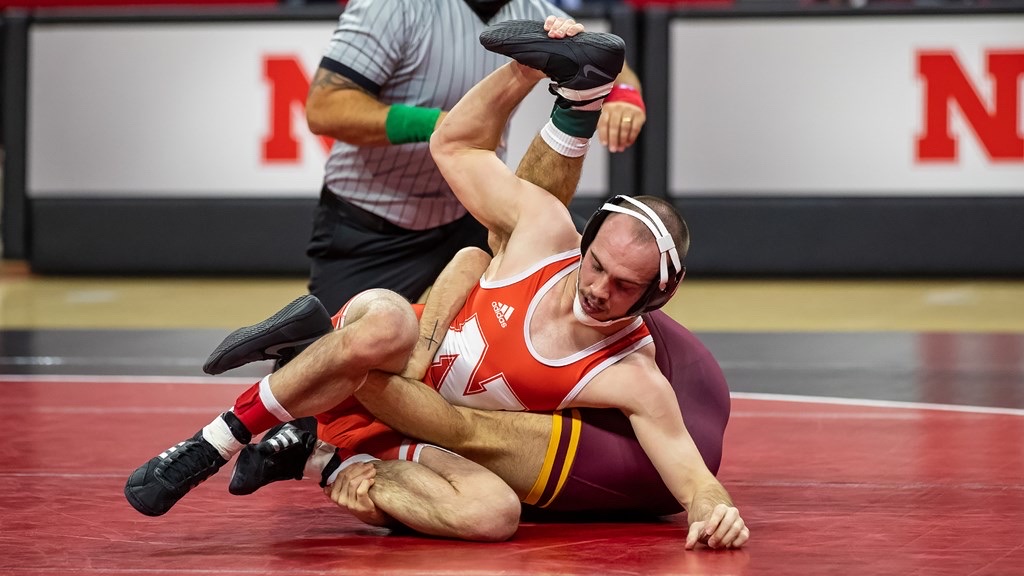 Brock Hardy is not your ordinary college wrestler.

In high school, Hardy was a four-time state champion in Utah and a five-time first place finisher at the USA Folkstyle Nationals. By the time he graduated high school in May of 2018, he was a highly-ranked recruit who boasted a 185-4 record.

Hardy was recruited throughout the country from multiple schools. But his wrestling journey did not continue on to college right away. Despite committing to the Huskers and signing with them in 2018, he did not immediately go to UNL coming out of high school. After graduation, Hardy served a two-year mission trip in Rio de Janeiro for the Church of Latter Day Saints, something that was important to Hardy and what he had wanted to do for some time and something that continues to shape him.

“It was a unique experience for me to travel outside the country, which was something I have never really done,” he said. “Just the experience of being somewhere new and doing something that I am passionate about without always thinking about wrestling made the experience much more meaningful.”

While on the mission trip, Hardy found creative ways to workout to make sure he was still in as close to wrestling shape as he could be.

For Hardy, the experience he had and the people he met made the trip unforgettable.

“I met a lot of great, beautiful people while on my mission,” Hardy said. “It was cut a little short due to COVID, but it was still an experience I will never forget.”

Hardy’s trip to Brazil was a chance for him to help others, learn a new language, and take a step away from focusing on the everyday grind of school and wrestling.

While the mission trip meant no wrestling for two years, the coaching staff at Nebraska was fully aware and supportive about it. Although he was nationally recruited by schools that varied from Fresno State to all the way to North Carolina State, it was the Huskers and head coach Mark Manning that caught his attention.

Manning has coached Nebraska wrestling for over 20 years, and is one of the most respected coaches in college wrestling. After he heard about his high school accolades and then met Hardy and his family, Manning said he knew from the beginning that getting a kid like him would be a great fit for the Husker program.

“He’s a very talented kid, and had a great high school career which caught our attention,” Manning said. “We also loved the person and the family that raised him as well. He was exactly the type of wrestler and person we want in our program.”

Hardy returned from his mission trip after it was cut short due to the COVID-19 pandemic, and started his Nebraska wrestling career in the fall of 2020. Having been overseas for the better part of two years with not as much training as a usual wrestler’s workload, the transition wasn’t going to be easy.

“It was a rough adjustment,” Hardy said regarding adjusting to the life of a student athlete at a Division I school. “It took about a year of training to really feel like the wrestler that I am used to being.”

There weren’t just physical challenges, but challenges to adapting to college life as well.

“It was a complete culture change from where I had been for two years,” Hardy said. “I went from being a part of a pretty isolated environment to now being part of a team with a lot of diverse people made it a culture shock for me.”

Ridge Lovett, a sophomore wrestler and Hardy’s teammate, said he recognized the struggles that his teammate had early on. But it was only a matter of time until he became more comfortable.

“The culture that Coach Manning has instilled with this program has everyone a part of a community where we feel like a family almost,” Lovett said. “Everyone has that adjustment period where it was tough but it just takes time.”

As Lovett pointed out, this was the case for Hardy as it was only a matter of time before the Utah native became more familiar with the change from cultures. Both Lovett and Manning praised the type of person Hardy is and his future as a wrestler with the program.

“He’s become a good friend of mine and I am just excited to see what he can do in the future with all his talent,” Lovett said.

Manning said he also believes Hardy has the potential and the character to compete as a national champion wrestler.

“He’s a real mature young man, raised correctly by his parents who are great people,” Manning said. “I’m excited to see what he can do for us in the next couple of years.”

After he redshirted this past season, Hardy said he believes the best is yet to come.

“This is probably the best I have felt since high school,” Hardy said. “I feel a lot of clarity in terms of wrestling and what my goals are there along with my goals academically and socially as well.”

Hardy’s story on how he got to where he is today is unique, but his college wrestling journey is only just now beginning.