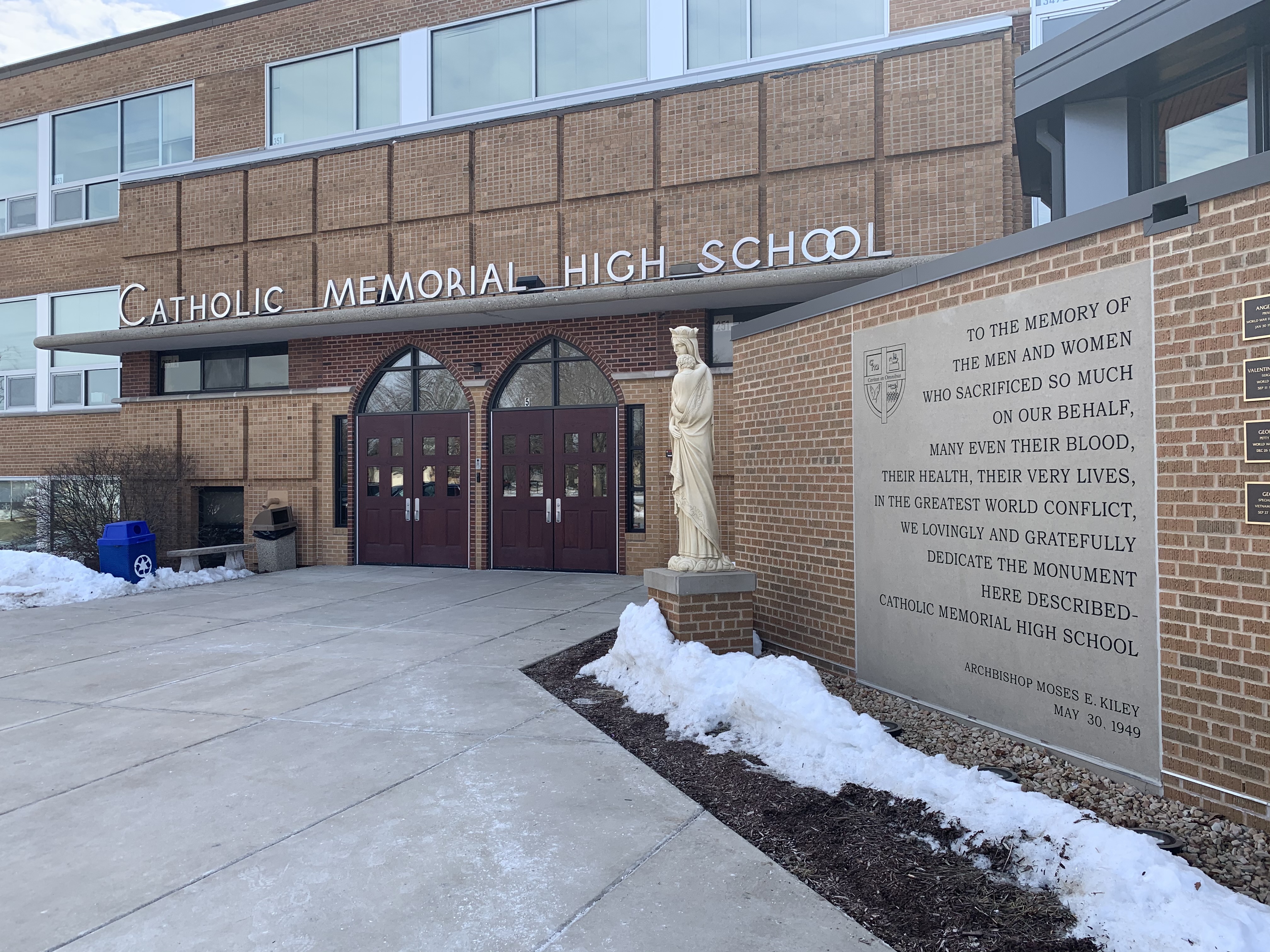 With an enrollment of just over 700 students, Catholic Memorial High School in Waukesha, Wis., is a school that seems to punch way above its weight when it comes to the athletic scene. The students play in a conference of schools with enrollments over 1,000 students, yet somehow they manage to stay competitive athletically.

On top of being the smallest school in its conference, Catholic Memorial also has 33 different athletic teams. Many students regularly play three sports, and even one student competes in four sports in three seasons.

One reason Catholic Memorial is able to stay competitive is because of the sports video platform Hudl, which allows coaches to easily share videos of games and practices to players so they are able to see what they need to do to improve. They are so competitive, in fact, that they have run out of room in their trophy cases and are currently storing them in a closet.

The head football coach for Catholic Memorial, Bill Young, has been coaching for 45 years at the school. Just this last year, Catholic Memorial won back-to-back state football championships, making that a total of nine championship titles under the leadership of Young. He attributes his team’s success to the Hudl platform.

“I am not a big technology guy, but I sure do know how to work my Hudl. It’s just the best,” Young said.

This year, Catholic Memorial coaches are also big proponents of the Hudl Sideline program, a system that allows viewers to watch film on iPads during the game. Watching the video in real time during the game allows teams to make more effective adjustments mid game.

Along with the football team, the basketball team is also using Hudl and trying a new piece of hardware, the Hudl Focus camera, an automated camera that records from a phone. The camera will track any activity in the gymnasium from basketball games to cheer and dance. Athletic Director Matt Bergan said he loves the way the Focus camera can be used.

“I love how quick and easy it is on your phone,” Bergan said. “I even use the camera to see if the lights are on or off in the gym at night.”

Beyond regular ball sports, Catholic Memorial is looking to use Hudl as much as it can even possibly using it in the weight room to analyze weightlifting technique and more.

“It is cool to go to these schools and see the excitement when they talk about our product,” Hudl support specialist Colby Becker said. “It also allows us to get feedback from them on possible adjustments we can make to the system.”

Hudl representatives visited Catholic Memorial to get the school’s account set up and maximize Hudl Focus’ potential even more.

In a school that is much smaller in student population than every other school in its conference, Catholic Memorial shows that it isn’t about enrollment but about getting the most out of the student athletes while encouraging a culture of competing in multiple sports and also staying ahead of the curve by taking advantage of technology.