It’s no surprise that professional golfers make a great wealth with participation in each event. According to Golf.com, Tiger Woods made a comeback and won the Masters along with being the 16th highest paying overall athlete earning $43.3 million in the 2018 season. Phil Mickleson who was ranked 21 in the 2018 season didn’t fall short behind Woods earning $41.3 million dollars.

According to an accomplished competitive golfer Ron Philo Jr.’s article published on the PGA website, “To Score Better, Focus On Scoring The Shots,” the score in a round of golf is determined on the compilation of shots hit, and that short game accounts for more than half of the golf score.

Therefore the assumption is the short game determines professional golfers incomes. But does it? 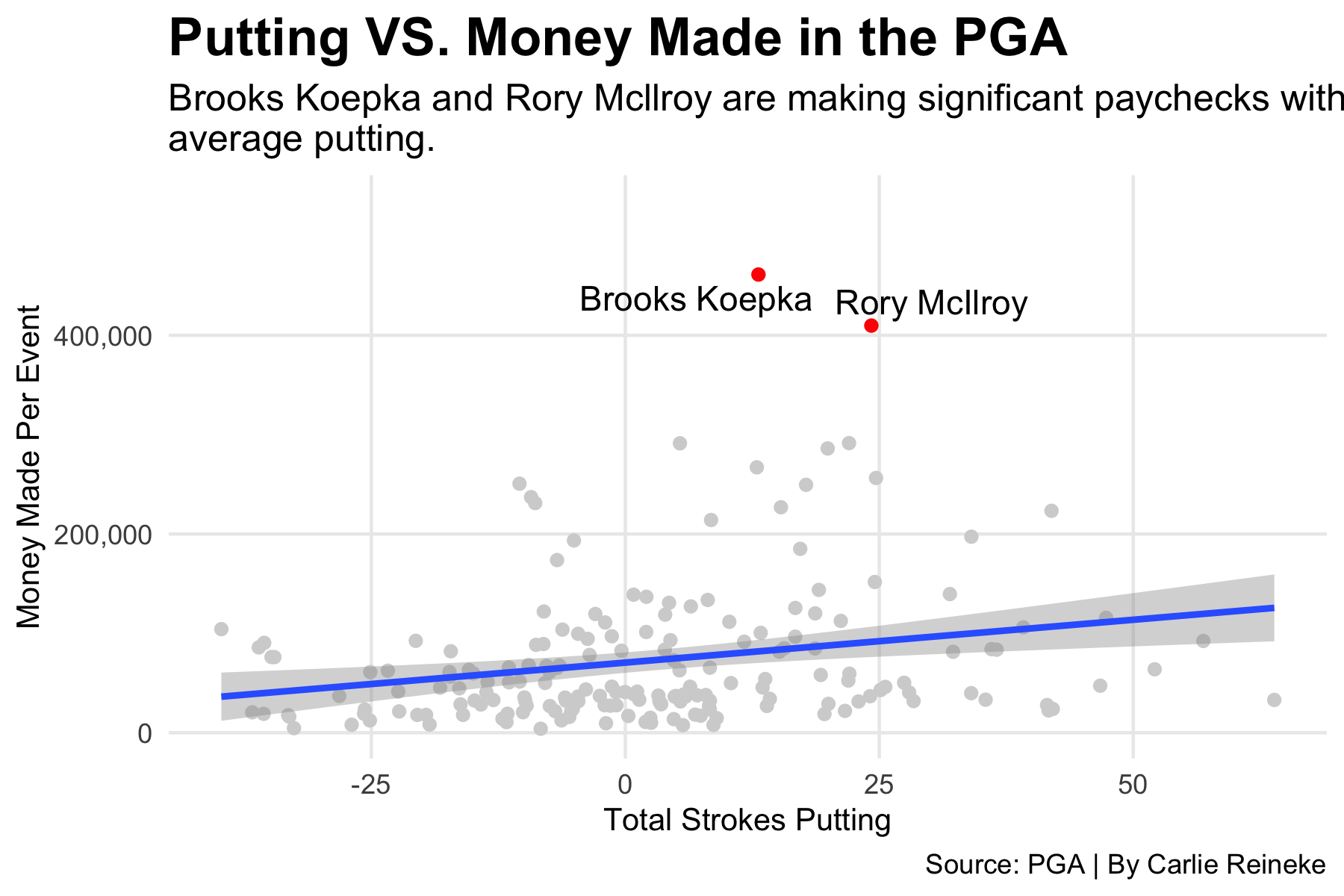 Brooks Koepka and Rory Mcllroy, are the only two who are making over $400,000 per event due to their total strokes putting. There is a huge gap between $400,000 and $300,000 with zero golfers in this margin. The two golfers who are making the most money are average putters. 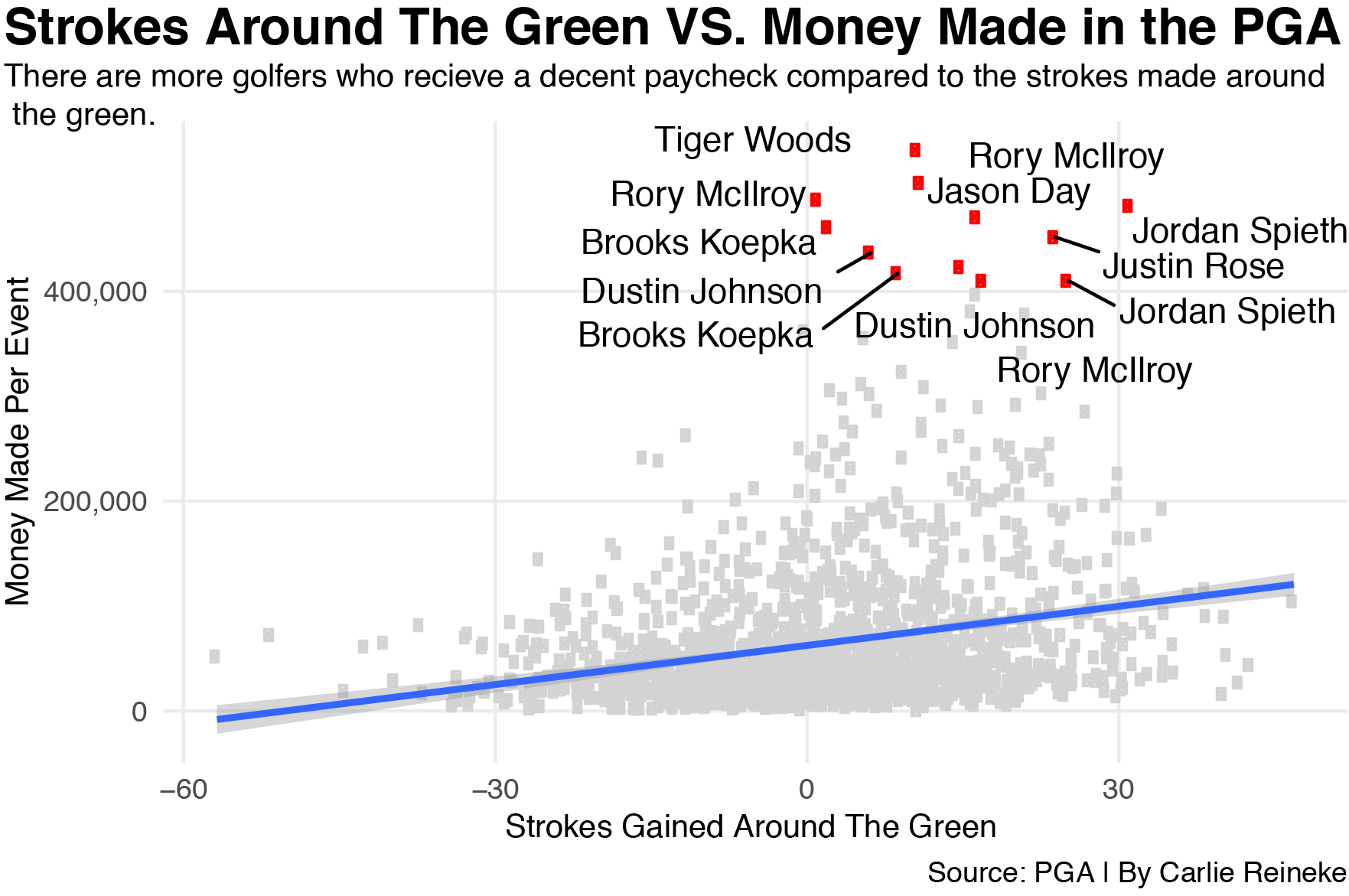 By comparing the golfers who made over $400,000,  there were some additional golfers who made the cut compared to the strokes gained putting. Brooks Koepka and Rory Mcllroy remained around the  same spot, but it’s worth making a note that Tiger Woods surpassed Koepka and Mcllroy both, making more money and a little better strokes around the green average.

Does this say something about Tiger Woods strokes gained putting? 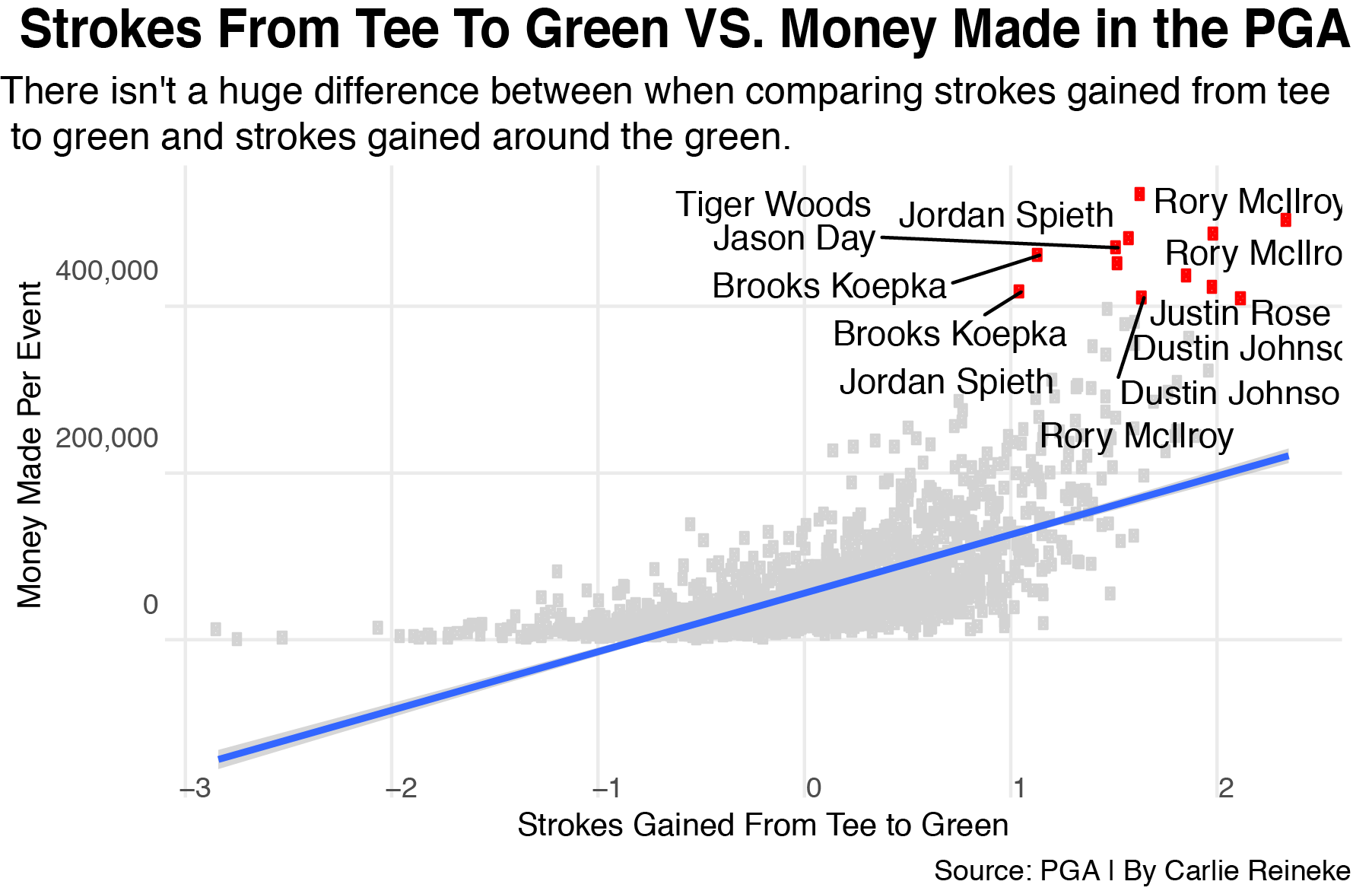 The outliers for strokes gained from tee to green and strokes around the green are the same golfers but just shifted due to how well their average is.

Strokes gained from tee to the green can predict 44 percent of how much money professionals will earn. The first shots from the tee are very valuable according to this data.

Among the articles, golf pros, and amateurs who preach a better score or making more money lies in the hands of a putter or wedge has been statistically proven wrong. There are an abundant amount of factors that contrast a golfers paycheck. When competing at such a high level of golf, professionals must excel in every aspect of the sport.