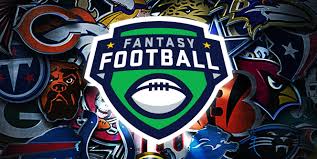 The Real Draw to The NFL: How Fantasy Football significantly affects NFL viewership

The most popular sport in North America: NFL football. It’s only on for a few months out of the year. Many types of demographics are drawn to these games. Even fans without favorite teams. Why is that? There is one clear cut answer. Fantasy Football. It is the most interactive game ever and gives people all over the world a sense of belonging to this amazing league.

The popularity of the NFL has skyrocketed over the past decade. According to NFL.com, a Harris Poll said that 59 percent of Americans follow the NFL. This is up 10 percentage points from the last decade. That can be traced back to fantasy football, as the popularity in fantasy football has increased at an identical rate. See a correlation?

I did a poll that featured a sample size of 50. Out of those 50 people, 43 either were currently playing fantasy football or had in the past. That is 86%. Yes, sample sizes can vary, but that is no outlier to the statistics that occur around the rest of the nation. Forty million Americans play fantasy football every year. That’s more than double the amount who played a decade ago.

Oh, not to mention, the sites that host fantasy football are raking in the dough as well. The average participant spends $465 a year on fantasy. It doesn’t take a genius to figure that math out. That is a lot of money. That is what the NFL is drooling over.

There is a very popular way to watch the NFL nowadays. This would be via NFL Redzone. This is where there are no commercial breaks, no pause in action, and strictly scoring plays. You are able to keep up on all of the days points with this channel. It skips through the long, boring drives, and gets you to the money making plays.

Why does this channel offer this? Fantasy football. That’s why. That is the big majority of why the channel is so successful. Fantasy football players make their biggest point plays on scoring plays, so they want to follow all of the scoring plays that feature their players. So, they turn to NFL Redzone. It is a perfect business plan for a TV network.

I interviewed local student Austin Hart about fantasy football. Some of the findings gave me good insight on how this hobby got so popular. When I asked what got him interested in fantasy football, he responded with: “I like the competitive nature of it. Doing the fantasy drafts are a lot of fun. Getting to do that banter back and forth with your friends and bragging about when you get wins is always fun.” – Hart.

Hart came into fantasy having previous knowledge on the NFL like many fantasy players do. However, it gives them more of an insight to the game. “It helped my knowledge in knowing who is paying and who is on what team.”

So, it definitely can increase ones views on the NFL, no matter how big a fan you are. However, it can negatively affect things as well, which is one thing NFL teams have noticed.

That quote was very interesting to me because I thought that would be something the NFL might look at in controversy because there could possibly be players or coaches involved in fantasy and they could throw games on purpose to win money or other bets. It hasn’t surfaced in a big way, but is something to keep in mind.

Fantasy football has a huge hook. Personally, I am a huge football fan. I am more of a college football fan, since I grew up in Lincoln, Neb., it’s hard not to be Go Big Red, but I do have a favorite NFL team. Since my Huskers roots are so deep, those roots lead me on to an NFL team. When former superstar DT Ndamukong Suh was drafted No. 2 overall by the Detroit Lions in 2010, I had to become a fan of that team.

It was an easy decision, but I knew I was along for quite the ride, joining a fan base of one of the worst teams in the NFL over the decade leading up to that year. Fast forward nine years, and it hasn’t been great. However, I am a loyal fan and will stay that way. Detroit will get its chance.

This year has been different for me. It’s the first time I decided I wanted to join in on the fun and play fantasy football with my friends. And I do have to say, wow, has it changed my views on the NFL.

I was a fair weather NFL fan coming in to this year, but now I can proudly say that I am a die-hard NFL follower. Is this because of the Detroit Lions? No. It is because of fantasy football. This is something that does truly affect viewership, as I experienced first-hand.

I find myself watching NFL Redzone. I find myself checking on injury reports throughout the week. All because I want to get those bragging rights over my friends. It’s not for an amount of money, or some crazy bet, it is simply for bragging rights. Competition is there in fantasy football. In the best ways.

This is something that I will continue to go down the path of adventures with over the years, and will probably find myself turning into the guy that has all of his buddies over for lunch and a fantasy draft at my house when I’m in my 40’s. But hey, if fantasy is always this fun, sign me up.

It is not an accident that NFL viewership has gone up significantly over the last decade right along with fantasy football. It only makes sense. Without a doubt, fantasy affects NFL viewership in many ways. It is only going to continue from here on out.

Ilum Hansen is a sports writer for UNLimited Sports, who is graduating Dec. 21, 2019. Follow him @ilumhansen on Twitter.