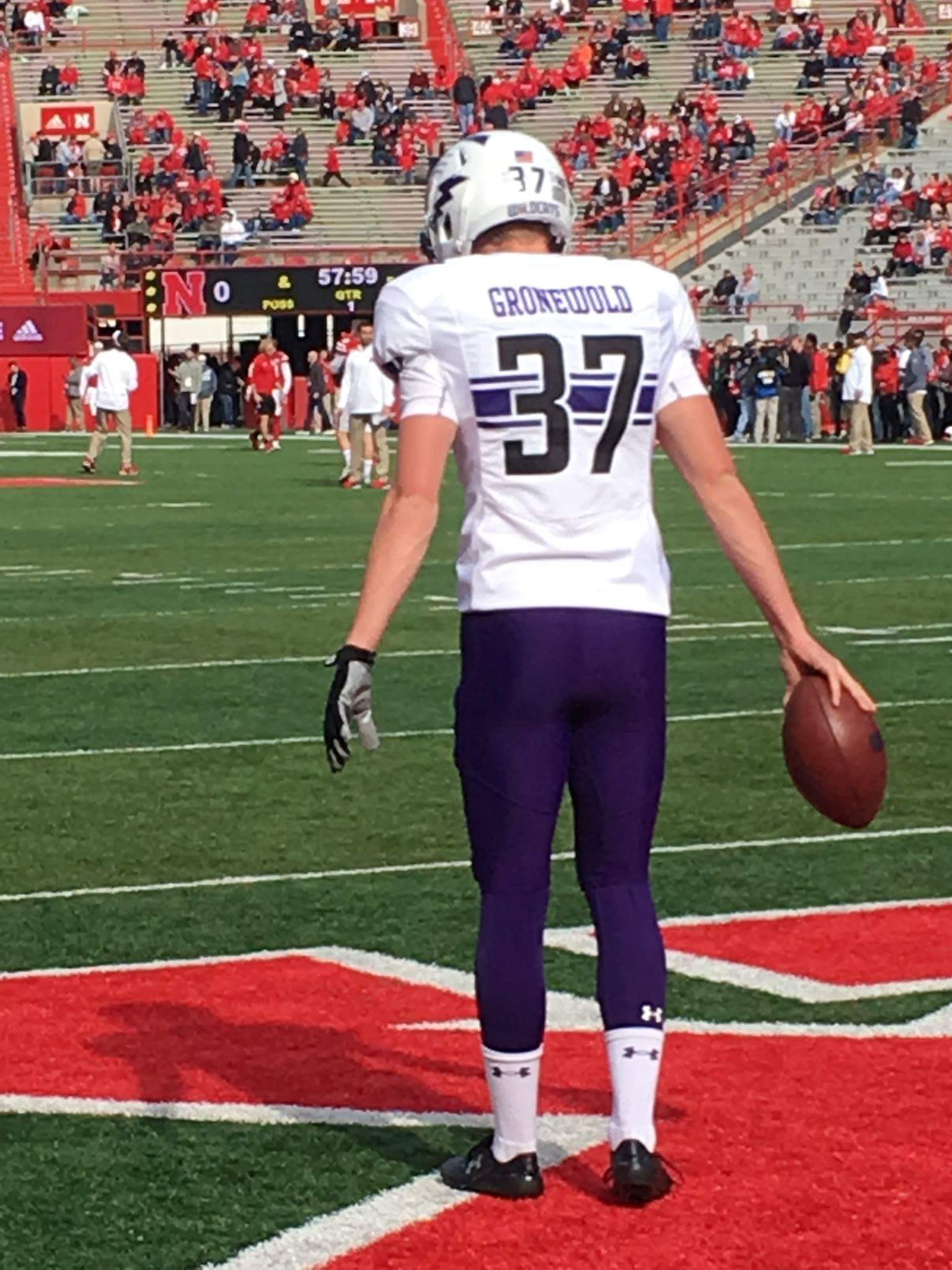 Cody Gronewold was the recipient of those words, and now he had a decision to make.

“We want you. Now you just have to decide if you want us,” Fitzgerald continued.

The junior punter didn’t know it at the time, but those words were coming from his future head college football coach.

Cody grew up in Lincoln, Nebraska, playing soccer and football and swimming from a young age. As a tall, lanky pre-teen, he lined up at wide receiver on the football field, but being a prominent soccer player, he knew there might be a better fit. When he started high school at Lincoln Northeast in 2013, he got his chance.

“[Cody’s] coach says ‘hey we need a kicker,’ and asked the whole team,” his dad Jeff Gronewold said. “And [Cody] raised his hand.”

From there, everything fell into place.

Cody started his career as a kicker on JV and reserve teams for the Rockets, before moving to the varsity roster as a sophomore.

“He just really liked kicking. And it was something he felt very confident with,” Jeff said.

Confident, and talented, Cody’s new position brought him to a small, local kicking camp, which sparked an idea in his family’s heads.

“The head of the camp actually walked up to my dad and said ‘he will be playing on Saturdays,’” Cody said. 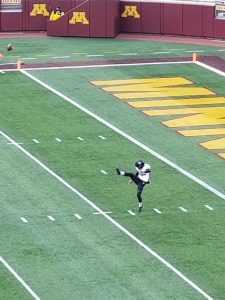 The next three summers for the Gronewold family were spent traveling to kicking and punting camps all around the country.

By his junior year, those camps turned into recruitment trips. Cody and his parents traveled to kick at camps hosted by schools that were recruiting him. The school that stood out to him the most was Northwestern.

“It’s a really interesting process, and NU was just really upfront and honest with what they have to offer and what my role on the team would be,” Cody said.

“He’s an amazing person,” Jeff said. “He just motivates you, and Cody really liked what he heard.”

The Big Ten School nestled 15 miles from Chicago, also stood out to his parents from an academic standpoint, as their son didn’t just have a strong leg, but good grades as well.

“We’ve known Northwestern was a good school, I mean what do they call them, the Standford of the Midwest?” Jeff said, “They’re just a great academic institution.”

But Cody wasn’t quite sold. Strongly considering his future, Cody made his way up to another punting camp near Waukesha, Wisconsin, where his friend, Nebraska punter Sam Foltz, was also in attendance.

Throughout the camp. Foltz talked up Cody’s offer to Northwestern, encouraging him to make the commitment official.

“He was a major player in why I ended up coming here,” Cody said.

Later that day, Foltz passed away in a car accident while leaving the camp, but his impact on Cody extended far past those conversations in Wisconsin.

“He did have an impact on Cody,” Jeff said. “Sam was a walk-on to begin with, he was just a down to earth guy, and that really kind of got him jazzed up.”

A year later, Cody started his collegiate career at Northwestern University, a harsh competitor of Cody’s home town team in the Huskers.

Coming back to play in Lincoln is always a special for Cody, not only knowing his family is in attendance, but playing against the team he grew up watching.

“It’s kind of cool to be in it,” Cody said, “to be on the field, to really understand what that’s like, after watching growing up.”

Despite being a Nebraska alum, his dad and the rest of his family have fully embraced their son’s new school, flying a Northwestern flag from their yard, and receiving grief from their friends in the process.