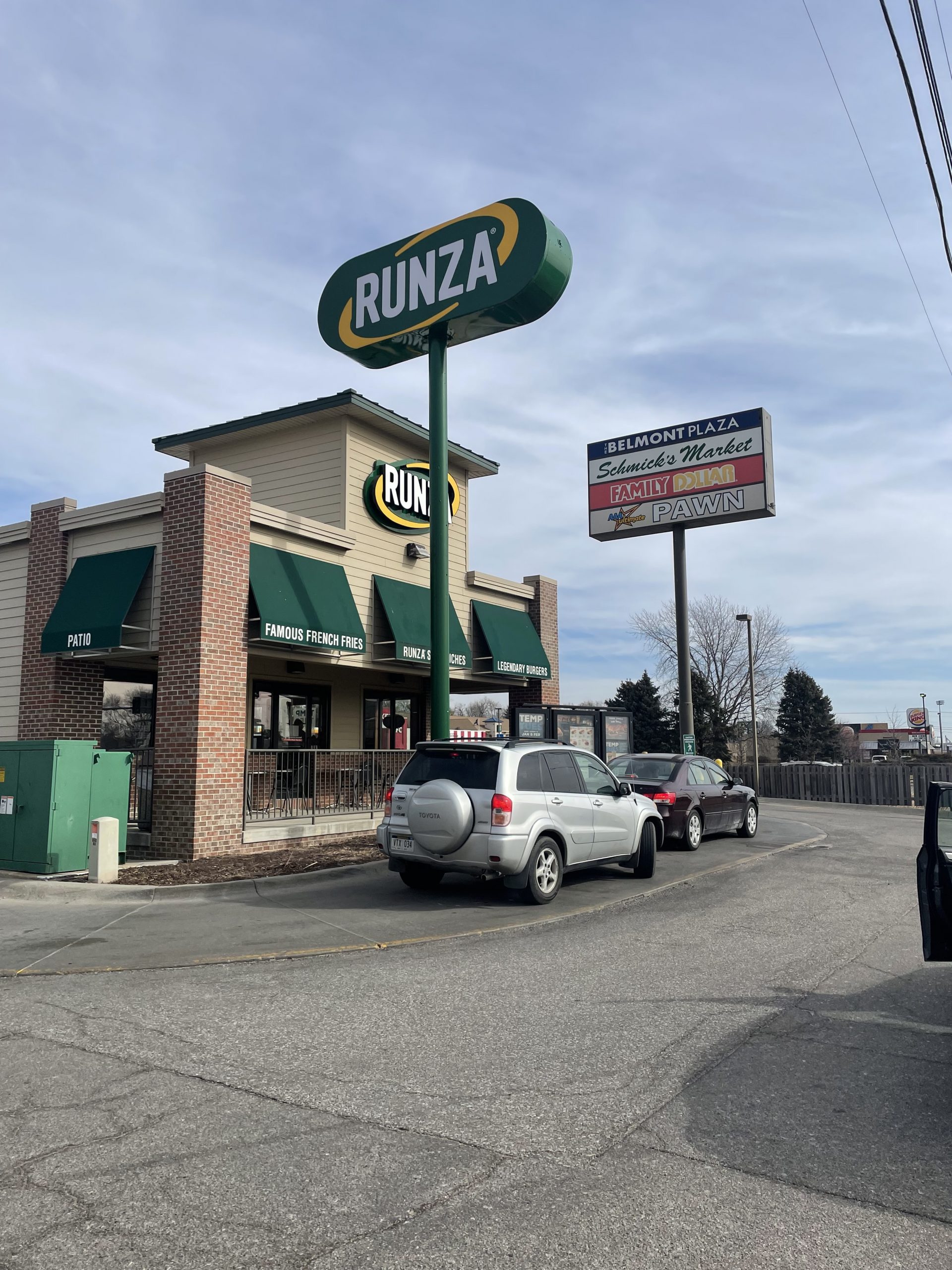 Name, Image and Likeness (NIL) has completely changed the game in college sports as we know it. Many local businesses and restaurants have hopped on board and reached out to Nebraska college athletes to do sponsorships with them.

The business or restaurant gets nice advertisement with an athlete that the local population will know, and the athlete is getting money.

Runza, a local Nebraska fast-food restaurant, is one of the businesses that has dipped into the NIL pool.  While a Runza might be very foreign for opposing fans, it is nearly worshipped in Nebraska. Nebraskans have grown up with it and it’s become a staple to local cuisine.

University of Nebraska-Lincoln seniors Nick Lamb and Ben Salmon said they have been lifelong Nebraska athletics fans and Runza fans. They said they like that local businesses like Runza can now pay college student-athletes to be spokespeople.

“I think this is long overdue,” Lamb said. “NIL has been an idea that has been in the minds of college athletics fans forever and I am super glad it has finally come to fruition.”

They were both very excited for the new NIL movement to come so close to home.

“Not only will this help college athletics but it will also be huge for local restaurants and places like that be able to get more attention,” Salmon said.

NIL has provided the opportunity to combine fans’ love for the Huskers and Runza with Nebraska athletes getting sponsorship deals with the fast-food chain.

“Being that NIL is so new, it’s a bit like the wild west in terms of opportunity,” said Becky Parrot, Runza’s head of marketing. “We chose to work with Opendorse and their Deals platform to recruit and communicate with student-athletes… Our deals have focused on social media posts thus far. The student-athlete submits a draft post via the Opendorse chat for us to review & approve. From there, they provide proof of post in the platform and we confirm payment.”

With NIL so new and unexplored, many do not know exactly how to go about it. NIL was approved by the NCAA to take effect July 1 last year. Parrot said Runza offered $50 deals to the first 100 student-athletes from Nebraska universities and colleges to sign on to the Deals platform. The company worked with Omar Manning (Nebraska), Bella Hogue (Nebraska Wesleyan), Diego Gutierrez (Creighton) and Cameron Binder (Nebraska-Kearney).

Runza reached out to a variety of student-athletes. Parrot said this could be a very good chance for lesser-known athletes to make a name for themselves and become more noticed. It will also give smaller schools that might not be as well known a bigger stage to show off their star athletes.

“Beyond sponsorship deals with colleges and universities, NIL allows us to focus in a more granular way on specific schools, sports, and certainly athletes,” Parrot said. “Having our logo on an LED board at Memorial Stadium for seven home games is great but featuring a new product through the eyes/following of a student-athlete is a unique targeting opportunity. At this point, I see NIL as an important part of our athletics marketing strategy for the foreseeable future.”

Nebraska fans will be seeing their favorite Huskers doing NIL deals with Runza for the foreseeable future.