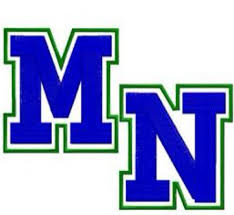 Millard North has one of the best basketball programs in the state, with talent all over the floor and at all grade levels.

Hunter Sallis, who will be a senior this season, is a five-star recruit with offers from 23 Division-I schools. He is a 6-foot-3 inch shooting guard who averaged 22 points a game last year. He is almost certain to be playing at one of the nation’s elite college basketball programs starting in the Fall of 2021.

“The first visit was September 9 of last year, and the last one was somewhere in March,” said Tim Cannon, Head Coach of the Mustangs.

Saint Thomas is next in line. The small forward averaged 15 points and 6 rebounds last season as a sophomore. He now has offers from nine Division-I schools.  He says his freshman year was frustrating. He expected to be at least on the Junior Varsity team but was demoted to the Freshman team.

He took it personally. Especially when people told him he was not a big-time college talent.

As a result, he said he dedicated himself to be in the gym every single day, sometimes skipping lunch to get his shots in.

And he got a little help. He grew to be 6-feet 6-inches tall and bulked up to 200 lbs, according to Rivals.com. He jokes that helped him become a Division I talent.

Millard North has another Division I talent in the class of 2022. Jasen Green a 6-foot 7-inch power forward. Last year he averaged 11 points. Green already has 3 division I offers.

Sallis, Thomas, and Green have a little business to take care of this season. Millard North was 3:45 away from its first-ever state championship. They blew a fourteen-point lead, losing to Bellevue West 64-62.

“We played like we were tired the last two minutes,” Thomas said. “That’s the most important part, the game’s never over until it’s really over.”

One more thing that keeps these three young men in the gym.