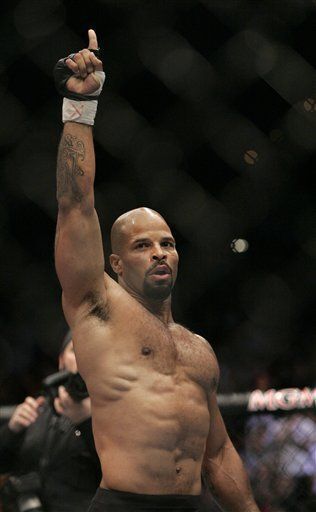 Fight. A five-letter word with an abundance of meanings. Many humans live to fight for many things. Family, friends, justice, civil rights, equality, freedom, respect and the list goes on. Fighting does not always mean a brawl or protecting yourself. When you’re good at it and people start to notice, you can make a living out of it.

That’s what happened for Houston Alexander, the former UFC combatant and current mixed martial artist, who escaped bullying and hardships to pursue his career in fighting.

Growing up, Houston lived with his mother in East St. Louis, Ill. As a kid, he would always watch a Mutual of Omaha TV program, Wild Kingdom, to pass time. When he turned 8, his mom told him they were moving to Omaha, Neb., not only because his aunt lived there but because she was escaping an abusive situation as well. Houston has been living in North Omaha ever since.

This profession would not only change his life but also provide him with the resources to make an impact on others, inspiring and motivating the youth whether it’s local or around the globe, and express his student knowledge of his passion for hip-hop.