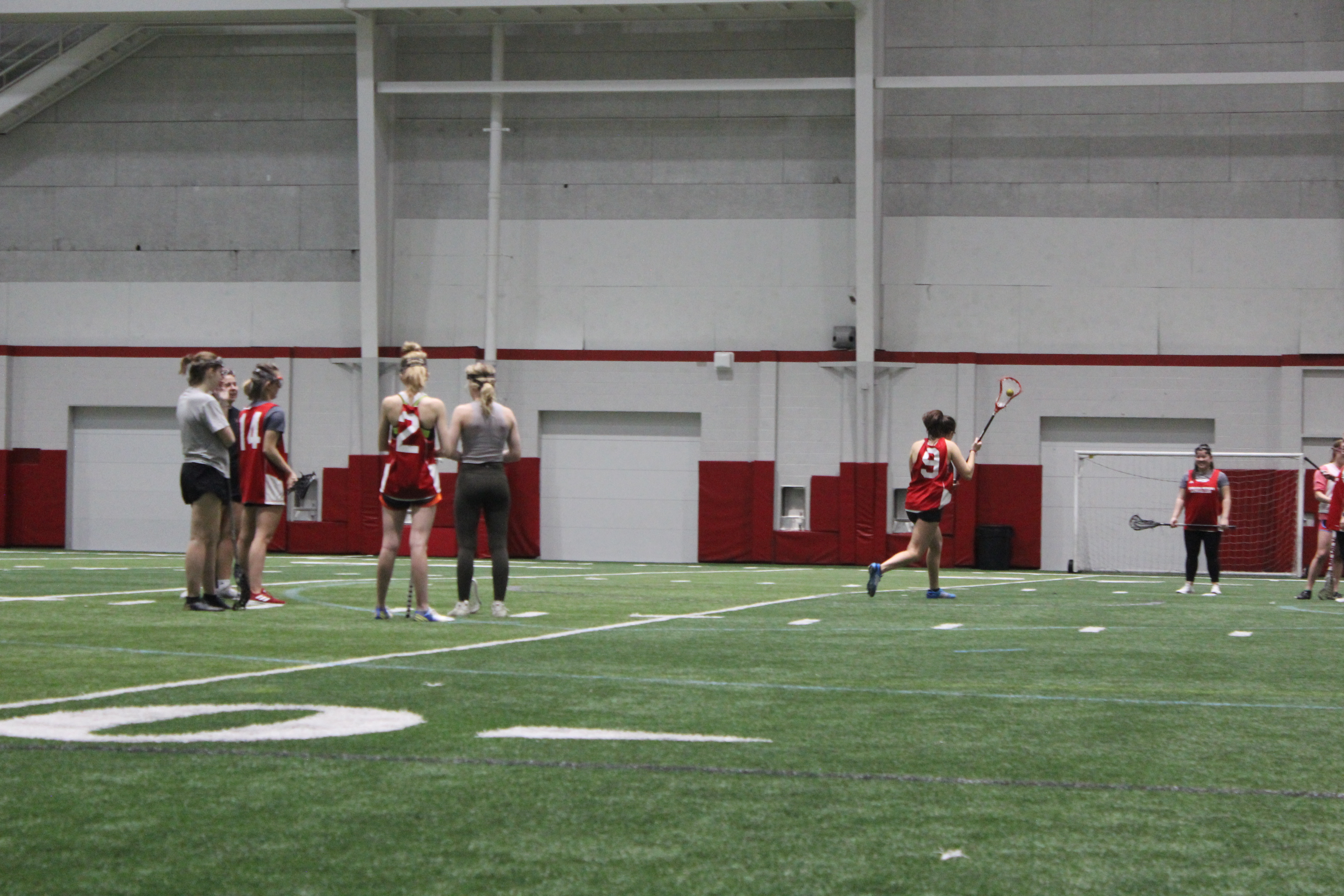 It all started when Brian Kitten was watching TV with his son, Eli, and a lacrosse game came on ESPN.

“My son goes, ‘Dad, I wanna play,’” Kitten said. “He started watching it, and a week or two later … the Y always sends out their flyers about sports and all that stuff, and there it was — lacrosse. I said, ‘Hey Eli, you wanna try it?’ And he goes ‘Yeah,’ so that’s how it started.”

Lacrosse was originally a Native American sport originally called stickball. Many versions were derived from different tribes, and men predominantly played the game of inserting the ball into a net with a stick.

Today, women’s lacrosse is most similar to the game played by Native Americans as it is a skills-based, strategic sport and does not allow body contact — only stick-to-stick contact. For men, the game developed into more of a physical sport because it involves hitting and checking, while still relying on the same basic skills used in the Native American versions.

Lacrosse is most popular on the East Coast because that’s where the Native American tribes that created and played it originated from. It’s also relatively popular along the West Coast, especially in California. The growth of the sport in Lincoln, Neb., has recently started expanding with youth, high school and college teams and leagues such as Lincoln Youth Lacrosse, Lincoln Liberty Lacrosse, Lincoln Rampage and the University of Nebraska-Lincoln Women’s Club Lacrosse team popping up in recent years. 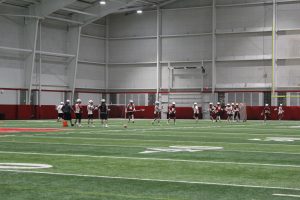 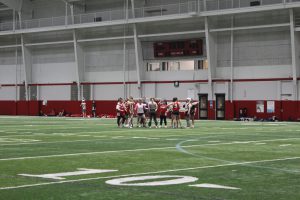 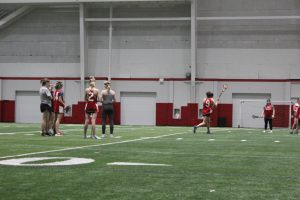 Locally, Kitten helped start the Lincoln Youth Lacrosse league in 2015 when Eli, now a sophomore in high school, had outgrown playing the sport at the YMCA and was ready to take his game to a more competitive level.

Since then, Kitten has served on the Lincoln Youth Lacrosse board as its treasurer, wanting to support his son and help spread awareness for the sport of lacrosse. The organization has grown from 17 players to over 100 in five years. Kitten said the league promotes itself on social media such as Twitter and Facebook and has found that the best way to recruit players is through community outreach.

“We’re doing what we call TryLax Events … it’s for brand-new players,” he said. “We set up stations, and they come out and they get a free stick, free ball. It’s $45 to come out and try the sport.”

Additionally, the league goes to local schools and teaches lacrosse fundamentals in physical education classes as well as in after school programs.

Kitten believes that just getting a little exposure to lacrosse is helping people develop an interest in the sport.

“It’s such a fun sport,” Kitten said. “There’s so many different elements of basketball, elements of hockey … It’s just a really, really well-rounded sport, and the great thing is that any kid can pick up the skills really, really fast.”

The UNL women’s club lacrosse team, which formed in 2016, also gets involved within the community by volunteering with the Lincoln Rampage, a local youth program that started a women’s team this year.

“The sport is a community,” Emily Olsen, UNL women’s club treasurer, said. “I got some experience recruiting on the younger side, starting at age 5 or 6.”

Olsen believes that men’s lacrosse is more popular and has had more success in growing the sport because of a male willingness to try.

“Men’s lacrosse is more physical,” she said. “And I think men are more willing to try a new sport.”

Olsen herself didn’t start playing lacrosse until her freshman year of college, though she did play high school sports.

“There was a girl in my calculus class; she was one of the founders of the team looking for players. She asked me if I was willing to try it, and I was a freshman so I didn’t have that much homework, so I did,” Olsen said. “I picked it up quickly and fairly easily from my previous sports background. It wasn’t long after that that I fell in love with the game.”

While the sport is growing, she still sees recruiting new players as a bit of a struggle and said people have become interested in lacrosse because it’s new and fast-moving while containing familiar elements from hockey and basketball.

“It’s hard to grow lacrosse in the Midwest because it is a coastal sport,” Olsen said. “The biggest thing is just to get our name out there.”

Growing up in Omaha, Olsen’s experiences and perception of lacrosse have been different than her teammates.

“Our president is from Minnesota, and she said the sport started to grow there around when she was in middle school,” Olsen said. “So, I think Nebraska is just a little further behind. When I went to high school, we didn’t have a women’s team, only a men’s team … I definitely think it’s growing, just at a less rapid pace, but hopefully, it’ll pick up.”