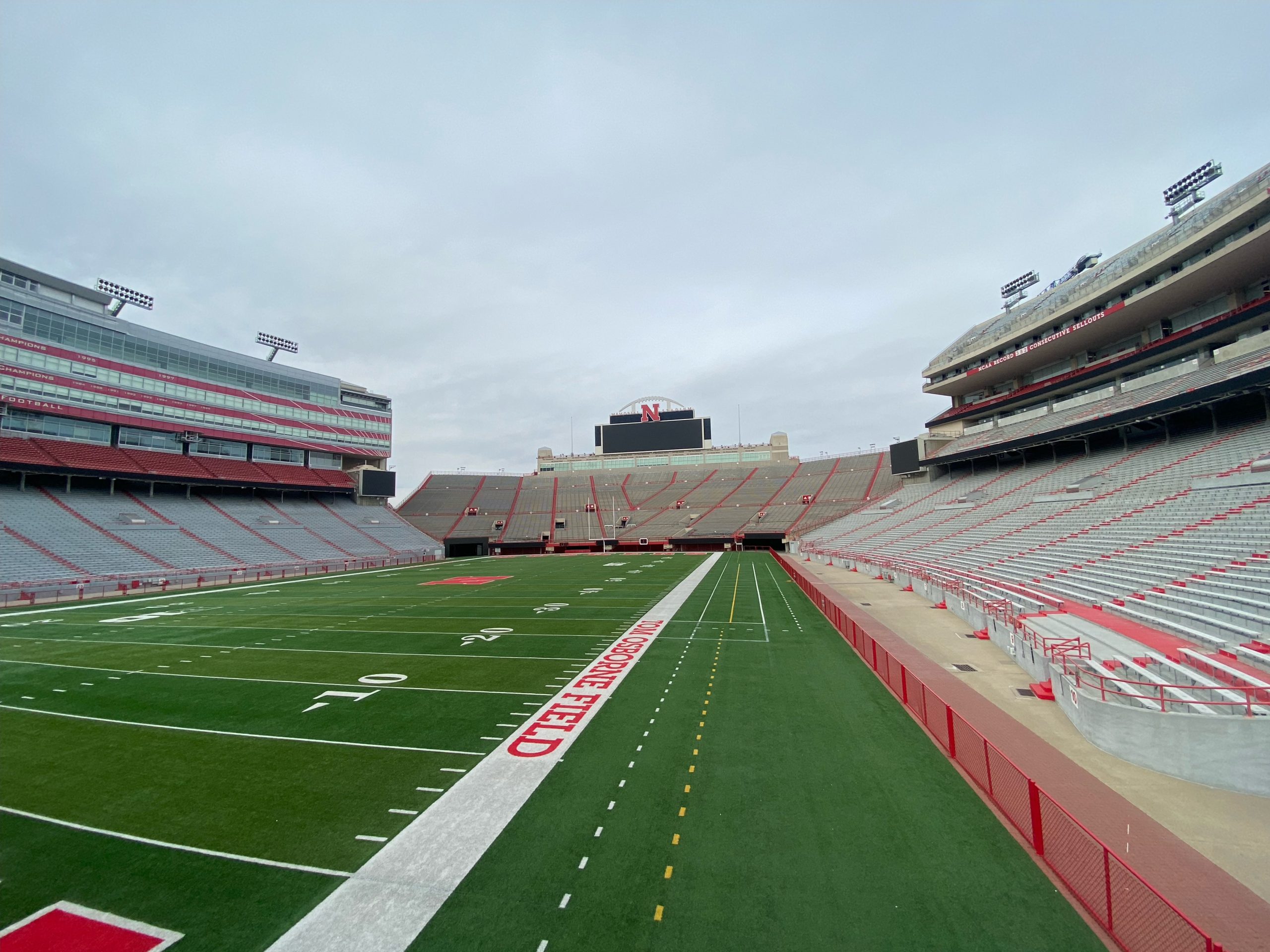 In the spring of 2020, the University of Nebraska-Lincoln had a plan to upgrade Memorial Stadium’s Tom Osborne Field artificial turf. The COVID-19 pandemic put a halt to that project. It has been two years since and the Huskers have played two additional seasons on the same field-turf.

Now that Nebraska has made drastic changes to its coaching staff and roster, it’s only time before it makes a drastic change to the playing surface.

The current artificial turf has been the playing surface for the Huskers since the 2013 season. Before that, the Huskers kept their previous turf for eight seasons, from 2005 to 2012. The one before that was active for six seasons from 1999 to 2004.

According to Turf Factory Direct, the average cost to replace an artificial turf football field is between $500,000 and $2 million.  The University of Texas at Austin is the latest school to upgrade their football turf, which cost the Longhorns about $430,000.

Even though artificial turf fields are cheaper to manage throughout its life, worn down turf can be harmful to the players using it. Outdated field-turfs are a major cause in non-contact injuries around the knees and ankles.

A representative for Nemaha Sports Construction, the main athletic field construction company in Nebraska, said it has no plans on upgrading Tom Osborne Field as of this spring.

Much of the student population has discussed the possibility of the Huskers scrapping the turf and installing natural grass. Although Memorial Stadium hasn’t used natural grass since 1969, it could be an idea worth discussing.

The last major college football program to change its football field from artificial turf to natural grass was Ole Miss. The Rebels completed their project in 2016 and it cost them north of $4 million.

Cole Price, a former quarterback at Papillion-La Vista High School, said that he loves the grass because it feels a lot more natural.

“Our home field was turf, so I’m used to that,” Price said. “But playing ball on a real grass field is just a lot more fun. You get dirty and muddy when you get hit, and that always reminded me of playing in the yard as a kid.”

But maintaining a natural grass field may not work in Memorial Stadium. The tall eastern side and the giant western press-box blocks out a lot of sunlight during the mornings and afternoons. The grounds-crew would also have to re-paint the field every week, which uses more time and resources.

Jevon Brekke, a safety at the University of Northern Iowa, said that he prefers artificial turf over natural grass because turf works with cleats a lot better.

“When I play on grass there are times when I slip and the grass doesn’t catch my cleats,” he said. “The surface is very important for my position because I do a lot of change of direction and transitioning in and out of breaks.”

Brekke said that even though he prefers artificial turf, it should be upgraded around every eight years. “I don’t think turf is easy to ruin because of how it’s made, so it shouldn’t need to be upgraded too often. But more players get hurt on old turf than grass.”

Tom Osborne Field was originally going to be replaced in 2020, but the pandemic prevented that from happening. Now, the Huskers are slated to play on it again, for the 2022 football season.