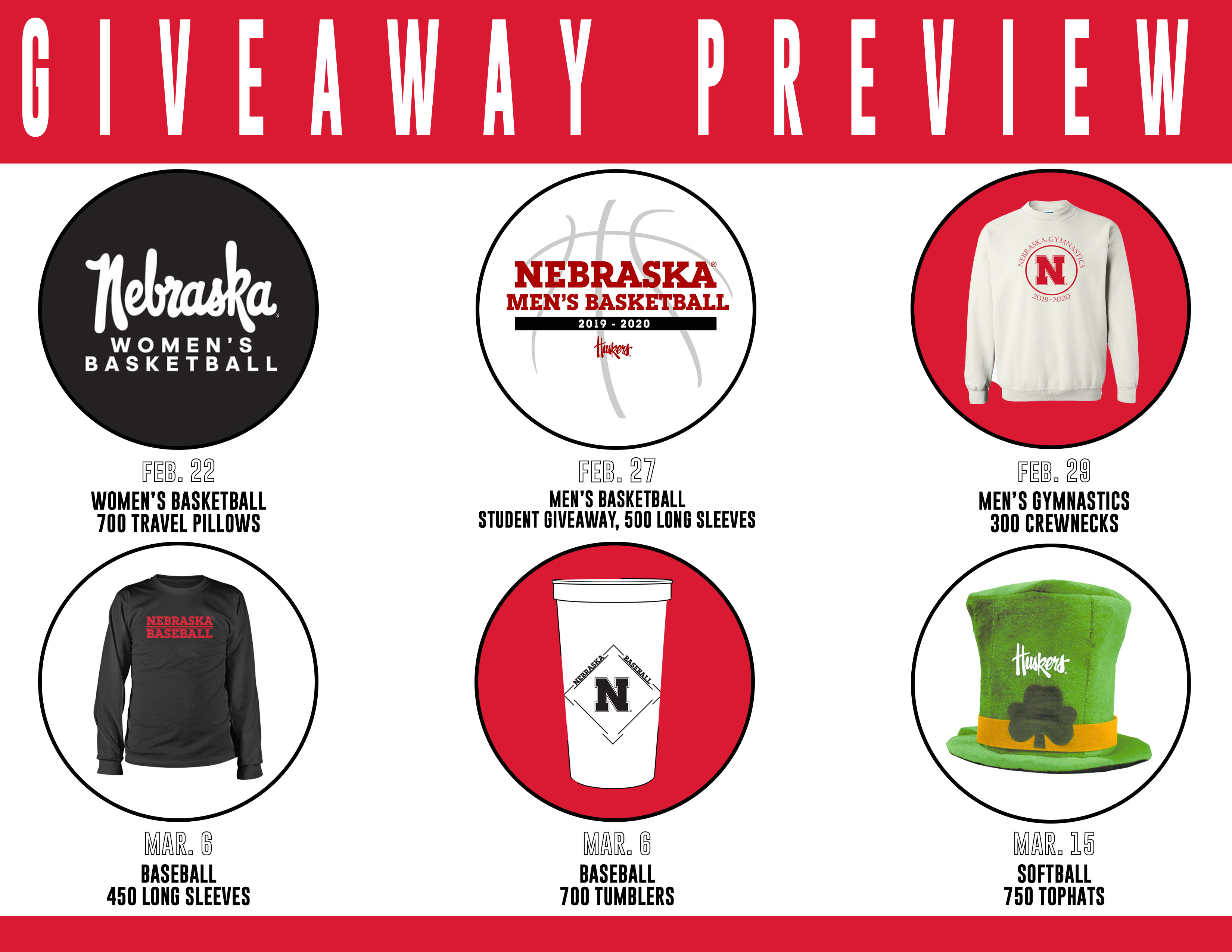 The next few weeks in Nebraska athletics bring the final home events of the season for the women’s and men’s basketball team and the men’s gymnastics team. As the winter season comes to a close, Huskers fans welcome spring season sports back to Lincoln. Whether it be the beginning or the end of the season, there is reason to celebrate an abundance of Huskers fan giveaways.

On Saturday, Feb. 22, the Huskers women’s basketball team will take on the Fighting Illini at Pinnacle Bank Arena. Tip-off is set for 2 p.m. The first 700 fans will receive a free travel pillow. There is a bonus T-shirt giveaway for the first 200 students. This game is also designated as the only Greek game of the season. The UNL Greek chapter with the highest attendance will receive $1,000 to donate to their philanthropy.

On Thursday, Feb. 27, the Huskers men’s basketball team welcomes Michigan State to Pinnacle Bank Arena. The game is set to begin at 7:30 p.m. The first 500 UNL students to arrive at PBA will receive a free long-sleeve T-shirt.

The final home meet for the Nebraska men’s gymnastics team is on Saturday, Feb. 29 at 5 p.m. This is a top 10 matchup featuring the Huskers and the Penn State Nittany Lions. To celebrate senior night, the first 300 fans will receive a free crewneck sweatshirt.

Baseball season kicks off at Haymarket Park on Friday, March 6 at 1:35 p.m. The Lions of Columbia University will be in Lincoln to play for the weekend. The first game of the series features a long-sleeve T-shirt giveaway for the first 450 fans through the gates. This weekend of baseball features back-to-back giveaways. On Saturday, the first 700 fans at Haymarket Park on Saturday, March 7 will receive a free tumbler. First pitch is set for 12:05 p.m.