The 2018 regular season has come to a close. How did the Cubs end up in this position for playing in the Wild Card game?

Compare the Cubs to the Baltimore Orioles, with a 47 win season and 115 losses. The Cubs had 95 wins and 68 losses. The Cubs missed the division title because of one main thing that wrecked their season: Runners Left on Base

What about team RBIs? Teams don’t win games if they can’t score runs.

The Orioles had the lowest wins in the season but not the lowest RBI’s with 593 and the Cubs had 722. So what happened? 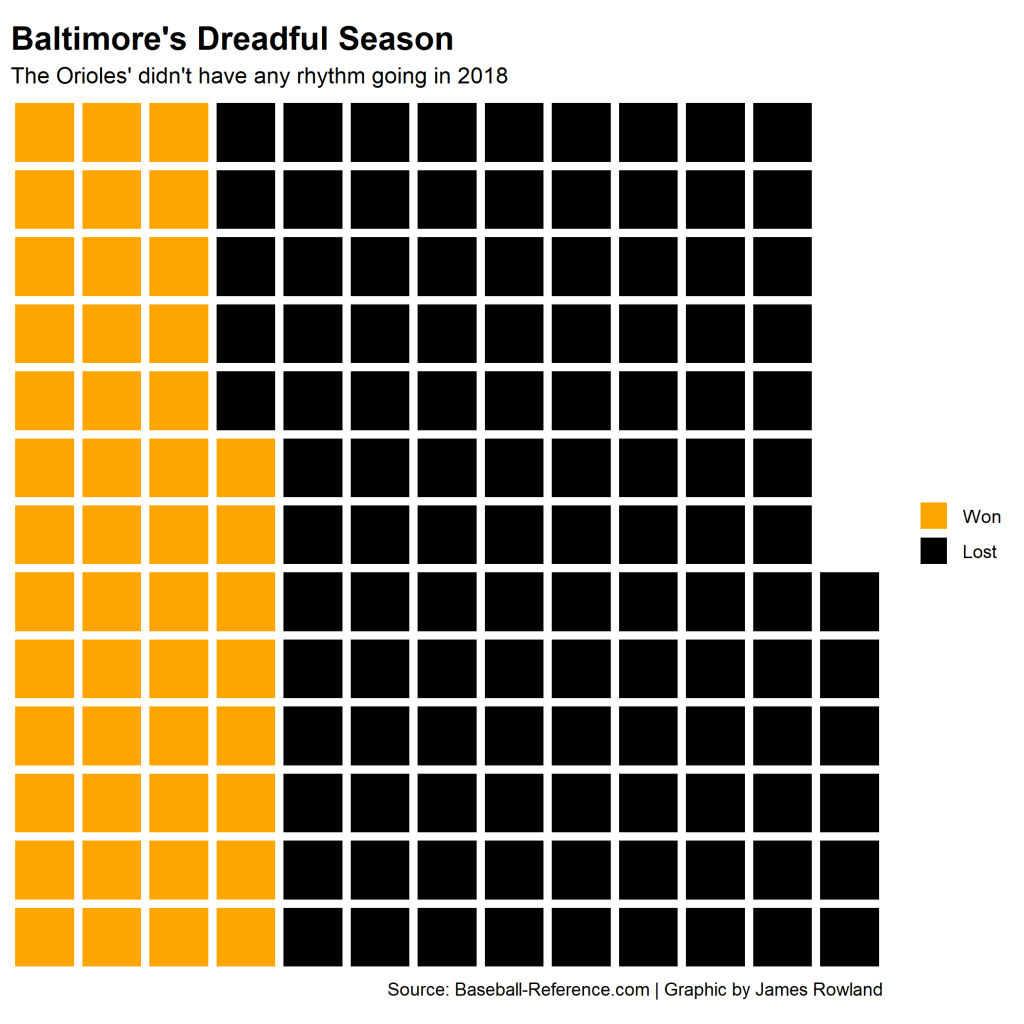 The offense under-performed based on each chart above with the fewer runners left on base. But looking at the Cubs’ season there is a difference.

The Cubs had their ups and downs. That came from one thing in particular. According to baseball-reference.com, the Cubs average earned runs average did not relate to the team’s average runs scored per game. In conclusion, 2018 was a sign that the Cubs were out of their championship window while Baltimore was staying in the tank and rebuilding for 2023. 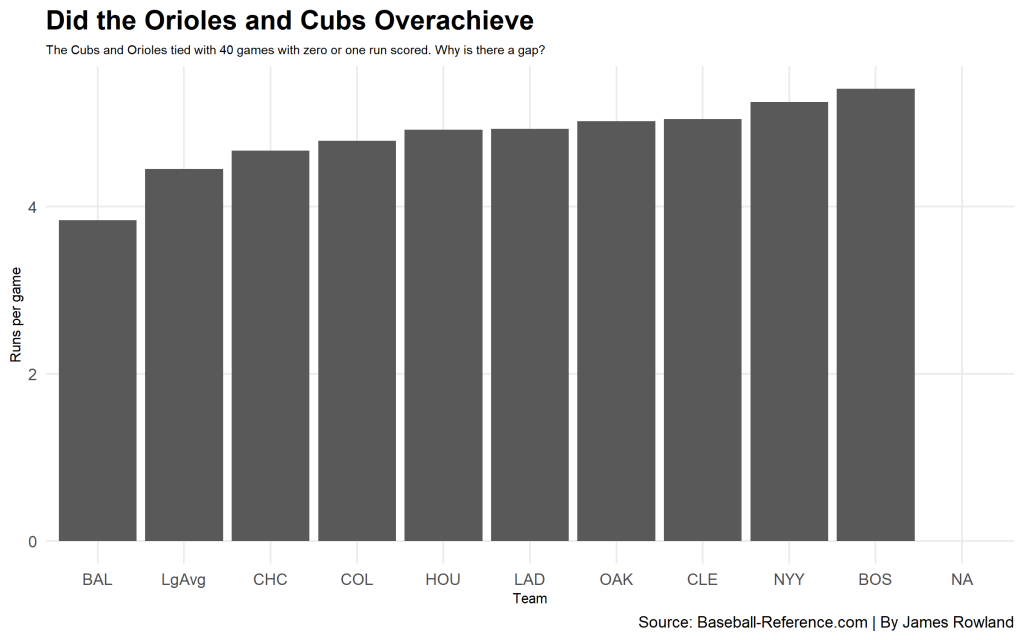 Boston and New York exceeded expectations for the runs per game, and the Orioles and Cubs failed to achieve the same percentage. This is due to each team collapsing at the wrong moment.

The Cubs now enter 2020 on the outside looking in. With new manager David Ross and some new faces in the dugout. Cardinals fans will love seeing this for 19 games of the season.