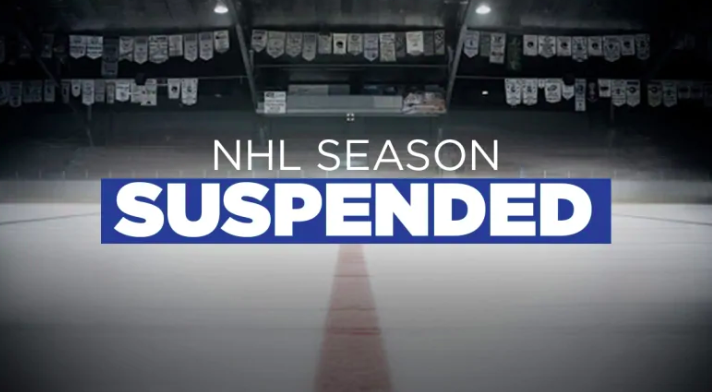 After the 2019-2020 NHL season was suspended due to COVID-19, I wanted to take a closer look at the league’s top performers based on their stats in the past four seasons. 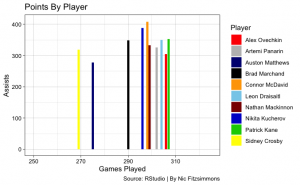 Connor McDavid sits in about the middle for games played and leads everyone with over 400 points. Nikita Kucherov is next with close to 400 points and Auston Mathews is last as the only player under 300. 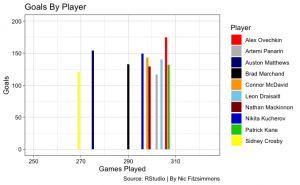 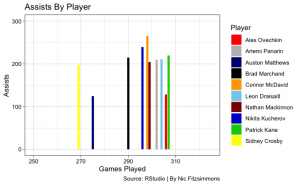 Diving deeper into goals and assists, it’s clear Ovechkin blew everyone out with 175 goals with Mathews came in second with over 150 goals. Artemi Panarin had the least amount at 117.

McDavid led everyone in assists with over 250 with Kucherov behind him at 239. Mathews came in last with 124 assists, only five less than Ovechkin’s 129, which could mean that Mathews and Ovechkin are more selfish players with the least number of assists while leading all 10 players in goals.

Here’s how many of their goals and overall points came on the man advantage: 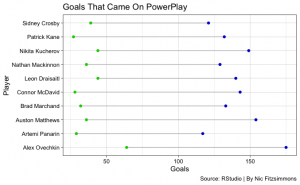 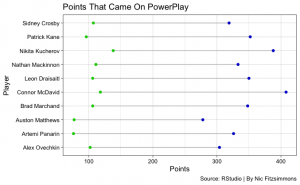 But when it comes to which player has the smallest differential between points recorded on the power play versus total amount of points compiled over the last four seasons, that would be Mathews and Ovechkin with McDavid having the largest differential.

Moving on to shot percentage: 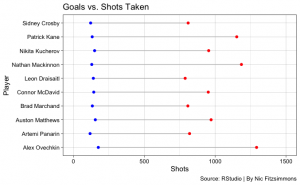 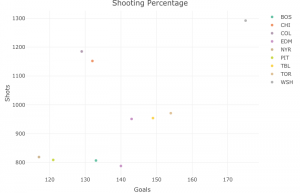 When visiting the plotly, you will see the shooting percentage graph above and be able to hover over each point and see each player, who they play for, how old they are, how many goals they have, the amount of shots they have taken and and their exact shooting percentage since the 2016-2017 season until now.

Here’s which one of these All Stars the team can count on most in clutch situations: 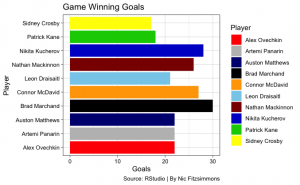 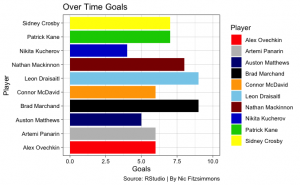 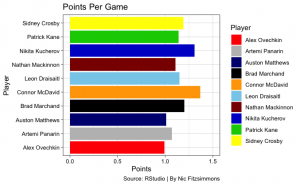 Marchand is someone the Boston Bruins can definitely lean on for a clutch performance when in tight situations, tying Draisaitl in overtime goals scored and leading the way in game winning goals. Along with Marchand, McDavid and Kucherov have proved to be that guy for their respective teams as well, averaging over a point per game. Ovechkin averages just barely under 1, the least amount of points per game, behind Matthews 1.07 points per game. 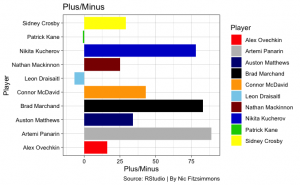 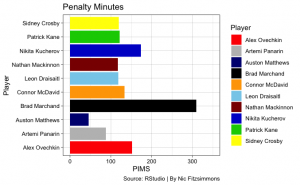 While Marchand is reliable in clutch moments and is second behind Panarin when it comes to plus/minus, he has spent a ridiculous amount of time in the box, serving a total of 310 penalty minutes, 136 more minutes than the second-most penalty minute holder, Kucherov, leaving me to assume Marchand has little discipline. This wasn’t a surprise by watching the way he plays and being one of the leagues most hated player. But if Marchand spends less time in the box and more time on the ice, there’s no saying how much his numbers could increase.