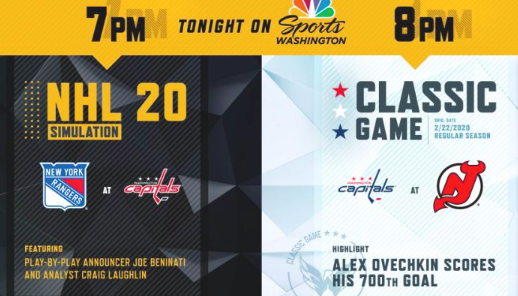 A strain of coronavirus known as COVID-19 that started in China has now spread to thousands across the world. The rapid spread of this deadly virus caused mandatory stay-at-home orders, losses of jobs, money, education, travel, overall experiences and the cancelation of collegiate and professional sports.

A lot of people’s lives revolve around sports, such as athletes, parents, broadcasters, journalists, reporters and students studying sports media in college.

First, it was the NBA who took the first initiative in suspending the rest of the season, followed by the NCAA canceling spring and winter sports, MLB canceled spring training and postponed opening day until further notice. Then NHL suspended the rest of their season, the Master’s and the United States Women’s Open have all been postponed.

Wimbledon was canceled for the first time since World War II, and the French Open has been pushed back to late September. The XFL suspended all operations after just five games into the season and has no plans of returning in 2021 so far. The UFC has postponed all events indefinitely.

NASCAR postponed its season until May 9. Both the Boston and London Marathons have been postponed to later dates and the saddest of them all: the 2020 Summer Olympics in Tokyo have been moved to the summer of 2021.

What does this mean for the sporting industry?

The NBA announced that the absolute earliest it would decide if the season will continue after this pandemic is May 1. Teams are NOT allowed to have in-person workouts or interviews with any upcoming draftable players.

The NCAA Division 1 community came out with a statement granting an extra year of eligibility to all athletes whose season was cut short or hadn’t even begin their season yet because of the coronavirus outbreak.

Organizations in the MLB are planning on playing this season and are focused on an opening day in Arizona sometime in May, but they have canceled the games in London scheduled for June.

With the NHL suspending the rest of the season, they also pushed back the league’s combine, draft and end-of-the-year award ceremony. The NHL also extended its self-quarantine period for players and staff.

Roger Goodell and the NFL plan on starting the season on time. The NFL’s chief medical officer, Dr. Allen Sills, said that widespread testing for the coronavirus would be mandatory before the start of the season.

With all sports canceled, some professionals are taking their talents to gaming systems. As media partners get creative, virtual games are thriving and grabbing fan’s attention.

The first-ever NBA 2k Player’s Tournament being streamed on ESPN features 16 of the best players in the NBA playing against one another virtually through Xbox for a chance to be crowned NBA 2k20 Players Champion and $100,000 to a charity of their choice. NBC Sports Washington also broadcast hourlong simulations of the Wizards (NBA) and the Capitals (NHL).

Tyson T. from Vancouver started a stream of simulated live NHL games and created a season picking up where the NHL left off after suspending its season. These streaming simulations via EA’s NHL20 are being played between teams on nights they were scheduled to play in real life, which keeps the fans engaged and it is better than no hockey at all.

Evan Johnson from the Husker Hockey club at the University of Nebraska-Lincoln’s said he’s watched some of the livestreams. “Even though it’s not the most exciting thing to watch, I appreciate the commitment and effort Tyson has put into this.”

Teammate Jordan Hank agreed and added, “I think it’s something fun to keep up with, and I am interested to see who ends up winning!”

NASCAR is also showing virtual races on FOX with real NASCAR drivers behind the wheel, or should I say, controller, from their living rooms on the iRacing platform. Danny Hamlin won the competition beating Dale Earnhardt Jr. at the first virtual race at Homestead-Miami speedway.

The top teams in La Liga held a FIFA tournament featuring one player from each club controlling their team in an effort to raise money to fight coronavirus. Real Madrid turned out the champion with Marco Asensio in control. The tournament reached 180,000 viewers and raised almost $150,000 for COVID-19.

With the release of the MLB’s new simulation game, Outside of the Park Baseball 21, I expect the MLB to do some kind of stimulation as well if the season continues to be suspended to suspend its season due to the Coronavirus.

While sporting events are suspended or on pause, sports fanatics like my friends, family, and myself are staying engaged and entertained through virtual simulations. Although it’s not the most exciting to watch, everyone seemed to agree that it was better than nothing while practicing social distancing and staying home to be entertained with virtual streaming events.