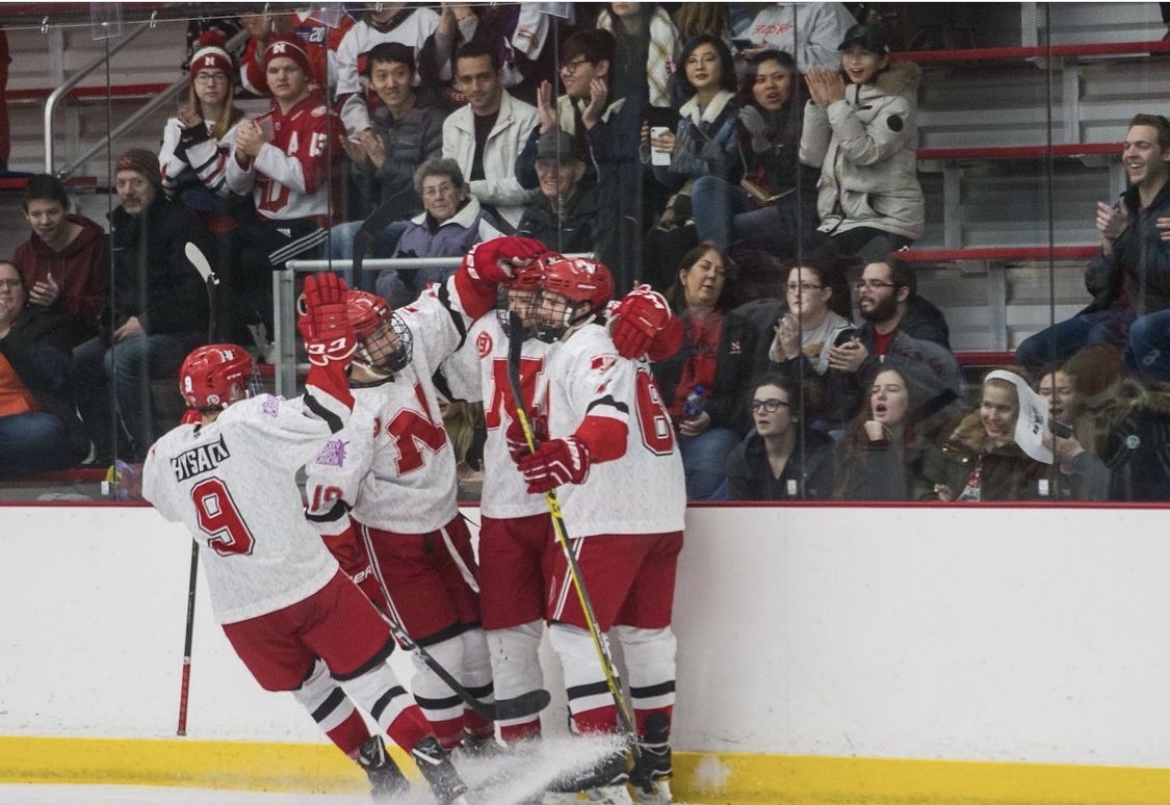 There are particular sports that do not get the attention or recognition that they would like to. Especially in club sports, the lack of attention to the team becomes an even bigger issue.

Club sports are an opportunity to play a sport that people are still passionate about despite not necessarily being able to play at the highest level. The University of Nebraska-Lincoln club hockey team is a perfect example of this, and the bond that this team shares is what makes this unique to club sports.

Jacob Miller is a senior at UNL, and like a lot of his teammates, has a huge passion for the sport of hockey. Miller has been around the game his whole life thanks to his family, most notably his brother, and being a part of the club hockey team at UNL is important to him.

“I kind of always knew that this was the place for me to continue to play the sport I love,” Miller said. “Since my brother had been a part of the program as I was growing up, it was an environment that I was familiar with and wanted to follow in his footsteps.”

The motivation for Miller to follow in his brother’s footsteps as a club hockey player for the Huskers only grew in 2015. His older brother, Zach, passed away from cancer.

“Once that happened, that kind of sealed the deal for me in my decision to go to UNL,” Miller said. “I was getting looked at by some other schools like Midland, but I wanted to go to UNL to honor my brother.”

Miller had been involved with hockey his whole life, and similar to others around the program, stuck with the sport through the club team.

“The camaraderie of the locker room is what makes the team truly special,” Alex Kopf, a junior player and teammate of Miller said. “Some of my favorite memories of the team have to do with the locker room and what we would do as a team.”

Whether players hung out outside of the rink and in the locker room before the game, the club hockey team has always been close. Especially this past season.

“I really feel like this year was the year where things just clicked for us as a team in terms of being a team,” Kopf said.

Miller and a couple of the other seniors played a big part in making sure the team chemistry was good and everyone got along. According to Miller, there were times over the years where only certain groups of the team hung out, but that was different this year.

“Me and the guys, we tried to focus this season on keeping everyone as close together as possible,” Miller said. “If we were ever doing anything on the weekends, like hang out and watch football, we would make sure that we tried to get everyone on the team over to hang out.”

It was those little get togethers outside of the games and practices that brought the team close together.

One of the prime examples of the reunited Huskers occurred when the team commemorated Jacob’s older brother Zach on Jan. 25.

“Obviously for a game like that you know the stakes are up as a team,” Kopf said. “But you just got to be there for your teammates like Jacob and play as hard as you can to honor the person you are playing for.”

Jacob Osborn, a freshman on the team, said he sees those types of games as a special opportunity to play for someone. As a wide-eyed freshman unaware what the transition from high school to college would be like, he said he was nervous at first to be around his teammates. But quickly, Osborn got comfortable with the team thanks to the welcoming environment that they had to start the year.

“It’s amazing to play in an environment like that where you are honoring someone that is so important to one of your teammates,” he said. “I didn’t get that experience in high school to play for a cause that means so much more. To get that win too, it’s a great feeling.”

Moments like those are what seniors such as Miller are going to miss the most about the club hockey team. But, after this year’s successful 18-8-1 season, he said he believes Nebraska’s future looks bright.

“We haven’t won a game at nationals in years, and that was the one goal of mine and team heading into this year,” Miller said.

Miller, Kopf, and Osborn each said that their favorite memory of the season was clinching their first nationals victory over bitter-rival Arkansas in a 4-2 win.

“That felt good, to beat a team that we don’t really like,” Kopf said.

Osborn didn’t played competitive hockey seriously until his eighth grade year. That made an environment like nationals a real eye-opener for him.

“To be able to be a part of this team and accomplish that goal of winning a game in the tournament was an unbelievable experience,” Osborn said. “And I think that it just tells you that the sky’s the limit for this team.”

Because UNL doesn’t sponsor a hockey team, this club team represents the university, and the players said they are proud of that.

“It can be challenging at times because we would like some more recognition,” Kopf said. “But we are proud to represent this university and hope to continue to have success.”

Even with seniors such as Miller leaving, the legacy they left and the culture they have helped build looks to lead a bright future for the club.

“Those seniors, I love those guys. I’m so grateful for what they have put in for years for this program,” Osborn said. “I want to win a national championship by the time I graduate, and I think we can get it done. This season was a great building block for us, and we hope to continue to improve and make a name for ourselves in the hockey community.”