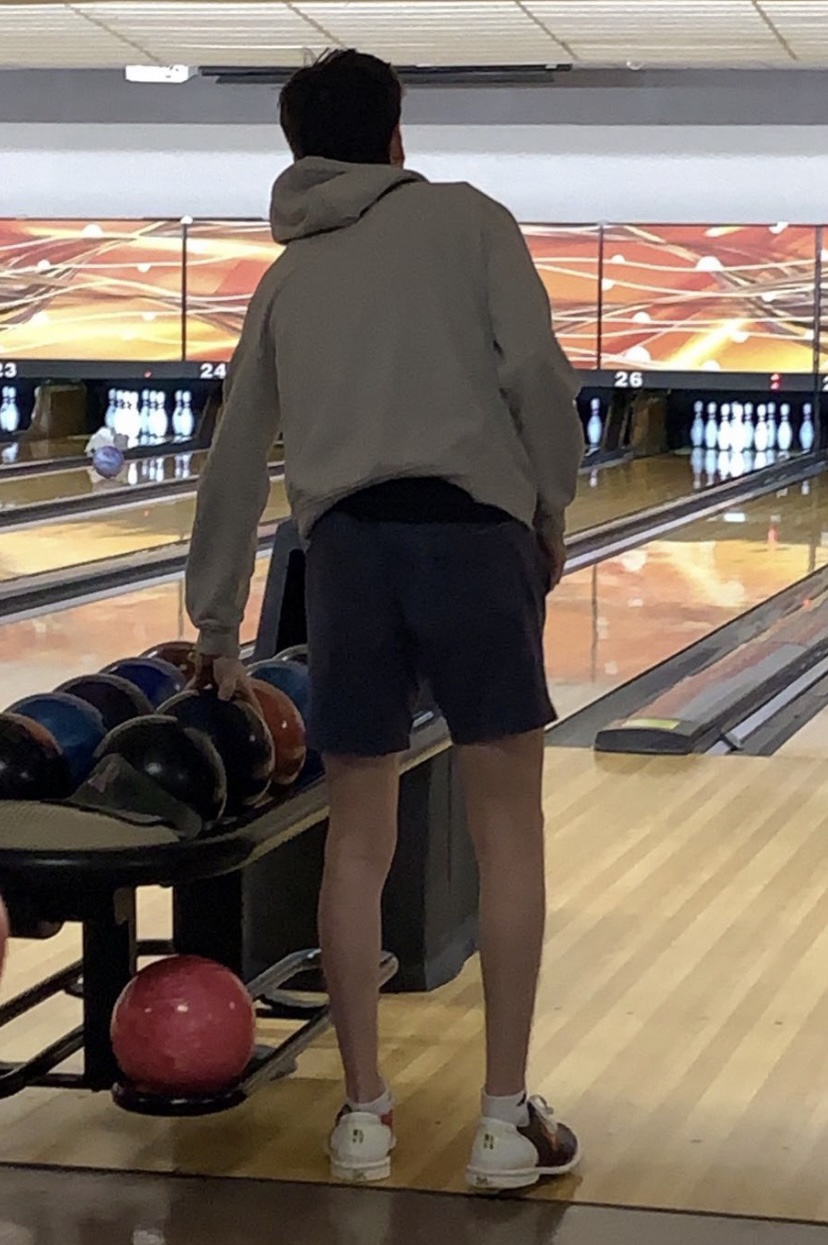 Bowling is not only for the experienced.

Jack Simons and Reid Marco attend the University of Nebraska-Lincoln (UNL) and bowl on a weekly basis. They have gained more knowledge on the sport of bowling and have learned a lot since joining Sun Valley Lanes bowling league in September, 2021.

Sun Valley Lanes hosts a league open to adults only, and has a maximum of four participants per group. Most of the participants in the league are 50 years and older with the exception of  one group. This group is juggling both college and bowling on a weekly basis.

Simons is a third-year psychology student at UNL. He said he has little free time as he’s taken 15 credit hours this semester. Somehow he is still about to find time to bowl with his friends.

Simons has bowled casually his entire life and said he has never joined a league until now.

“I have always enjoyed bowling with friends and family,” Simons said. “By joining this team it has made me enjoy bowling more and has definitely made me a better bowler.”

Simons said he has always enjoyed bowling and has many fond memories of the sport. His favorite memory is when he first joined the league. He went from using bowling balls meant for right-handed to left handed balls. Since Simons is left-handed this was a huge change in his game and has helped him score higher.

The switch to the correct ball has allowed Simons to raise his average from around 150 to 180. Every score counts when it comes to bowling and one bad roll can affect the game for better or worse.

Simons is the least experienced bowler on his team at Sun Valley Lanes. He had never joined a bowling league until Sep.2021.

“I never really thought about joining a bowling league before this,” Simons said. “I think that I have gained a lot of skills and have had a great time bowling with this group.”

Simons said he mostly joined the bowling league to hang out with friends and to enjoy the sport of bowling. The bowling league is not only for skilled bowlers, but is for bowlers of all levels. This leaves more time for fun and allows people to enjoy going up against their opponents.

One of Simon’s friends, Joe Trevillyan, said he has noticed the improvements in his bowling game. Trevillyan has been bowling since elementary school and has been in a few leagues including Western Bowl in Omaha.

“I think that Jack has been doing much better since he has joined the league,” Trevillyan said. “He definitely has the talent and I think that gear change has benefited him dramatically as time has gone on.”

Trevillyan has helped Simons many times with his form. He said it is difficult to get the right form for bowling but once you figure it out it becomes a lot easier. He has also made it easier for Simons to decide on how to curve the ball and which pins to aim for.

The best advice that Trevillyan has given Simons is bowling with two hands. He personally likes using two hands and it works best for him, but people have their own preferences when it comes to holding a ball.

Between writing papers and weekly homework, having a history major takes up a majority of Marco’s free time. However, he and Simons said they are always able to find time in their week to bowl.

Marco has bowled for most of his life with friends and family like Simons, but he has been in different bowling leagues. Marco is experienced but not the same way as his competitors. Due to still being in school he does not have as much practice time as some other groups in the league.

The first league that Marco was a part of dollar game nights in Omaha. He attended each week in his senior year of high school. During these nights he sometimes bowled 10 games in one night.

After he decided to attend UNL he tried out for the mens bowling club at UNL during freshman year. He did not make the cut, but he kept practicing and made the club his sophomore year.

Since Marco has some experience, he has taught Simons how to raise his score. Bowling is not as easy as people think. The gear that someone uses is important and can make or break someone’s score.

“I may not be the best bowler in the league or even on the team,” Marco said. “I do know how gear can help bring your score up and how important it is to bowling.”

Marco said he wants to continue bowling with his friends and win the league this year.

Simons and Marco have shown that anyone can take on the sport of bowling even if they have a limited schedule. These two also never gave up even when things were looking bleak.

“Bowling is a great time and I see myself competing for years to come,” Simons said. “I have had a great time in this bowling league and have learned a lot and I will never forget this experience with my friends.”