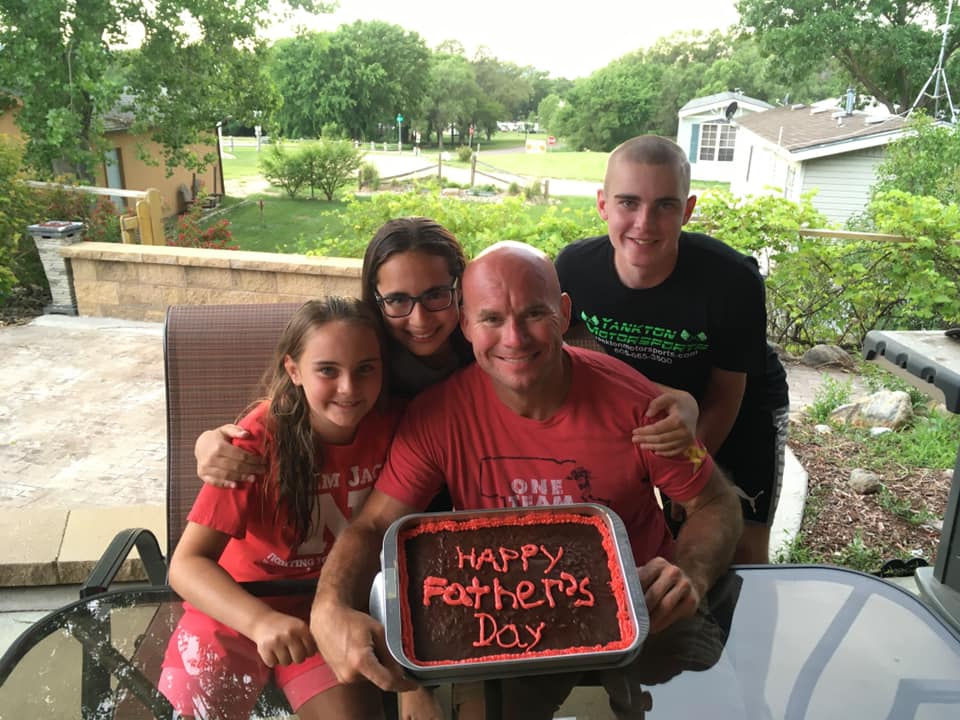 Over the past nine years the Hoffman family of Atkinson, Neb. has had more than its share of struggles with brain cancer.

You may recall the story of Jack Hoffman, who underwent chemotherapy for cancer in 2011. Two years later, at the age of 7, he made an ESPY-award winning play when he ran for a player-assisted 69-yard TD run during the Huskers spring game.

Now his father, Andy Hoffman, says he has a brain tumor. Hoffman made the announcement Tuesday morning on social media.

“After spending the last 9 years helping my son with his fight with brain cancer, and many others, I have now learned first hand what these people have gone through,” he wrote on Facebook. “On Sunday, July 19th, I had a seizure while running on the cowboy trail in Atkinson. A subsequent MRI revealed a massive brain tumor.”

Hoffman said he is currently at the Mayo Clinic in Rochester, Minn. developing a plan of attack.

“Thank you everyone for your thoughts and prayers,” he wrote.