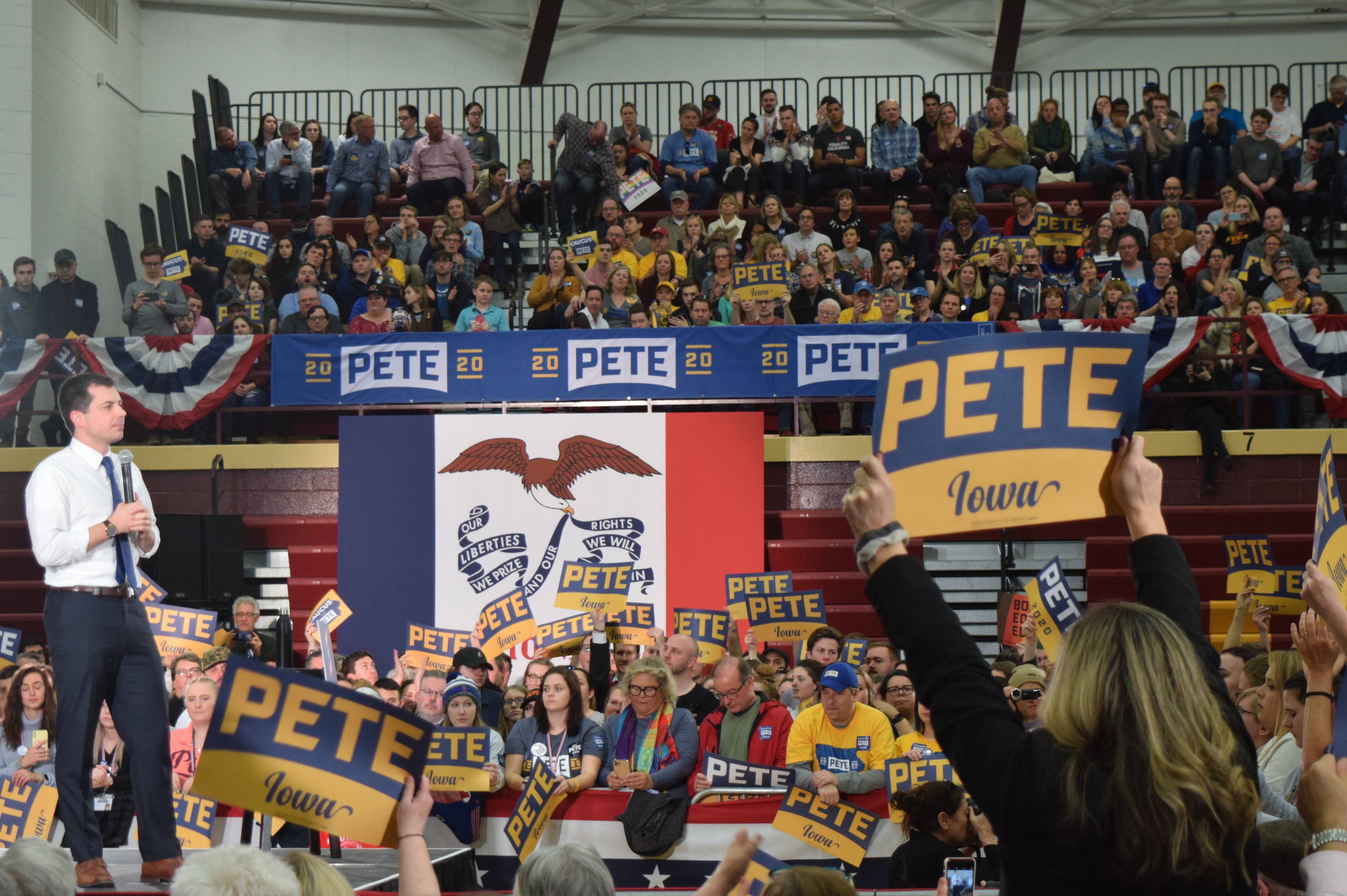 Des Moines, Iowa —  Pete Buttigieg revealed his favorite song, “Come Together” by the Beatles to supporters and undecided voters on Feb. 2.

And that was the message at his rally the day before the Iowa Caucus.

As one of the top Democratic presidential candidates, Buttigieg told voters how he would defeat President Donald Trump by uniting the country that’s “paralyzed by partisanship, polarized with politics.”

He said regardless of one’s party affiliation, all Americans can come together if provided with affordable health care and economic empowerment.

“We pride ourselves on having conversations on transparency, on making sure that we’re responding to others on both sides,” he said.

With the rising health care cost, his idea of providing medicare to those who want it would provide American families with long-term insurance that would not deteriorate their financial stability, he said.

“When we come together, we see that what we actually want to get done is a shared set of goals,” he said. “There is no such thing as a non-insured America when it comes to healthcare.”

Another issue that creates growing anxiety for many Americans is job stability, he said.

The unemployment rate decreased from December 2017 to December 2019, according to the latest report by Bureau Labor Statistics.

“Even though she is a full-time qualified preschool teacher, she’s got to work at Hyvee just to make ends meet,” Buttigieg said. “That’s what’s at stake, and finally making sure that this is a country where one job is enough.”

But, Rebecca Clair, a Drake University student, said she is unsure how the former mayor of Southbend, Indiana, could address global issues because of his experience that mostly consisted of local and national politics.

“I’m not quite sure if he’s given a really solid answer about how prepared he is to do that, not having been a part the national government the same way some of the other candidates have,” she said.

Nearly 2,000, people came to either support or decide their decision about the democratic before the Iowa Caucuses.

Linda Heyward from California said she still has not decided which candidate to vote for. She traveled for hours to learn about each candidate. She was specifically interested in rising issues like healthcare for the future of the next generation.

“I am a grandmother of seven,” Heyward said. “This is for my grandkids. I want my seven grandkids to be able to have the same opportunity.”