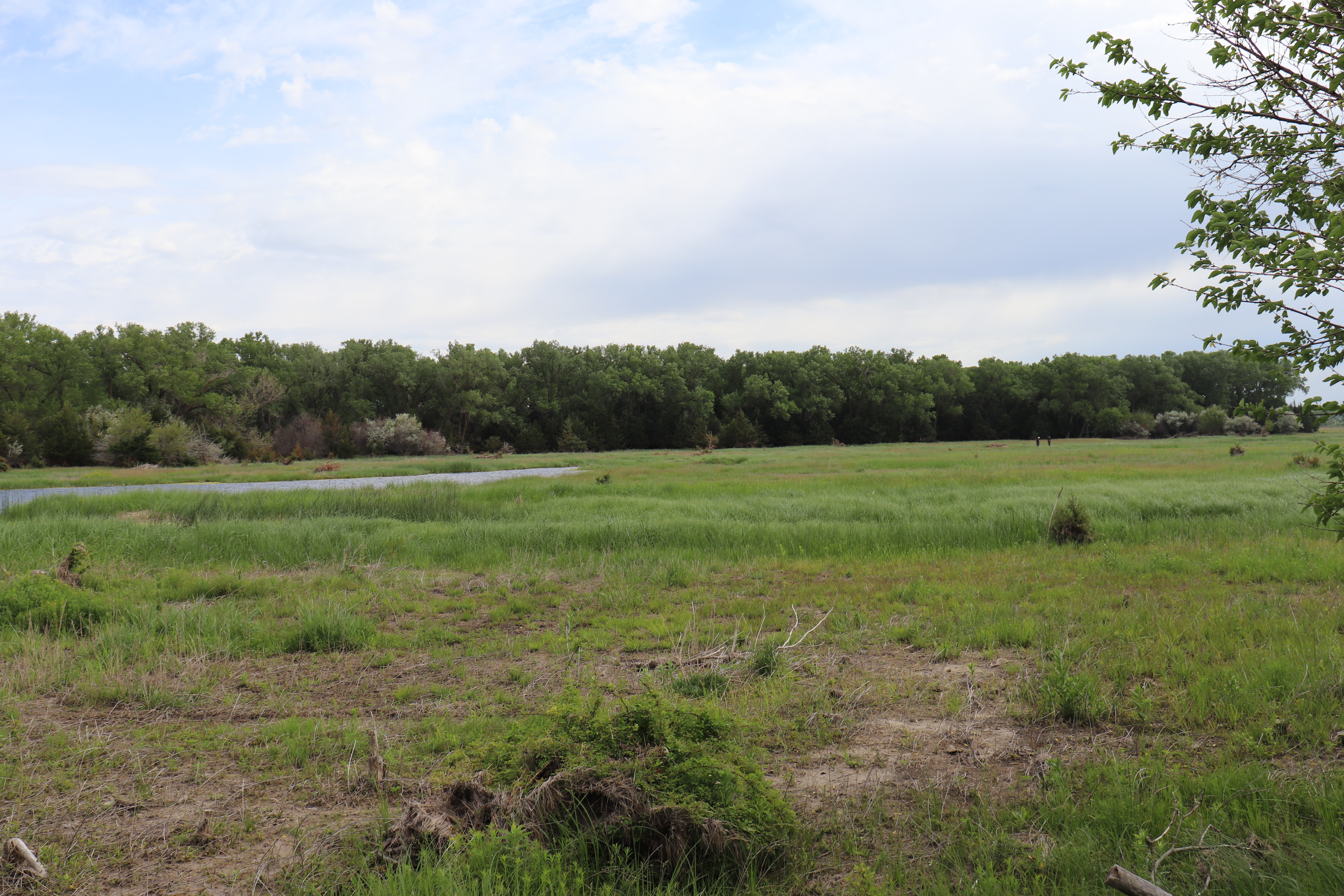 Tony Lesiak admits he was a little nervous about being on camera. He was nervous about eight journalism students invading his 400-acre pasture land along the Loup River near Fullerton. The students were nervous, too, as they arrived in a white van in the middle of the pasture. By the time they departed at3 p.m. on June 11, they were impacted.

The students didn’t know what they were going to find. They expected to see some kids fixing a fence and a proud farmer who they’d have to force words out of, but behind the cowboy hat and glasses, beyond the pasture land and the river, there was a story.

Tony has lived in Fullerton his whole life. He owns a little cabin about half a mile off of the road that could only be accessed by a four-wheeler.

As a kid, Tony remembers standing with his father on the same pasture land.

“Look at that black wall,” Tony’s father said to him.

This wall was feet of water rushing across the pasture. The flood killed hundreds of cattle that day. Tony’s father tried to cut the fence to help salvage all the cattle he could. Tony remembers the government coming in with excavators to bury all of the dead cattle.

On March 13, 2019, Tony saw the black wall again. The wall brought a friend along this time. Ice covered his pasture land. Five feet up the tree trunk marks the ice scraping across the prairie. Six-and-a-half miles of fence was knocked down.

Tony slept on the floor of the barn hoping to save his cattle.

Tony said he only lost a dozen cattle, but many cattle have continued to be sick, and the total count is still up in the air.

Let’s got back to the cabin. Tony would rent the cabin out to people all over the country: New York, New Jersey, Pennsylvania. What brings a person from the east coast to a pasture in Fullerton, Nebraska? In a sense, nothing. Most will turn off their cell phones and just look around and listen. They could be greeted by a deer leaping over their fence, or awakened by a turkey at the front door in the early morning. When life got a little hectic, they would come down to the cabin just to get away.

The cabin holds special meaning to Tony. Outside of the cabin now sits a ruined wood oven. The same oven his grandma and mom cooked on. His grandmother passed away in that cabin.

The cabin was ruined by the flood waters this past March.

“The thing is, my parents always said, ‘Everything isn’t always great. Everything always isn’t easy.’ My dad always said, ‘Sometimes it feels like money is falling from the sky, but it’s not going to last for your life,’” Tony said.

Tony’s father lived to be over 100 years old. The day before his death, he and Tony went out to do chores. They looked along the pasture.

“This is it,” Tony heard his father say.

He passed away the next day.

Five students from the Smith Center FFA chapter in Kansas made their way to his farm in Fullerton to help with his fence. It did not take long for Tony to become sincere.

“I have never asked for any help, and now they’re caring for me,” he said. “I never imagined it’d be that amazing.”

Sometimes the youth are perceived as the generation glued to their phones and worried about social media likes. Tony has a different perspective.

“I have a disability, and the youth will step in, and they’ll take the post away from me and they’ll put it in,” Tony said. “That tells me who they are how they were raised. We have got the most amazing people all the way around us. I’m so proud of them.”

Tony likes to travel. He has been all over the world, but there is nothing like his 400 acres along the Loup River.

“Of all the places I’ve been in the world, this is home. You’re welcome anywhere you are in this state. Anywhere,” Tony said of Nebraska.

no images were found