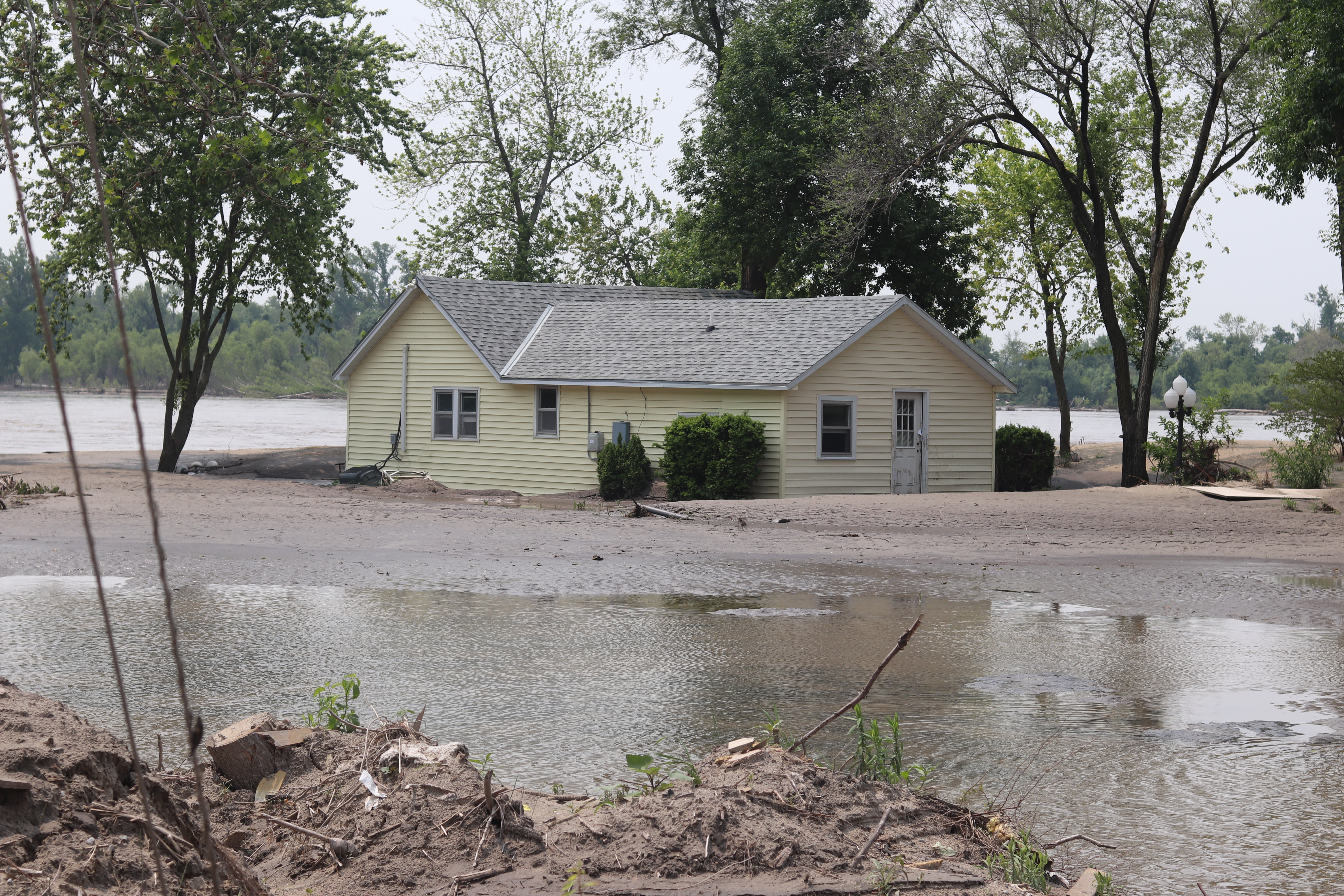 The foundation of the home started to come up.

Tim entered his bedroom and saw earthworms sliding around making themselves at home.

Tim thought he would deal with this later and went to fill his car up with gas.

On March 13, 2019, Tim W. (who has preferred to remain anonymous) a resident of Orchard village, a neighborhood near 150th and Q in Omaha, Nebraska, was evacuated from his home.

When he returned, the house was past the point of no return; the water was ankle deep, and it was time to act fast.

It’s no secret that anyone currently living near a river in Nebraska is under high stress.

What’s not commonly known is that neighborhoods not near rivers face similar struggles.

Tim has battled more adversity than just a flood.

He has fought cancer and both him and his wife have had medical procedures because of strokes.

When I called Tim, who is currently living with his daughter, to ask if he would be willing to share his story, he was eager and friendly.

He told me “I can’t do the interview at the moment because I’m smashing a meatball sandwich, but I’m free whenever.”

When Tim and his wife noticed that water was rising, they started elevating certain things in the house, so they could salvage them. With little time, Tim needed help to move many things.

Tim’s friend and son quickly came right as the house was flooding and helped him pack up and move out.

Tim explained how harsh this winter was and discussed how heavy snow accumulation and heavy rain fall caused the mess. Tim’s house had a few cracks in the basement and when the snow and rainfall finally overpowered the house, the water broke through on the south side.

“It was amazing how fast support came for us. Lots of people have it way worse than we do and we’re thankful for what help we’ve received. We didn’t need any federal help. We’re good,” Tim said.

Tim has yet to receive any federal assistance.

Getting back to normal is not easy in these instances. Tim says he still follows his day to day routines which includes walking his pure white German Shepherd William Wallace and meeting with friends.

“Things happen and you just have to move on, he said”

Tim’s resilience with getting back up after facing adversity is a small reflection of what the people of Nebraska are doing after these floods.

Many things have been taken from these flood victims, but they still have a lot to give.