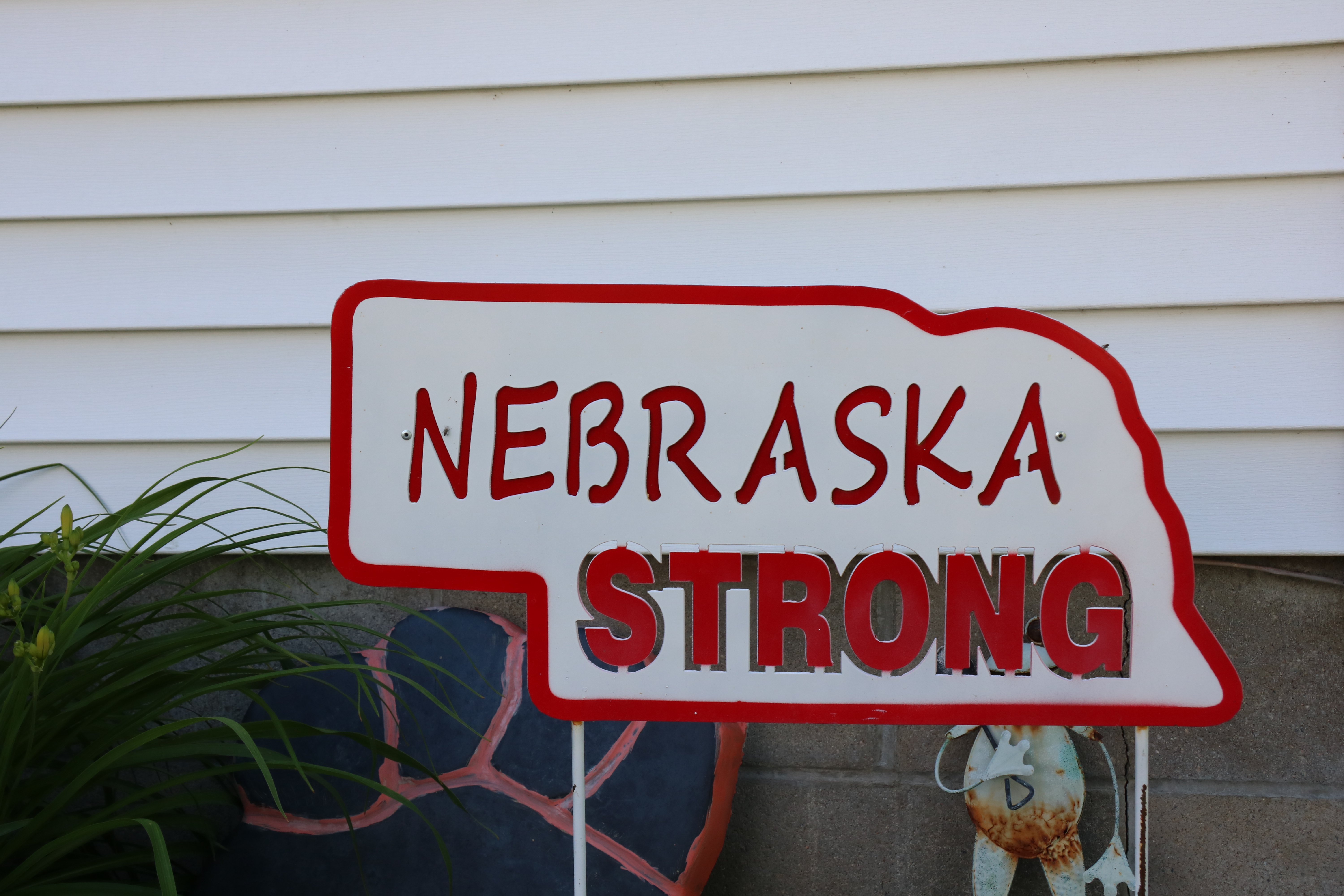 Walking into the Madison County Extension Educator’s office, it’s easy to feel welcome. In the corner office, teddy bears lie on the desk, pictures of family line the walls and bright decorations are abundant. These are all hints of the person who greets you with a smile.

When surrounding areas were affected by flooding in March, Hallie “Lee” Sherry, an Extension Educator and Unit Leader for Madison County in northeast Nebraska, wasn’t hesitant to find ways she could help. Surprisingly, she found her role allowed her to be an outlet for others.

Sherry spoke of Bette Gardner, a daycare provider in Osmond, Nebraska, who told Sherry of all of the damage to the toys and childcare items, which was expansive. When Sherry heard this, she knew she could help personally.

A rocking chair Sherry and her husband weren’t using anymore made a good addition to Bette’s daycare. There were many instances where her Extension role connected her to others who needed her help professionally and personally in their rebuilding process.

Sherry was also able to prepare programs for children that would help in their recovery as well as their parents.

“I did a workshop on emergencies for 5- to 7-year-olds,” said Sherry. “We made a first aid kit. We did things that they could control.”

Earlier this month, Aren Koenig who works for Save the Children as a Preparedness Manager, said helping children feel more prepared for a tragedy is a huge step in the recovery process.

“They can really take ownership of their own preparedness,” Koenig said. “We used preparedness as a method to help them learn from that disaster and develop those recovery coping skills.”

Another tool Sherry gave for kids to control their own actions was a “worry doll.” As the name says, this homemade doll was something to tell their worries. Then, putting the doll under their pillow while they sleep allows it to worry for them.

With these dolls now doing their jobs, Sherry is shifting her attention to the Madison County Fair. Once the fair is over, Sherry will begin to sew clothing for the Orphan Grain Train in Norfolk, Nebraska.

“For instance, if it’s a pair of jeans, and it has holes in it, they cut them off to make shorts,” said Sherry. “They didn’t have people to do the repair work on clothing or sewing a button on.”

With her sewing skills, Sherry knew her and her coworker’s talents could be used for continued recovery from the flood. Her role throughout this process has been ever-changing between professional and personal.

“The hugs are the same and condolences are the same,” she said. “Those are all things that you do with your role.”