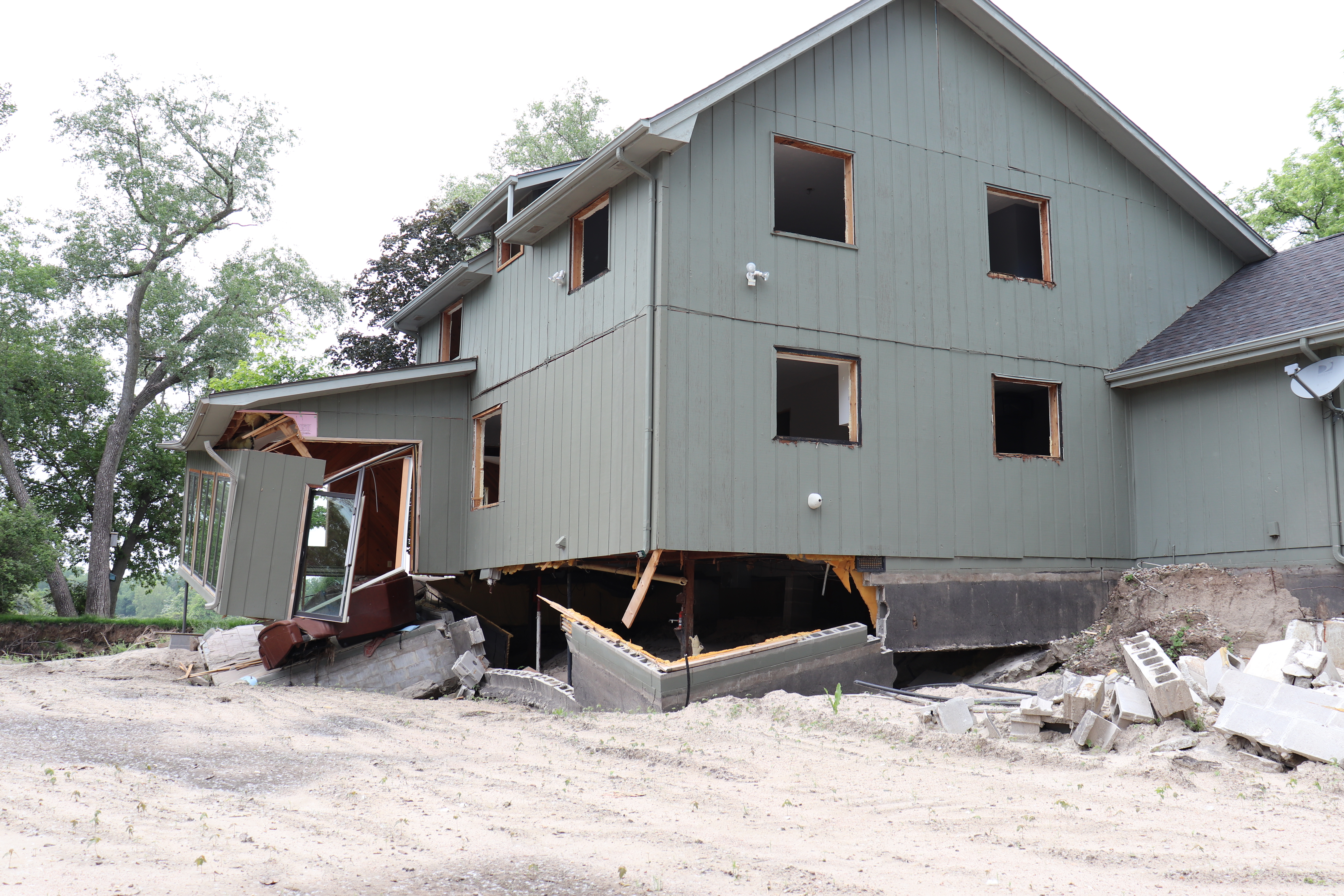 Most of the Midwest is still flooding even after one of the most devastating floods in history happened March.

But why should people in New York or California care about what is happening in Nebraska?

“We ask sometimes, ‘Do you eat meat and corn? Do you know what soybeans are used for?'” said Nancy Beers of the Center of Disaster Philanthropy. “We feed the world. Nebraska and the rest of the central region feed the world. We all want rural, rancher and farming communities to thrive.”

Beers, who works for the Center of Disaster Philanthropy in Washington D.C. and focuses on the Midwest, said the Midwest is the “bullseye for climate change.”

North Dakota experienced tornadoes last May, which is almost unheard of for that time of the year.

“The truth of it is, we are seeing climate change,” Beers said. “Climate change affects the economy perhaps more than the coastal regions because we depend on the land to be our resource. We are the source of food and clear water all around the world. Climate change is going to be a stressor for the whole country.”

Beers runs the Midwest Recovery Fund which gives out $1 million each year to build local capacity among low-attention disasters. Obviously, these funds are not enough to fully recover the Midwest on a yearly basis, but Beers’s main goal is to build relationships with people in rural communities to help them recover from devastation.

Beers was in Nebraska City on Wednesday, June 5 and in Fremont on Thursday, June 6 talking to locals about flood recovery at the Long Term Recovery Summit by the Nebraska Volunteer Organizations Active and Disaster (VOAD.)

Beers said one of the main challenges in recovering from a disaster in a rural community is most like to do things on their own.

“Farmers are used to bad weather, a bad crop season, floods, drought and insects,” Beers said. “When we come to a community that has been hit by a disaster, they usually say, ‘It’s not that bad. We can do it. It’s not that big of a deal.'”

Just because a farmer or rancher may not live in a certain town or community doesn’t mean they don’t affect the community.

Unlike an urban area, if a home gets damaged in some sort of disaster, there is no place for the family to go in the community. Beers used examples of St. Louis or Kansas City, where if a house is destroyed, the family can pick up and move across town and send your kids to a different school district and still be in near contact with your old neighborhood. This is not the case in rural America.

“When you live in a rural community, that community has to accommodate you,” Beers said.

There are some who are traveling two or more hours just to get to work 20 miles away. This affects the community in many ways. Whether they work at a bar or a grocery store, all of those businesses “feed into the community,” and if the owners and workers of these businesses can’t get to work, there is no way for these communities to thrive.

Beers talked about the importance of sharing these stories of recovery and informing people on what the Midwest is really like.

“Our typography is beautiful. We can’t lose that. We can’t lose the rural agriculture culture that we have built since the beginning of time our economy of our ability to feed the world are really going to be threatened,” Beers said. “We need more people coming in. This is great place to live.”

Beers believe that the story of the flood can certainly do good and even though three months have passed since the devastation, the story still needs to continued to be shared.

“This is complicated. Recovering is not getting some money from FEMA, building your house and going back to living how the way things use to be,” Beers said. “It is bigger than that, and you don’t understand it until you have been through it.”

Beers has seen it all. She has been doing this type of work for 20 years, and she thinks it is time for a change.