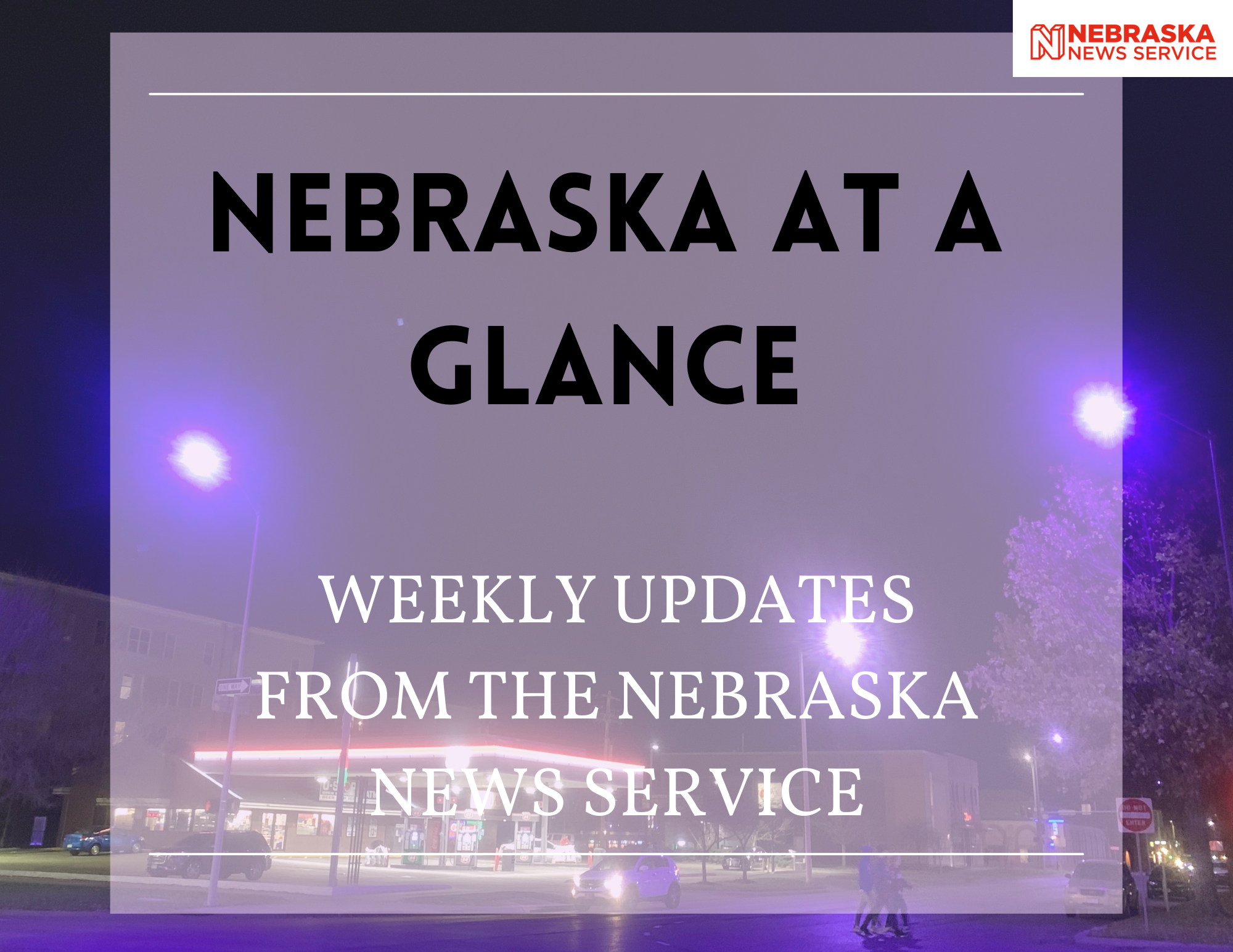 Bayard’s Steve Erdman and Hastings’ Steve Halloran published a letter Nov. 30 in the McCook Gazette calling for the resignation of UNL chancellor Ronnie Green. They said Green misrepresented Gov. Pete Ricketts’ support for UNL’s diversity plan. Erdman said Green and the Board of Regents are responsible for the spread of left-wing propaganda throughout the university. Green unveiled the university’s Journey for Anti-Racism and Racial Equity’s action plan on Nov. 17. The governor said in a news conference Nov. 22 that “UNL is racist” and he has “lost all faith in Ronnie Green.” Green responded on Nov. 29, saying “I do not believe that UNL is racist. Nothing could be further from the truth.” He said that reviewing hiring processes is about getting diverse candidates for a job and then hiring the most qualified person. The governor also said the plan pushes critical race theory, to which Green responded that the theory is not “imposed on this campus, nor will it be.”

Nebraska quarterback Adrian Martinez, who has served as the captain for the past three seasons, has entered the graduate transfer portal. “The University of Nebraska-Lincoln will always be a place I can call home,” Martinez said in a tweet. “It has been an honor and a privilege to represent the N for 4 years. … I will always be a Nebraska Cornhusker at heart and a proud Alum.” Martinez holds Nebraska career records for total offense (10,792), completions (670) and 250-yard passing games (16).

With a count of 23-2, Dawes and Sheridan County Republican Parties voted in a joint meeting last month to censure Sen. Deb Fischer for her support of President Biden’s infrastructure bill. The censure is a declaration of denouncement from the parties, but does not expel Fischer. She was one of 19 Republican senators who voted for the bill.

Nebraska tight end Austin Allen, who finished the year with a Husker tight end record of 38 catches for 602 yards along with two touchdowns and became the first Husker to be named a first-team All-Big Ten selection by the media. He was also honored as the Kwalick-Clark Tight End of the Year’ by the Big Ten and is the first all-conference tight end since Matt Herian in 2003. He has already announced that he will not be back for a sixth season in 2022. He joins defensive back Cam Taylor-Britt and linebacker JoJo Domann who were each named second-team All-Big Ten on Nov. 30.

Six cases of the Omicron coronavirus variant confirmed in Nebraska

The World Health Organization designated the Omicron strain of the coronavirus as a variant of concern Nov. 2, and six cases were confirmed in Nebraska Dec. 3. According to South African genomic scientists, the Omicron variant has an unusually high number of mutations. This could mean that the Omicron strain is more transmissible, and it could be more apt to avoid immunity. However, WHO said much is unknown about the variant. Studies are being conducted to determine vaccine effectiveness on the variant. In an effort to curb the spread, President Joe Biden restricted travel to South Africa and seven other nations. The European Union, Japan, Canada and parts of Africa have also put travel restrictions in place. On Nov. 29, the Center for Disease Control and Prevention strengthened its recommendation for all adults to get the COVID-19 booster shots.

Fireman First Class Denis Hubert Hiskett of Nebraska City, who died when he was 20 aboard the USS Oklahoma during the attack on Pearl Harbor, is to be laid to rest in San Fernando Cemetery in California on Dec. 11, 79 years after the attack.

A Nebraska jury awarded a Sarpy County family a record $26.1 million for their medical malpractice lawsuit against Children’s Hospital and Medical Center in Omaha on Nov. 29. In 2017, Andrea and Jacob Marousek’s daughter, then 11-month-old Vivianne T. Marousek, was sent home from the hospital following an accidental fall and seizures. The family said an earlier emergency room physician took proper care of Vivianne, but Dr. Heidi Killefer concluded that the seizure was a one-off and released the child from the hospital. Within two days following her discharge, Vivianne suffered severe seizures and brain damage. Now 5 years old, she is blind and wheelchair-bound. In a 10-2 vote, jurors found that the hospital and Killefer improperly discharged the child. Of the $26.1 reward, $21.5 million is allocated toward a lifetime of medical care to Vivianne, and $4.6 million goes to her parents. However, the family may only receive $4.5 million because Nebraska has a cap on medical malpractice verdicts. The attorney for the hospital has requested that the judge enforce this cap, but Vivianne’s attorney said the cap is unconstitutional and violates patients’ rights rather than protecting them. There will be a hearing in late January.

German Pedraza, 27, was shot by a Nebraska State Patrol Officer during a struggle over a gun near 19th and G streets in Lincoln on Nov. 24. Lancaster County Sheriff Terry Wagner said Pedraza pulled a handgun when officers approached his vehicle. Pedraza was facing seven felony drug and gun charges in Butler County Court. The incident occurred at 2:45 p.m., and officers administered CPR until paramedics arrived to take Pedraza to the hospital. Authorities said he died at a local hospital on Nov. 28. The trooper who shot Pedraza will be on administrative leave through the duration of the investigation.

Blue streetlights being replaced in Lincoln

When driving the streets of Lincoln, one might notice that some streetlights have turned a blue, indigo and purple color. According to the City of Lincoln, those lights shined white in 2018 and 2019 when they were installed during the Lincoln LED streetlight conversion project. Since then, many of them have turned blue due to a manufacturing defect and are therefore producing less light. Lights in other cities across the country have been experiencing the same defect. According to a statement, Lincoln Transportation and Utilities has been in communication with the manufacturer and is working to replace the lights as quickly as possible. The city is about halfway done replacing the lights, and the process is expected to be finished in a few months. Taxpayer money will not be used to pay for the replacements- Lincoln Electrical System is covering the costs.

One man killed and another wounded in shooting at Omaha bar

Police responded to a report of a shooting at the parking lot of a sports bar, DJ’s Dugout, located on 777 N. 114th St. in Omaha, around 11.30 p.m. on Saturday, Nov. 20. Demetrius A. Johnson of Omaha, 20, was fatally wounded and taken to Methodist Hospital where he was pronounced dead. Another man, Christopher Grutel of Omaha was shot in his right foot and taken to Nebraska Medical Center. DJ’s Dugout showed the WBO world welterweight championship fight between Omaha’s Terence “Bud” Crawford and Las Vegas’ Shawn Porter that day. General Manager Steve Haerrman said the bar was packed during the fight.

Zoo Lights, a holiday lights display at the Lincoln Children’s Zoo, is open from Nov. 26 to Dec. 30. The experience features over 30 lighted animal silhouettes, a 60-foot light tunnel, a holiday train ride, and a 40-foot Christmas tree. Tickets must be reserved in advance.

The Food and Drug Administration approved a new imaging drug, Cytalux (pafolacianine), on Nov. 29 to help surgeons locate cancerous ovarian tissue. Cytalux is an intravenous injection given before surgery to help find cancerous tissues in adults with ovarian cancer. According to the FDA, ovarian cancer is the deadliest of all female reproductive system cancers.

Four students died and seven others were injured after a shooting at Oxford High School in Michigan on Nov. 30. The suspect, Ethan Crumbley, 15, was charged on Dec. 1 as an adult with four counts of first-degree murder, one count of terrorism causing death, seven counts of assault with intent to murder and 12 counts of possession of a firearm in the commission of a felony. Oakland County Prosecutor Karen McDonald said the shooting was “not just an impulsive act.” Investigators believed Crumbley opened fire with a 9 mm Sig Sauer handgun his father recently bought. Crumbley’s parents refused to give the authorities permission to speak with the teen. Crumbley was denied bond and transferred to the Oakland County Jail. Crumbley will be tried as an adult, and there will be a probable cause hearing on Dec. 13.

Earth, Wind & Fire, the nine-time Grammy Award-winning music group with hits like “September” and “Let’s Groove,” will play at the Pinewood Bowl Theatre on May 14. Tickets go on sale Dec. 3 at 10 a.m.