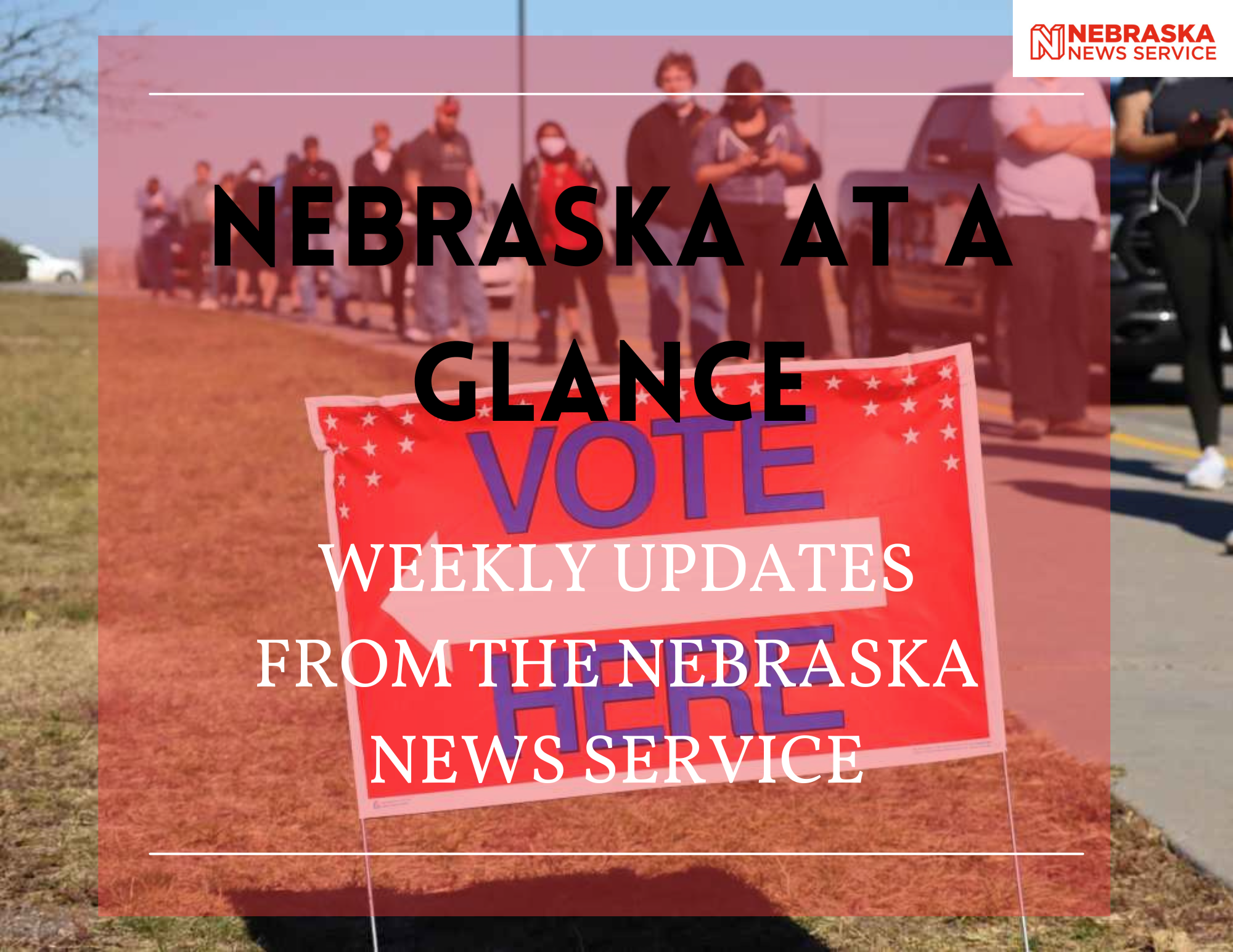 Voter turnout predicted to be over 50% Tuesday

Statewide, a turnout of 58% of the state’s registered voters is projected for the general election. According to records from the Nebraska Secretary of State’s office, the turnout could match that from the last non-presidential election featuring a gubernatorial race in 2018 but will remain higher than the turnout in previous years — 2006, 2010, 2014. The SOS’s turnout prediction is the first since 2018 — it didn’t release predictions for the 2020 presidential election or the spring primary due to the variability and uncertainty of COVID-19 on voting. Polls will be open from 8 a.m. CST to 8 p.m. Tuesday.

On Nov. 4, the Nebraska Indian Child Welfare Coalition held its first in-person fundraiser at the Indian Center in Lincoln. Although the group was founded in 2019, COVID-19 and other health-related concerns prevented the group from meeting in person. NICWC’s advocates for Native American children in the child welfare system, aiming to keep them protected and culturally connected.

For the first time, Nebraska Tourism announced its Holiday Passport, highlighting 20 Nebraska attractions to celebrate the holiday season, like Nebraska’s Christmas City in Minden and Seward’s Magical Lights. On Nov. 19, Nebraskans can start their tour of these winter wonderlands and will have until Jan. 1 to finish and submit their passports. Passports can be requested online at https://nebraskapassport.com/holiday. The organization’s summer passport program has been a Nebraska tradition since 2009.

In Alabama on Nov. 4, seven Nebraskans federally indicted for a plot to start fires at Walmart stores entered guilty pleas — prosecutors say they all participated in meetings and drafted a “Declaration of War.” First among their list of demands was a minimum wage of $18 per hour for all employees. Sean Bottorff and his wife, Jenna Bottorff, Erica Sikes and her husband, Jeffery Sikes, and Alexander Olson face a minimum of five years in prison and a maximum of 20 for their roles. Michael Bottorff and Quinton Olson face a maximum of five years. All of the seven have ties to Kearney.

A Georgia hunter was sentenced in federal court Oct. 4. Chad McCullough, 34, violated the Lacey Act — which bans the trafficking of wildlife or plants that were illegally taken, possessed or sold — when he illegally shot a mule deer in 2020 in Lincoln County and took parts of it to Georgia to be taxidermied. Two years ago, McCullough traveled to Nobel Outdoors, a North Platte big game business, with two others to go on an archery deer hunt. However, McCullough shot the deer with a rifle while sitting in the passenger seat of a vehicle parked on the side of a public road. Under Nebraska state law, taking deer with a firearm during archery season, shooting from the road and hunting on property without landowner permission are all prohibited. District Judge John Gerrard sentenced McCullough to serve two years of probation for unlawful transportation of wildlife in interstate commerce, to pay a total of $9,000 in fines and to surrender the taxidermy mounts and other parts taken from the deer.

From Nov. 12 through Nov. 20, two of Nebraska’s recreational trails will close to keep pedestrians and bikers safe during deer hunting season. To the northwest of Lincoln, the 12-mile Oak Creek trail will close, spanning from Brainard to Valparaiso. The Lower Platte South Natural Resources District will post warning signs and closure notices at every access point. In the opposite direction, the Nemaha Natural Resources District will shut down the Steamboat Trace Trail, running along the Missouri River for 22 miles between Brownville and Nebraska City. The Homestead and MoPac East — the Lincoln area’s two main trails — will remain open.

On Nov. 4, Nebraska First District Congressman Mike Flood accused President Joe Biden of censoring criticism with the Department of Homeland Security. Flood joined the Congressional Republicans in his call, signing on to a GOP letter to Homeland Security Department Secretary Alejandro Mayorkas accusing the department of working with social media sites to cut off users’ criticisms of the President or place warning labels on their posts.

Drought has severe impact on crop yield in southeastern Nebraska

According to the U.S. Drought Monitor, 76% of Nebraska is in severe drought, and has been for several months. The effect is especially severe in the southeastern region of Nebraska, having not seen significant rainfall during the summer growing season. The region saw approximately half of the normal amount of rainfall from the beginning of the year through late October. According to the United States Environmental Protection Agency, this lack of moisture is having devastating impacts on crop yield.

On Nov. 4, a judge denied bond for a former Nebraska trooper awaiting trial on sexual assault and child pornography charges. Brandon Dolezal, 25, was charged with six counts of first-degree sexual assault of a child and one count of child enticement with an electronic communication device. He was fired from the state patrol last year after the Gering Police Department began an investigation into his Snapchat conversations with teenage girls. At that time, he was charged with 12 counts of child pornography, child abuse and enticement as well as first-degree sexual assault from additional Sarpy County prosecutors. He had posted bond in both cases and was living in Bellevue.