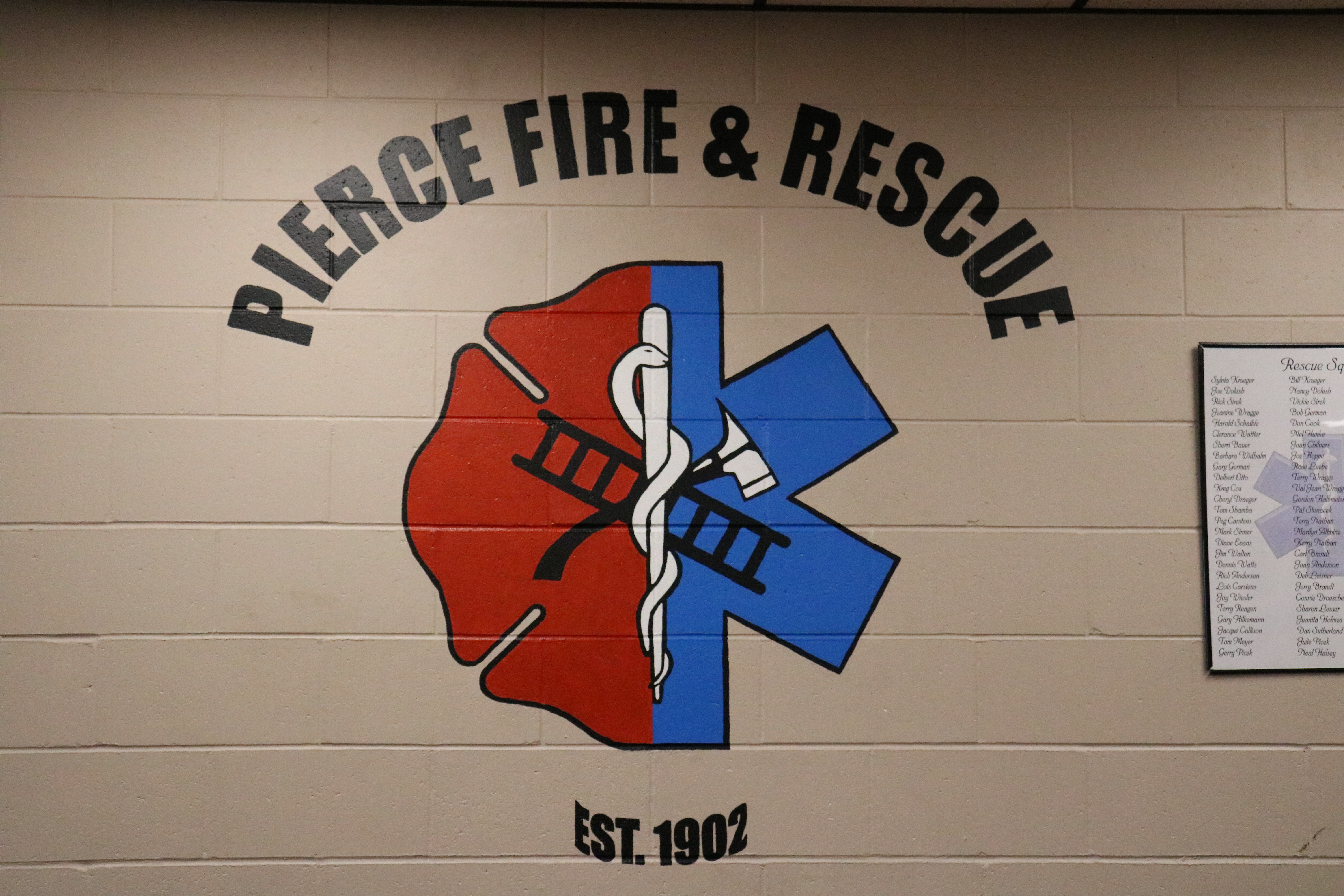 Pierce, Nebraska, native Kelli Sindt will never forget what happened about a week after the March floods.

“I was driving home from work, and the whole town was lined up in front of the fire station cheering and celebrating,” she said. “Those firemen were our rocks, and we couldn’t be more thankful.”

As the Pierce County Disaster Relief Coordinator, a job she took up after the spring floods in 2019, Sindt witnessed the community involvement first-hand.

Back in March, she received a call from the fire chief, Steve Dolesh, who said he could really use someone to coordinate relief efforts with FEMA, NEMA, The Salvation Army and many other organizations looking to help.

“We went to a few classes before the flood on how to properly plan for natural disasters. After that, we developed response ideas, but I was still amazed at how quickly this community came together,” Dolesh said.

13 semi loads of hay pulled up to Pierce County a week after the flood.

Gratefulness couldn’t begin to describe the thoughts of this community. These 13 semi loads came from farmers in Oklahoma who wanted to give back because they knew the feeling of loss all too well.

Two years ago, farmers in Oklahoma lost land due to wild fires. Ranchers and farmers from Texas and Nebraska rallied the troops to help their troubled brothers and sisters in Oklahoma.

Now, in the spring of 2019, Oklahomans decided to show their gratitude toward Pierce County by sending these truckloads of hay.

“That moment just made me so proud to live in the United States. It was inspiring,” Sindt said. “We are well on our way to finding our new normal.”

Sindt said she believes that the disaster has brought the community closer and thinks everyone knows that they can count on each other.

She also discussed interactions with FEMA and said the organization has been “overwhelmed” while still doing a great job of helping people.

“But Pierce didn’t see help from them ’til much later after the flood, and by that time, Pierce had begun rebuilding itself,” she said.

Because of the magnitude of the floods, FEMA didn’t have enough agents to reach every town in the speed at which they would have liked to.

Sindt said that she currently still has three families displaced. That number is a lot smaller than what it used to be. More people have rebuilt or found places to live.

“The light at the end of the tunnel is getting bigger,” she said.