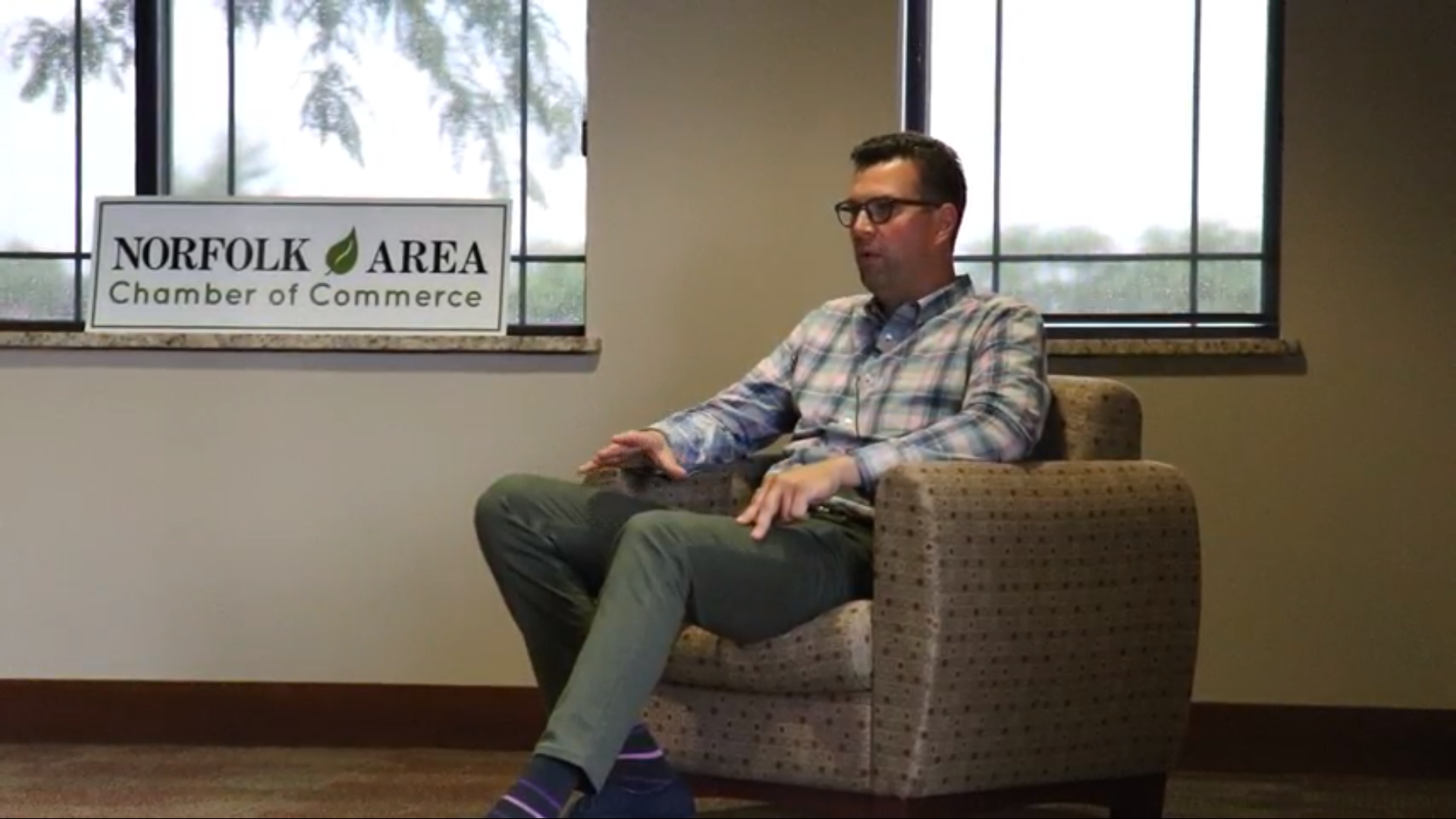 Many people know Nebraska has to rebuild following the March floods, but most don’t think Nebraska needs to rethink.

“I do think we need to be prepared for more frequent significant weather events,” Moenning said recently from the Chamber of Commerce. “And that’s everything from infrastructure to how, again, we interface with the economy. Don’t look at this as nationally something that’s being imposed on us but an opportunity to generate income.”

Moenning, a University of Nebraska-Lincoln College of Journalism and Mass Communications graduate, was sworn into the mayor position in December of 2016.

In 2009, Moenning moved back to Norfolk after the Elkhorn River just experienced flooding. People around the area considered it a “once in a 500-year flood.”

“Something is happening here. Call it what you want. We have to face the reality of it here in rural Nebraska,” Moenning said. ”We need to also think about building up infrastructure that comes to assume that what was once considered 100-, 500-year floods are now 10-, 15- or 20-year floods.”

Moenning said the solution is to “deal with reality.”

“Things are happening in local governments,” Moenning said. “You know a pothole doesn’t care if you’re Republican or Democrat, whatever. You’ve got to fix it.”

Moenning’s changes start with the roads. He talked about the state doing a poor job of connecting the large communities of Nebraska via four-lane highways.

“Let’s try to address some of the rural broadband gap that politicians have been talking about for so long by placing the fiber optics and the telecommunications infrastructure alongside those rebuilt highways,” Moenning said. “When we rebuild again some of those broken roadways, let’s fit them to suit the fallen quarters that were promised to rural Nebraskans a long time ago.”

He said Nebraska has the third highest wind energy potential in the country, with many wind farms developing around the area.

“These are opportunities for rural Nebraskans especially in the midst of a terrible (agriculture) farm economy (and) terrible farm prices to look at new opportunities to generate income off the land,” Moenning said. “Let’s rethink how we’ve always done this because things have changed. Energy markets have changed, and again in the meantime, we can help be a part of the solution to this larger global problem that’s going on. We can do it more quickly than some federal requirement that may or may not get through Congress in the next five years.”

As many mayors do, Moenning visits the grade schools of Norfolk during the year, and he is encouraged by the response of young people.

“[Them] wanting to be part of the solution and saying, ‘Look, we can do things differently than we’ve been doing them, and we can do them in a better way that’s better for the environment, better for our community and gives us a chance to stick around,’” Moenning said. “We want young people to stay in Nebraska. We have to give them a reason to.”

Moenning said there is no better way to start this movement than in the local governments of rural Nebrasaka.

“I think we can find that a lot of these issues they get caught up in the nonsensical back-and-forth in Washington … they’re just used as tools for political gamesmanship,” Moenning said. “That stuff doesn’t matter. Just get beyond people getting so riled up and wrapped up in polarization and find solutions to things.”

The flood has brought devastation all around the state, and though the recovery process is well on its way, Moenning brings to the discussion a sense of opportunity to better Nebraska and be better prepared for disasters  in the future.