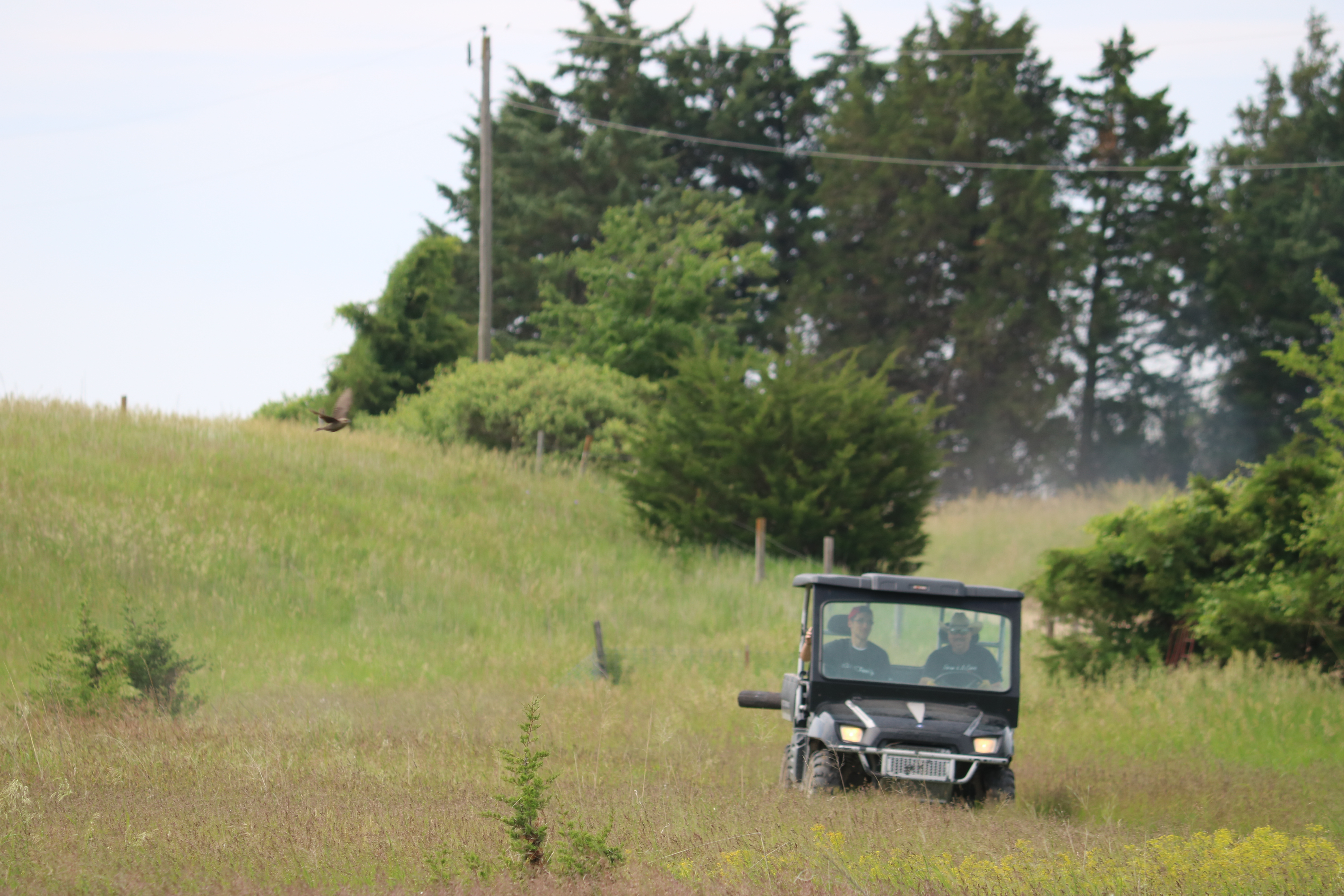 As the wind rushed over Tony Lesiak’s farm, I picked yet another onion from the ground and stuck it in my mouth. Chewing on possibly the spiciest vegetable I’ve ever eaten, Tony appeared from around the corner in his heavy-duty four wheeler and told me to hop in.

Heading up the hill, holding on for dear life, Tony started talking to me about how he was raised, telling me stories of hunting, trapping and living off the land.

He expressed some of the values he has learned, the same values, he said, that have been handed down in his family for generations.

Then suddenly, as he was beginning to tell me stories of his father, he was cut off by the deafening silence of the engine. The four wheeler died.

Jumping out of the vehicle, he grabbed a battery out of the back to jump start it. With the vehicle back on, we got maybe another 15 yards up the hill before it died again.

Asking me for help this time, I hopped out and offered to lend a hand.

Outside the four wheeler, starting to work on the engine, Tony began to open up. I think he finally trusted me.

“I was really nervous about having all you guys here today,” Lesiak said. “But I’m so happy you all came.”

Tony described some more of the challenges he has faced since March as the engine kicked back on for the third time. Riding down the hill, it died again.

“Sorry,” Lesiak said. “This must be the worst ride of your life.”

I objected to this, saying the bumpy road was actually kind of fun. Instead, his words made me think of all he has been through. The worst ride of his life had just occurred a few months ago. Here he was, still recovering, apologizing to me for something as simple as his four wheeler.

That described him perfectly.

A traveler, a cowboy, a father and a survivor, Tony Lesiak is as Nebraskans often say, “good people” and what it means to be a Nebraskan.

In his time of need, he showed us humility. He practiced a warm, welcoming hand, and he practiced grit and determination to overcome so much.

And there was still so much to overcome.

Several years ago, Tony was bucked off of a horse, which resulted in a serious head injury, six months in a coma and long-term disability, which makes overcoming this obstacle so much more challenging.

Remaining humble however, he spoke so highly of the help he has been receiving.

“The younger [people], when they step in, they take the fencepost away from me, and they’ll put it in, and that tells me who they are, how they were raised and who we’re gifted with,” Lesiak said. “We have got the most amazing people all the way around us, and I’ve always been so proud of Nebraska.”