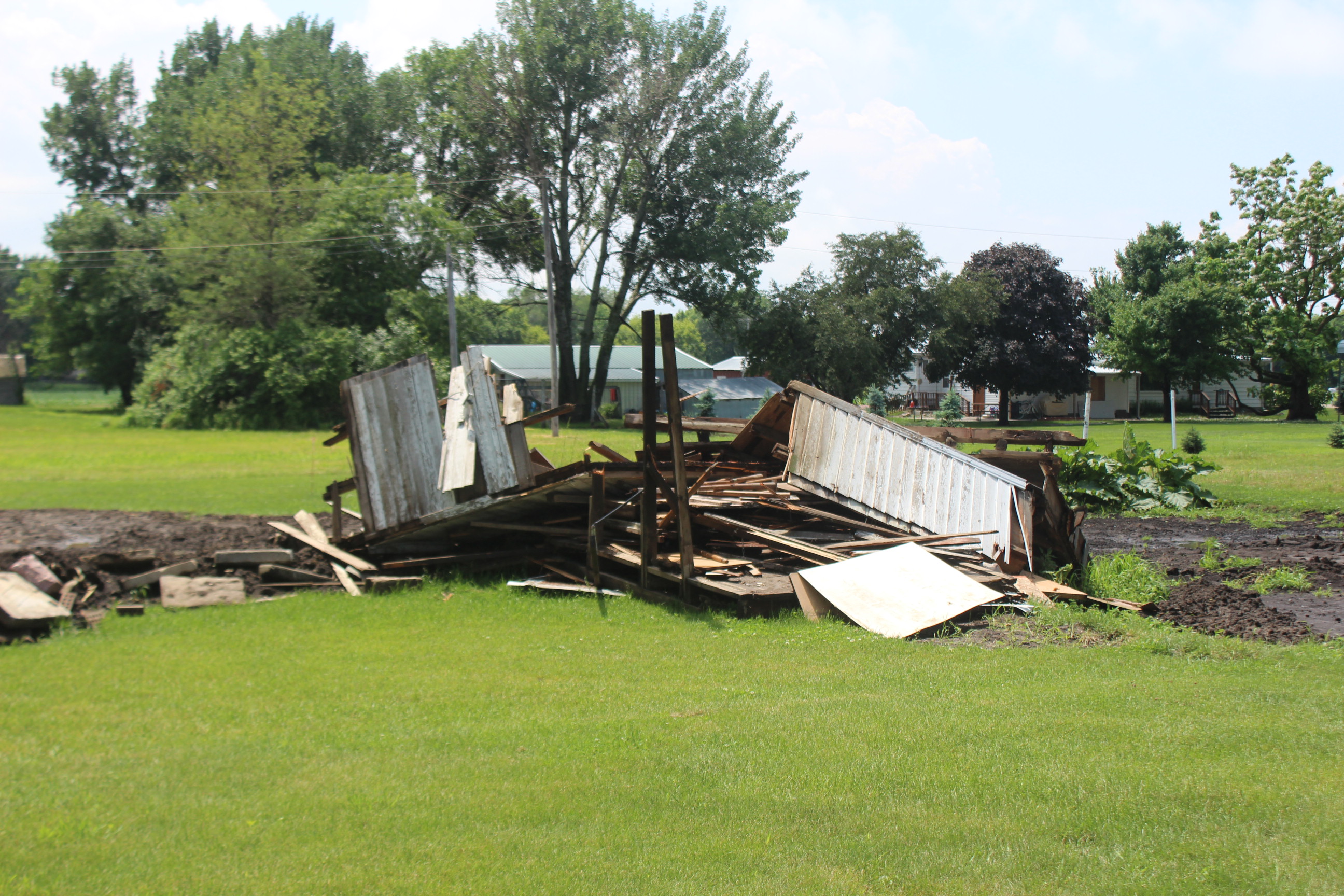 A resident from Osmond, Nebraska, had her life flash before her eyes, but it wasn’t a flash. The fear lasted over 24 hours because she was trapped in another town and didn’t know if her house or her place of work in Norfolk, Nebraska, was safe.

Dottie Schmit started off her Wednesday workday like usual. Her husband, Tom, was told to go home because it was starting to flood. Tom was upset because Osmond hadn’t been affected yet, so he tried to go back to work. However, he quickly found out that wasn’t going to happen. The roads were impassable and the electricity was shut off. It was starting to get really bad.

“I’m not sure the exact time, but at some point, Tom thought it was the wind coming up,” said Dottie. “It was actually the water rushing toward the house.”

While Schmit didn’t lose any personal items, her family was caught off guard. The water didn’t come from the south, but instead came out of the north which isn’t even considered a flood plain area. Schmit has never seen that happen before. The house was completely surrounded. Water was only an inch from coming through their doors. Ice chunks hit their shed repeatedly. Tons of tools in their shed were ruined. Their cellar was filled with corn stalks. They even had to climb under the house to pull out the sopping wet insulation. Not being there was very tough for Schmit.

“I felt helpless,” said Schmit. “I was with my daughter, so at least I knew she was safe, and I knew my husband was with my son, so I knew they were safe. But knowing you don’t know if your house is gonna be there anymore, it’s very hard. At one point my husband said, ‘I think this is it, I think we’re going to lose the house’ because it was that close to coming in.”

The hair salon where Dottie works, The Heritage, was also under evacuation.

“That was tough because I thought if I lose my home and I lose my job, how am I going to pay my bills?” said Schmit.

Schmit’s husband and her son, Dylan, even had to sleep in a van by the filling station in Osmond on the night the flooding happened.

Schmit found out the damage the next day when her friend picked her up in a nearby town to take her home.

“I cried all the way home because I was just emotionally just shot for not knowing what it was,” said Schmit.

The flood of March 2019 caused damage not only economically but also caused multiple fatalities. Communities in Nebraska are continually flooding because there hasn’t been a long enough dry period. Schmit is one of many Nebraskans still being impacted by the flood that started over three months ago.

The water in Osmond “came out of nowhere in no time”, according to Schmit. She ended up taking the lawn to her house because her driveway was completely covered. Her family was fortunate because they were able to take out flood insurance. Others weren’t so lucky. But working with insurance isn’t always a piece of cake.

“It’s tough because dealing with insurance, you have to do it on insurance’s terminology,” said Schmit. “In a lot of situations, the insurance has been through it. They know what they’re going through. It was a month before we had somebody to look at our foundation, and an engineer to even tell us if we should be living there. Our kids didn’t live there for two weeks. We went back there because of our dog.”

Schmit could have received help from FEMA, but wasn’t allowed to since her family had flood insurance.

They haven’t fixed a whole lot yet on their house. The foundation still isn’t fixed since they are still working with insurance. They can’t put in new insulation or wiring until the foundation is complete either. Yet, the family remains hopeful that work will begin soon.

The whole town of Osmond is still suffering from the flood. Tiger Tavern, a restaurant in Osmond, is now being run out of a trailer because it was so badly damaged. The post office which the Schmit’s own also took a couple months to recover. Roads are still badly damaged. However, Osmond is on their way to recovery thanks to help from everybody. People called their neighbors. High school teams went door to door. Businesses held fundraisers and gave away free meals at the local auditorium. Schmit’s family would have used help themselves, but the problem area was too small for multiple people.

Schmit has changed a few of her methods because of the flood. One of them is making sure everything is insured.

“We’re going to take pictures of everything we own,” Schmit said. “Just in case something more would ever happen, but it makes you think twice when it rains really hard. My personal pictures of all my family, they’re not sitting on the lowest part of a shelf now. So, if we got flooded, they’d be protected.”

Schmit also added she’s going to have to start paying more attention to the weather.

“Actually listening probably when they say flash flood watch,” said Schmit. “I’ve ignored that for years because they say it all the time but after that day. That makes me stop and think now.”

Her last desire was for change on a much larger scale.

“Osmond’s a very strong community,” said Schmit. “I love them dearly. They helped a lot. And if nothing else in the world, everybody thinks you need a grand gesture to help people,  and for me, it was even the people that just sent me a text, is everything OK? So, I think in this world we need to get back to just caring for each other because that’s when people step up. That stuff was huge. Even through it all, that really made it a lot simpler.” 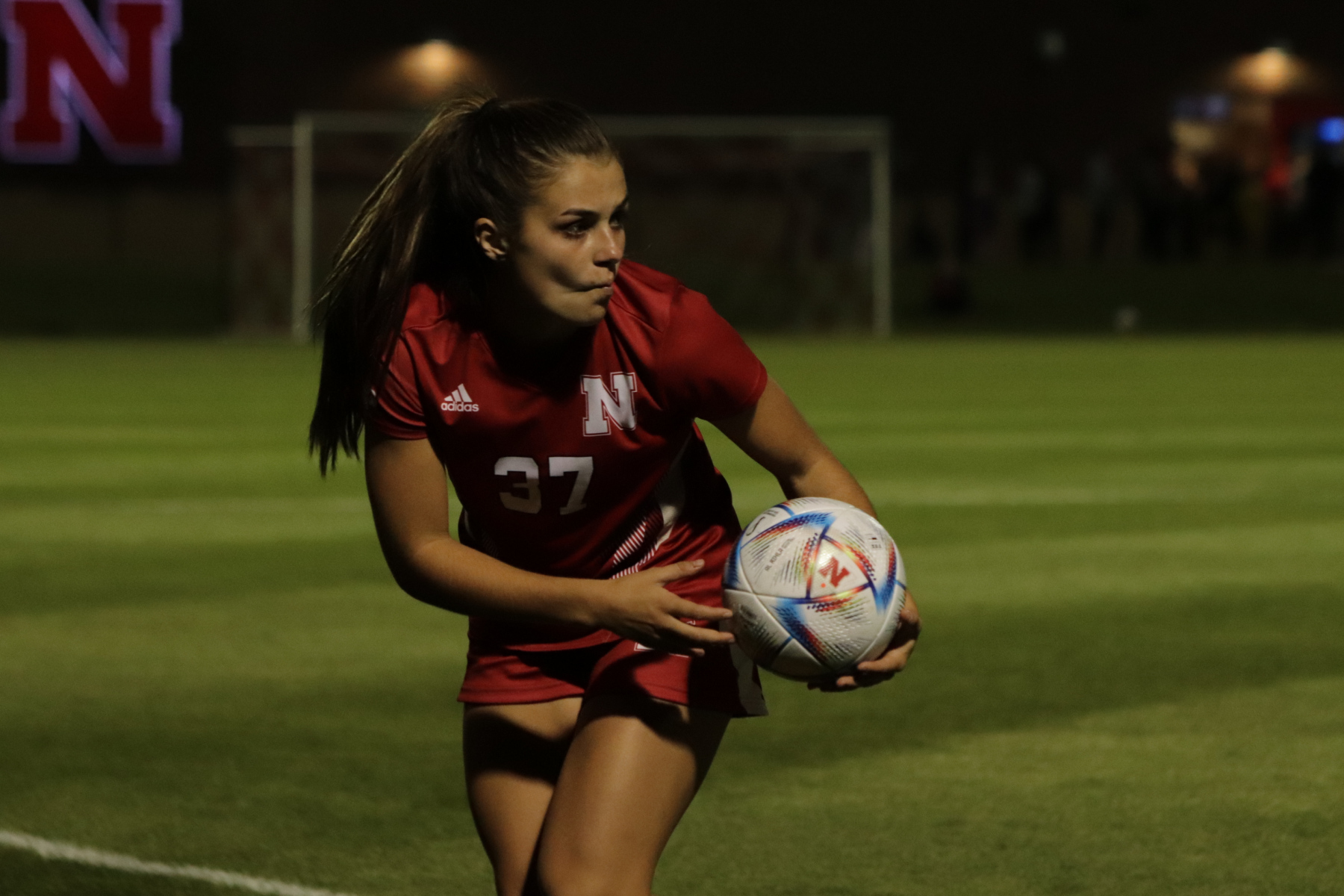 Jordan Zade gets ready to throw the ball in