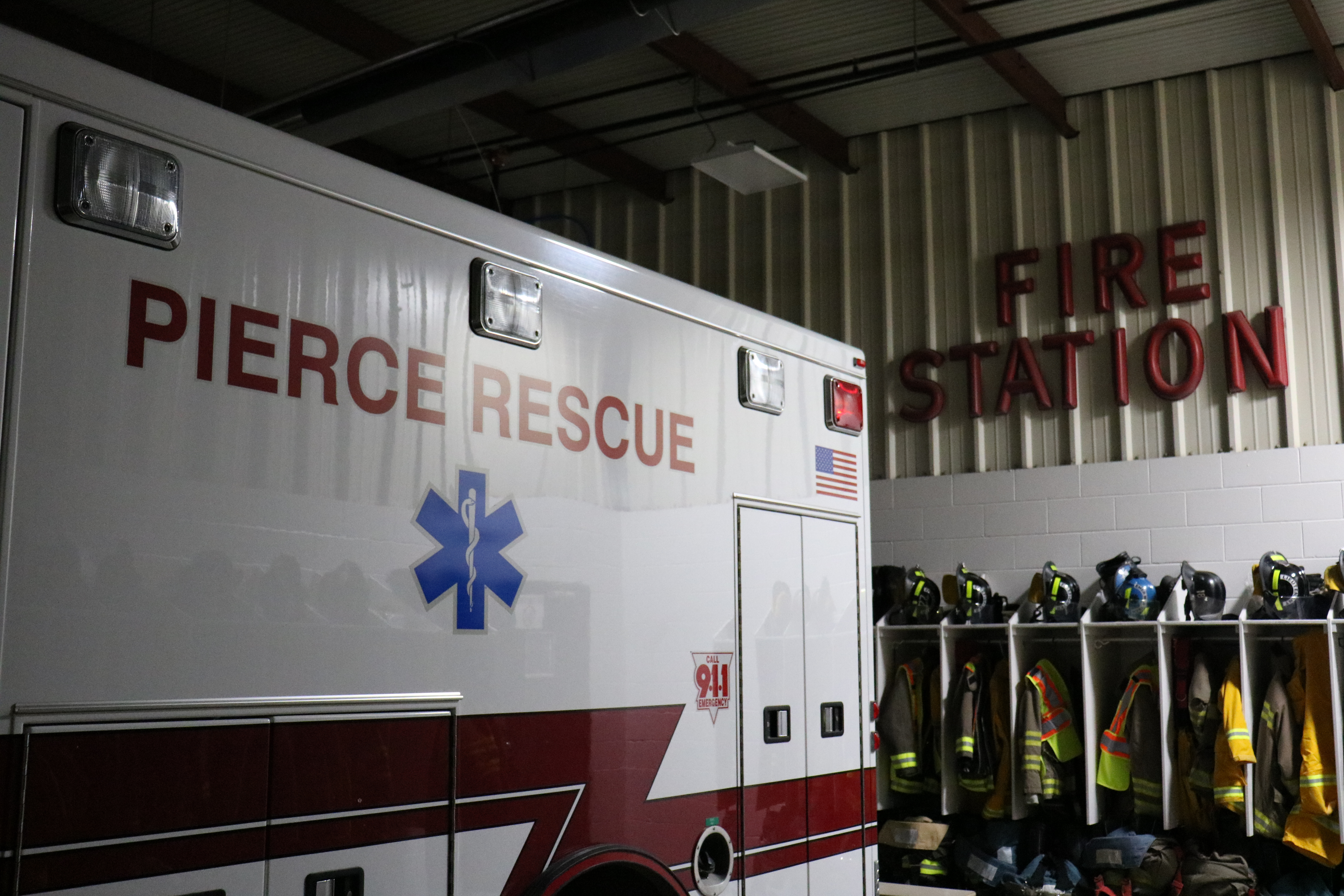 Asking someone to risk their life, work for days on very little sleep, leave their family in a time of need, and stand up to protect their hometown is a lot to ask, especially when they don’t expect a single penny in return.

That’s exactly what the volunteers at the Pierce Volunteer Fire and Rescue Department did when devastating flooding from the north fork of the Elkhorn River threatened their town last March.

The night before the flooding began, the department had a meeting with over 40 of its members to discuss plans to mitigate the flooding’s effects. First, they began to ensure that Pierce’s floodgates were clear, and in the morning they began sandbagging streets to divert water from the most vulnerable parts of town.

“The water came in, and when it did, it came in hard.” he said “We had water coming in the southwest corner of town like we’ve never had it before.”

The town’s trailer park was threatened and four homes in the area were flooded.

A few hours later, the station began getting calls from vehicles that had been swept off the road by water. They deployed a boat normally used for water rescue, but it was unable to reach victims.

It was unclear how the station was going to respond, until the town had a remarkable stroke of luck.

When Schwartz was returning to the fire station for more equipment, he saw a truck drive into town pulling an airboat.

“I was like ‘you gotta be kidding me,’” Schwartz said

Schwartz commandeered the boat, and he and the pilot rushed to the scene. By the end of the day, the airboat saved five people, three dogs and one goat. They then went to the Hadar area to do several more rescues.

“We went ahead and took everybody,” Dolesh said.

Both Dolesh and Schwartz said that the scale of the disaster was far beyond anything that the town had seen before.

“I’ve been here my whole life, and Rod (Schwartz) has been too, and we’ve dealt with smaller floods before but nothing remotely like this.” Dolesh said “Some of the old timers that have lived here their entire life have never seen anything like this.”

Over the course of the flooding, the department logged over 20,000 volunteer hours from their members and members of the community. Despite the disaster, Dolesh said, the town’s response was remarkable.

“The neat part about something like this is to watch the whole community come together and volunteer,” he said.