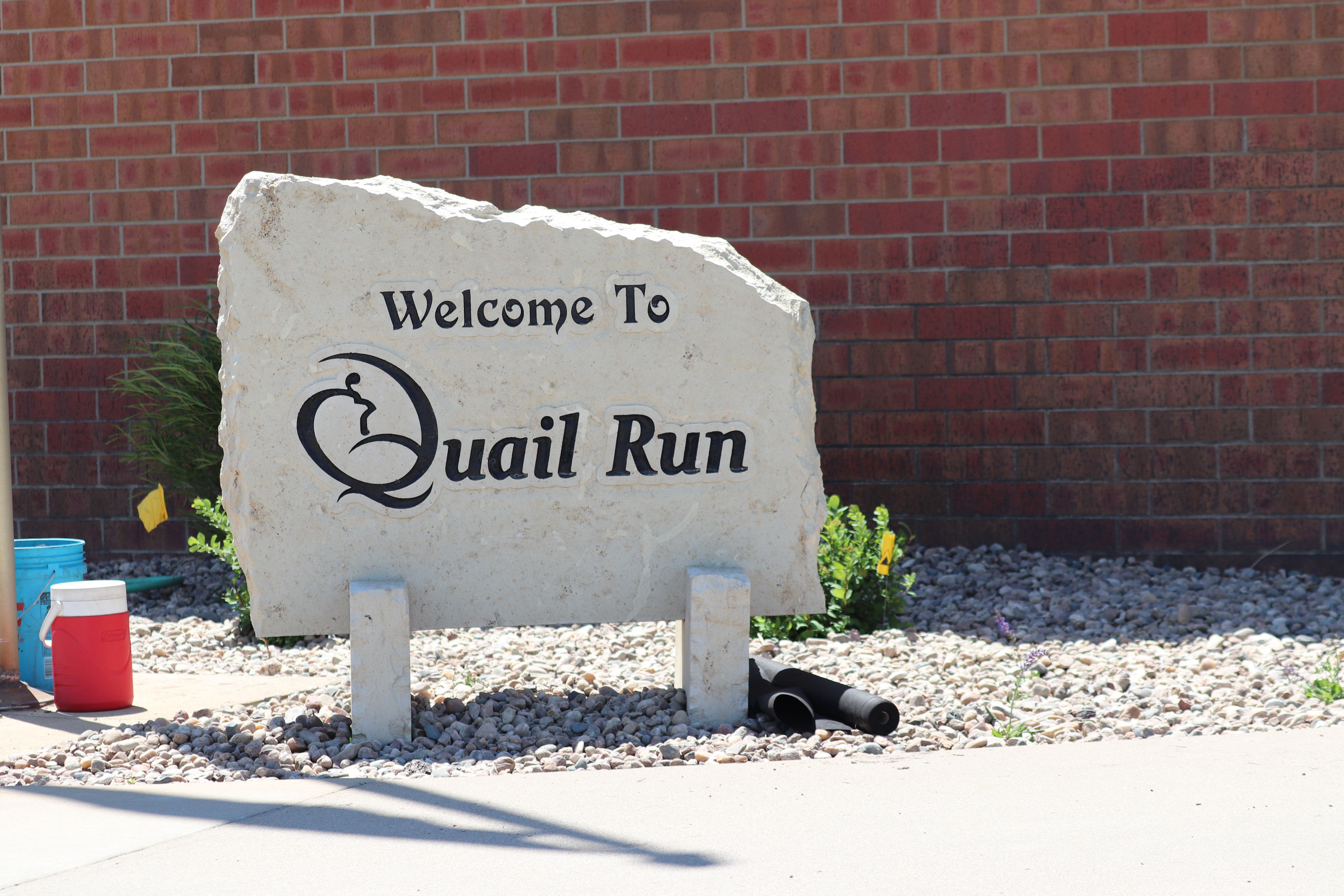 Think of the perfect picturesque signature part of a golf course. The perfect hole right along the river in between a grove of trees creating a calm breeze.

Now imagine that same part of the golf course covered in six feet of sand with dead trees scattered everywhere, and the ones that are still standing missing bark 10 to 15 feet up.

This is the harsh reality the Quail Run Golf Course in Columbus, Nebraska, faces due to the extensive flooding of both the Loup and Platte Rivers in the middle of March 2019.

Doug Moore, Public Property Director of the City of Columbus, is in charge of eight departments in the city including the golf course. He was given “quite a bit of forewarning” from NEMA (Nebraska Emergency Management Agency) and the NWS (National Weather Service). Moore was still shocked the first time he saw the damage.

“We didn’t anticipate the damage that we received,” Moore said. “It far exceeded anything that we imagined. It all just kind of happened in slow motion, the fact that we couldn’t get out there right away and stand on the top of the levee and look. It took us two to three weeks before we actually saw all the damage and how devastating it was. But your first initial thing you just can’t believe it.”

Keith Kline, Golf Superintendent of the Quail Run Golf Course, knew they were in trouble when the water went over their greens that sit next to the Loup River.

“I never want to see a flood again,” Kline said.

Kline told us all he could think of the first time he came back and how much work it was going to take to recover from the damage caused by the water and sand.

All of this damage is going to cause the golf course’s revenue to take a significant hit this year.

“We still will probably have most of the same expenses because we are maintaining the north side of the course, but also we’re maintaining some of the south side of course as far as the greens and we still have the same number of staff,” Moore said. “It’s going to be a major financial hit that the city takes.”

Maintinence’’s main priority has been to save the greens on the south side of the course. They have been spraying, watering and keeping them as clean as possible since they’re the most expensive to repair. Maintenance is still finding broken pipes which they plan to watch the rest of the summer. The golf course can’t do a lot on the south side until FEMA comes in and givers their input on what they will fund to fix.

Not only have they been keeping the greens up on the south side, but Moore has given orders to Kline’s staff to keep the north side as good as possible. They ended up make-shifting two holes and turning them into two par 3s which isn’t the most challenging, but it leaves them with nine usable holes.

The flood has been very difficult for community members. Many of them have been upset about not being able to play on the south side of the course which is the favorite side according to Moore.

“They want to be down there golfing,” said Kline. “They want to help clean up. Right now we just can’t do anything, and we just have to wait and see. They’re happy with what we give them, but they want more.”

Quail Run Golf Course is known as one of the top courses in the state year after year. People come from Omaha and clear out west to play on the course. They have thirty five thousand rounds where people have membership cards or they can pay as they come in. They even host the Class B State Championship for high school golf every year. But now with the damage, they won’t be able to host the event this year which will also hamper their revenue.

The golf course has catered to customers by lowering their nine hole fee to the same price as Vanberg which is another golf course in town. They also gave customers the opportunity to refund their yearly passes if they wanted to. However, they have seen great support from the community as only three people have taken advantage of this opportunity. Both Moore and Kline said the community is proud of the golf course and most realize how great it is. They want everything back the way it was like most people do with change, but sadly, it may not be achievable.

Moore doesn’t have any idea how long it will take to clean up. Once a contractor is able to start clearing the sand, they’ll most likely find more damage they don’t know of yet such as more irrigation being broken.

“Best case scenario. I would hope we’d be open next spring,” said Moore. “But am I optimistic that’s going to happen? Not particularly.”

Kline, however, remains overall optimistic and never really got down about the flood even though he knows it’s going to take a lot of work.

“We’ll be back,” Kline said. “Someway, somehow, will make it. We’ve got a lot of help from Doug, and the City Council is behind us, so we’ll get it done.”

no images were found