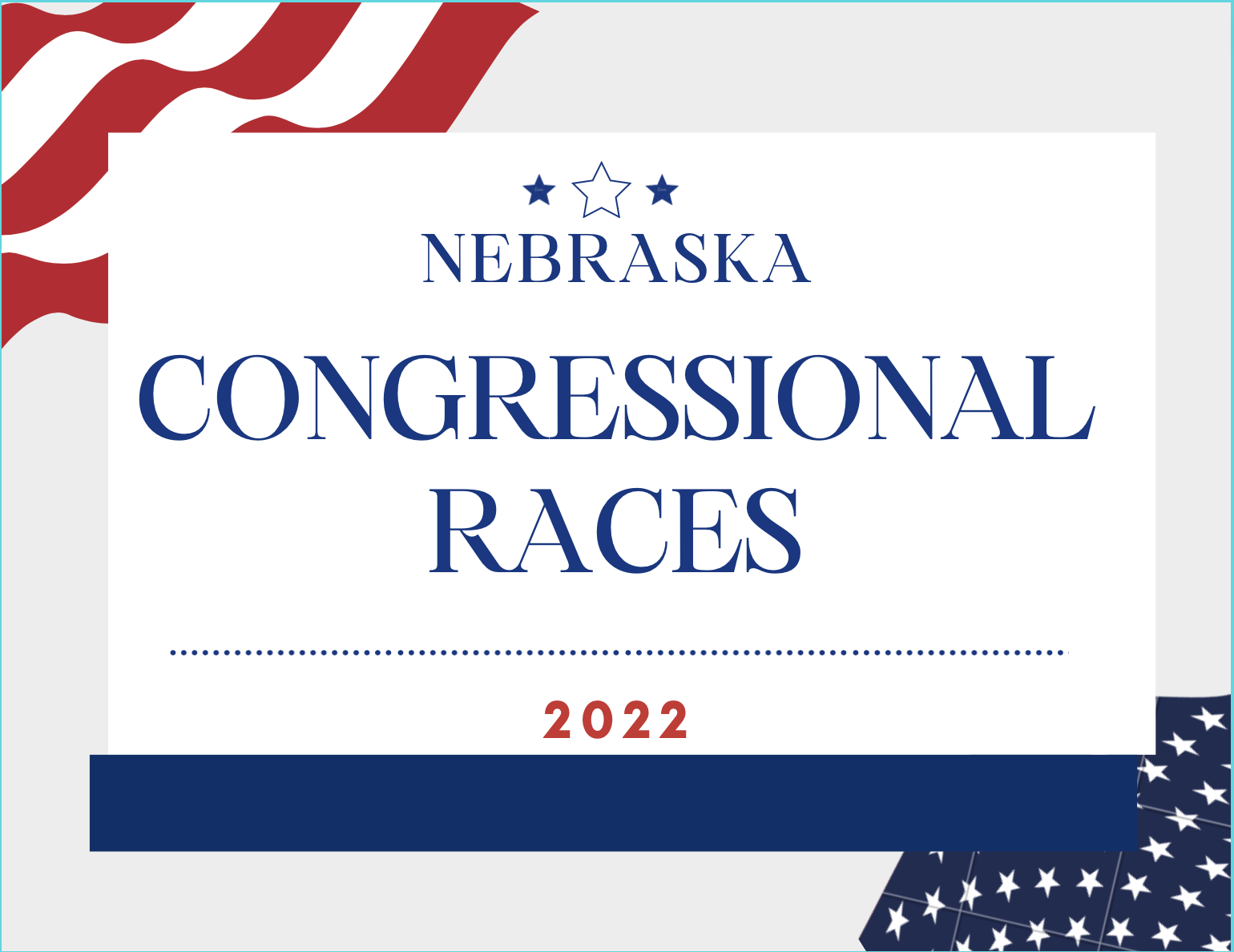 The 2022 midterm elections will show Americans’ attitudes toward President Joe Biden’s agenda and the Democrat-led House of Representatives and Senate. Democrats hold slim margins in the House and Senate, at a four-seat and one-seat majority, respectively.

Nebraska is generally known as a Republican stronghold, but Nebraska’s second congressional district, Douglas and Sarpy counties, is known to be generally competitive. For example, Biden won the second district in 2020 while Republican Congressman Don Bacon was re-elected on the same ballot. Even with redistricting changes to the second district, which added Saunders County, the race is still expected to be competitive.

The incumbent of the first district is Jeff Fortenberry (R). Fortenberry is from Lincoln and served on the Lincoln City Council before running in the 2004 House election. He won that election by 11 points against Matt Connealy. Fortenberry has won re-election every two years since then.

Fortenberry has sponsored a number of bills in 2021, including the Winnebago Land Transfer Act of 2021, which would return land in Iowa along the Missouri River to the Winnebago Tribe of Nebraska. The America’s National Museum of the Cold War Act of 2021 would establish the Strategic Air Command and Aerospace Museum in Ashland as “America’s National Museum of the Cold War.” Lastly, the Care for Her Act would establish physical and social support for women with pregnancies.

Fortenberry has yet to announce a run for re-election in 2022. Nebraska residents suspect his hesitancy to announce a run is due to his indictment in October. While no Democratic challenger has formally announced a bid, some speculate that Nebraska State Sen. Patty Pansing Brooks of the 28th District, which encompasses parts of Lincoln, will run to unseat Fortenberry.

Fortenberry won his re-election in 2020 by 21.8 points. The Cook Political Report’s Partisan Voter Index, which examines how congressional districts vote on the presidential level compared to the entire nation, has rated the first district as R+11. The R+11 rating defines the district as Republican leaning. If Fortenberry does not run, the seat is likely to be a Republican hold, but the race could potentially become competitive if Fortenberry decides to run again.

The incumbent of the second district is Don Bacon (R). Bacon is of Omaha, and he served in the Air Force for almost 30 years before running in the 2016 House election. Bacon ran against then-incumbent, Democrat Brad Ashford, and defeated him by a small margin of 1.2 points. Bacon has since won re-election in both 2018 and 2020. He is running again in 2022.

Bacon has also sponsored many bills, with some garnering bipartisan support. The Emmett Till and Will Brown Justice for Victims of Lynching Act of 2021 would enforce harsher sentences against lynching perpetrators and see lynching as a way of denying civil rights. The Back the Blue Act of 2021 would protect law enforcement officers by enforcing harsher punishments on those who attack officers. Lastly, the Foster Care Stabilization Act would improve pre-placement services for those in foster care.

Currently, there are two Democratic challengers: Tony Vargas and Alisha Shelton. Vargas is a Nebraska state senator representing the 8th district, which encompasses downtown and parts of Southeastern Omaha. Before serving in the Legislature, Vargas was a public school teacher and was a member of the Omaha Public Schools Board. Shelton is currently a mental health counselor and practitioner. In 2020, she ran in the Democratic primary for the Senate election, losing to Chris Janicek. Vargas and Shelton will face off in the Democratic primary on May 10, 2022.

Bacon was re-elected in 2020 by 4.6 points. What surprised many about Bacon’s win in 2020 is that the 2nd district went to Joe Biden in the 2020 election by 6.6 points. This means that there were many Biden/Bacon voters, even with Bacon’s challenger, Democrat Kara Eastman, on the ballot. It’s also notable that the 2020 election was Bacon and Eastman’s rematch, as Eastman challenged Bacon’s seat in 2018 and lost by a little under 5,000 votes out of almost 250,000 votes cast. Bacon’s ability to survive 2018 (a blue wave year) and 2020 (Biden won the 2nd district) shows how electable Bacon is. He often touts his bipartisan record during election cycles, appealing to the suburban communities of the district.

With a Partisan Voter Index of R+1, the race will most likely be very competitive. The R+1 indicates the district slightly tilts Republican, but is generally seen as competitive. It’s clear that Vargas or Shelton will have to win over the moderates of the second district in order to defeat Bacon.

The incumbent of the 3rd congressional district is Adrian Smith. Smith is from Gering, and he served in the Nebraska Legislature before running in the 2006 House elections. He defeated his opponent Scott Kleeb by nearly ten points. He has won every election by considerable margins since then. He has not stated if he is running for re-election.

Smith has sponsored four bills in 2021. The UAC State Notification Act of 2021 would require to alert a state governor if an unaccompanied alien child is under a state’s custody. The Strengthening Innovation in Medicare and Medicaid Act would opt to restore transparency to the Center for Medicare and Medicaid Innovation. The third congressional district houses a large elderly population, so it makes sense for Smith to sponsor such a bill.

Nobody has officially challenged this seat. The third congressional district is very rural and very conservative. The Partisan Voter Index rates the district as R+30. Even if Smith were not to run, the seat will certainly be a Republican hold. Smith won his 2020 election by 60.8 points, so it’s extremely unlikely a Democrat will swing the district to the left.

Will Nebraska Play a Role in the 2022 Midterms?

While Nebraska’s first and third districts will probably not have an impact on the midterms, the second district could play a role in determining who controls the House majority after 2022. A somewhat competitive first congressional district race cannot be ruled out if Fortenberry decides to run again.