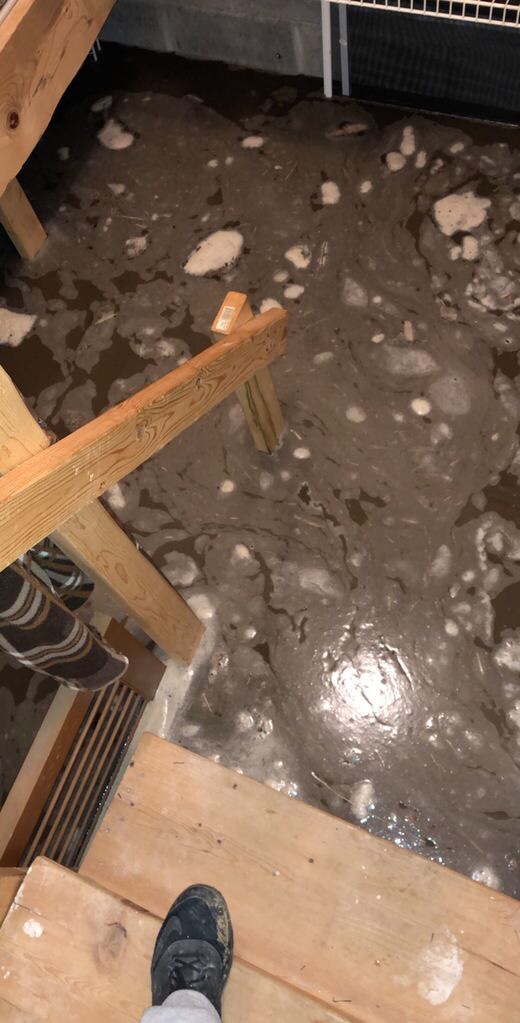 At 5:30 a.m., Dave Kracht rose to start his morning routine and found his house was quickly filling with water.

“My dad (Dave) woke me up and told me we have to go,” Jon said. “I told the old man to close the door and to let me get back to sleep. I clearly was in for a rude awakening.”

Dave was the first to assess the situation the day their family evacuated from their home near 230th and Maple in Elkhorn, Nebraska. Jon recalls the morning his father woke him as “unreal” and “smelly.”

Soon, the waters flooded the house, and Jon tried to get his dad’s boots from the basement so he could start the truck and high-tail it out of the current disaster at hand.

“The basement smelled like death,” Jon said. “There was mud everywhere, and if I was to grab anything, I’d need a wetsuit and scuba gear before I dove into this crap.”

Jon remembers grabbing his valuable trading cards that were worth at least $5,000.

His parents, however, didn’t save much and were mainly worried about saving themselves.

The car was underwater, so they quickly called the fire department who came two hours later.

The Kracht’s lost a chicken coop and some cars but plan to rebuild their house where the damage occurred.

“We’re not moving, because this is where home is for us,” said Laura Kracht.

Consider the Krachts shaken but not stirred.