That never happened. On that day, Jensen, a student at the University of Nebraska-Omaha, sold hardly anything. One car pulled up to her tent, but instead of asking about Jensen’s products, the driver asked if she was selling bottled water.

It reached the point where Jensen was walking up to cars at stop signs to try to sell her chocolates.

Today, Jensen owns The Chocolate Season, where customers come to her to find a wide variety of crafted chocolates and coffee at 3855 Village Lane in Lincoln.

Jensen is one of a growing number of Nebraska women who are overcoming struggles to become successful entrepreneurs.

Last year, women owned 44 percent of the businesses in the state, according to the 2021 Nebraska Small Business Economic Profile. That is a significant increase over the past 15 years. According to Status of Women in the States, only 6 percent of Nebraska businesses were female-owned in 2007 and 31.7 percent in 2012. 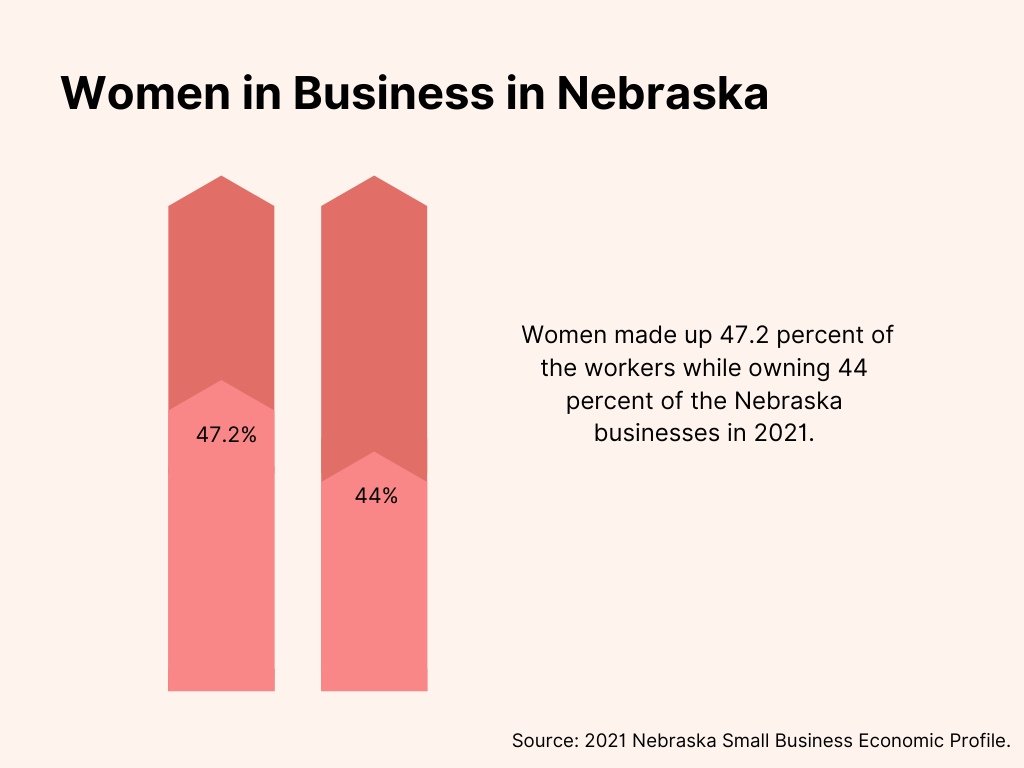 These women-owned businesses are part of a larger Nebraska trend: An overall increase in new small businesses. From March 2020 to March 2021, the number of businesses in Nebraska grew by 7 percent, which was the most since 2017 and placed the state among some of the highest in the Midwest. 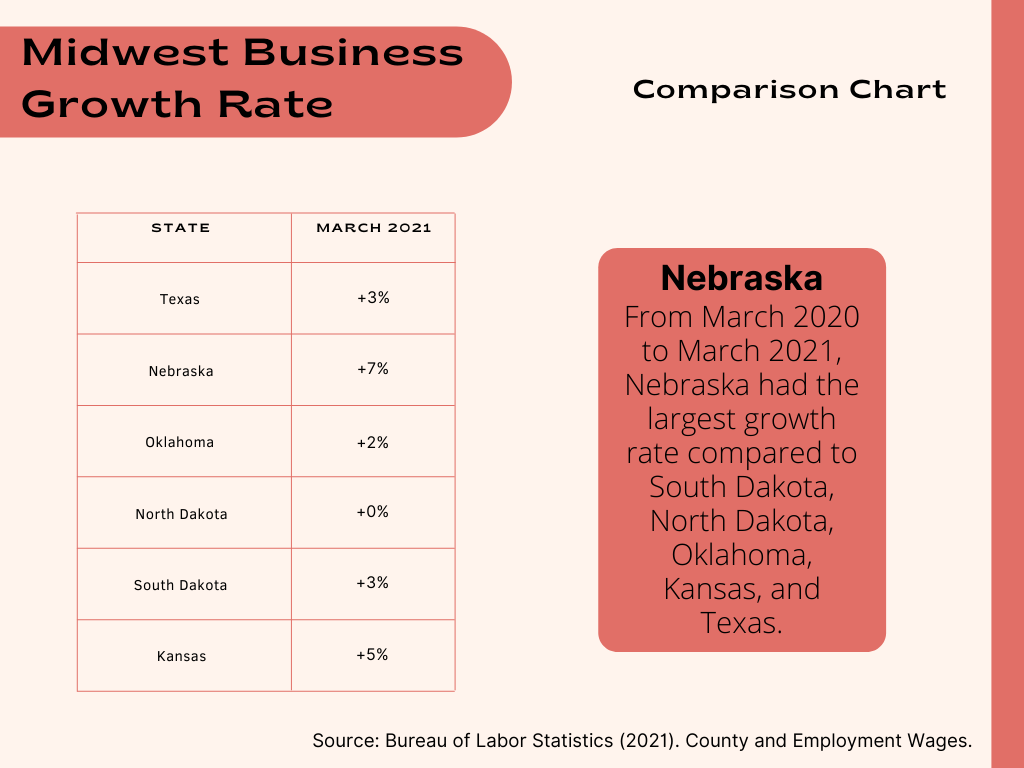 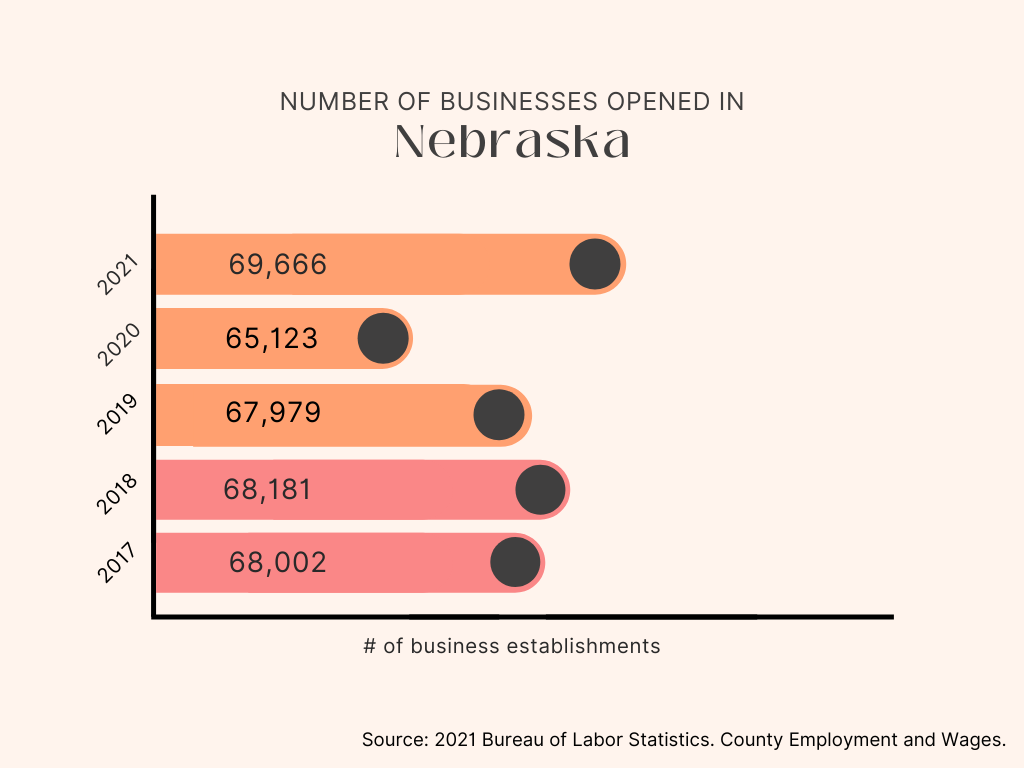 Nebraska offers specific resources for women-owned businesses, and the GROW Nebraska Women’s Business Center is one of those. This organization works closely with women who need advice when it comes to starting their businesses.

Yet for many women who own small businesses, the entrepreneurial path often is filled with challenges and struggles that they have had to learn to navigate on their own.

Megan Castor, like Jensen, has struggled as she runs her own coffee shop in Lincoln.

Castor, originally from Omaha, is a full-time advertising and public relations senior at the University of Nebraska-Lincoln while also running her own coffee shop. Castor has been the owner of Reactor Coffee, 2124 Y St., for nearly eight months.

One of the main struggles Castor has worked through is juggling the responsibilities of schoolwork while also operating the coffee shop. Depending on the given day, Castor must decide which is more important.

Reactor had been open for two years before Castor became owner and manager in 2021, but she completely changed the shop. And that, too, has been one of her biggest challenges, she said. The main change was to the interior design of the shop. Castor added new furniture and decorations throughout. But she said the changes have attracted many college students to the shop.

For Kim Zwiener, a broker and the owner of the Sellstate Empire Realty in Lincoln, early struggles actually helped her, she said.

She started Sellstate in 2010 with her business partner but gained sole ownership in 2019. The business started in the basement of her partner’s house because they had so few resources.

But she said that struggle paid off because it allowed them to improve their skills and grow more internally while also being able to save money.

Emmy Gorman encountered obstacles when she started Blush Bridal Boutique, 5505 S. 16th St., in 2012. Her goal with the business is to provide soon-to-be brides the experience that she didn’t: One in which bridal shop employees are genuinely invested in the process and don’t pressure the bride into purchases they aren’t interested in.

The biggest struggle for Gorman was getting the business started initially, specifically because women businesses can be significantly underfunded.

Gorman was able to gather enough money from small investors to start Blush Bridal, but she did not pay herself for nearly the entire first year.

“It was very tough back then, but I had to get the business on stable footing,” Gorman said.

Another struggle that Gorman had when starting her business was when she talked to banks and investors. They would typically ask her, “What does your husband think of this? Did you run this by him?” After noticing this pattern, Gorman stood up for herself.

Although all of these women and their businesses have found success through the years, they encountered gender-based stereotypes.

Yet Castor said that as a woman, there are certain aspects of owning a small business that came easier for her.

“I think in some ways it’s easier because women are a huge customer base for coffee shops,” Castor said. “I feel like I made it easier and more comfortable for women when they come in and see another woman or feel like someone can relate to them.”

At the same time, Castor said that she has undoubtedly felt the need to prove herself more in the workplace simply because she’s a woman.

Initially, Zwiener said she did not have the easiest route when joining the realty field, which historically has been dominated by older men. Zwiener noted that women weren’t allowed to be Realtors until the mid-20th Century.

When she became a real estate agent in 2006, she said there were only a handful of women Realtors in their 20s in Lincoln. The female demographic has increased significantly over the years, however. According to Zippia, females now make up 57 percent of Realtors nationally.

Zwiener was named a Top Agent Award winner by Homesnap Pro in 2021 because she was in the top 15 percent nationally among real estate agents. Yet, Zwiener said she still faces a struggle with trying to prove herself because she is a woman.

Lincoln, as it turns out, was a great place to start and build a business, and these entrepreneurs agreed. They said they received strong support from the Lincoln community.

And that’s why Jensen said she plans to launch a fundraising program at The Chocolate Season to help local Lincoln schools so that she can give back to the community after what Lincoln customers have done for her business.

Being from Nebraska originally, Castor was well-familiar with the local community support for small businesses, specifically in Lincoln. She immediately noticed the support for Reactor from locals.

Zwiener, who grew up in Spalding, Nebraska, knew she had to move to a bigger market to have any shot at success with real estate. She fell in love with the small-town feel that Lincoln has to offer.

All of these women business owners have faced hardships during their journeys, yet each of them has found success in their own way.

Jensen offered advice to women thinking about starting their own business.

“Build your reputation,” she said. “Get a backbone of people that trust you and can refer you because if you don’t have authentic validity in the marketplace, people won’t choose you.”