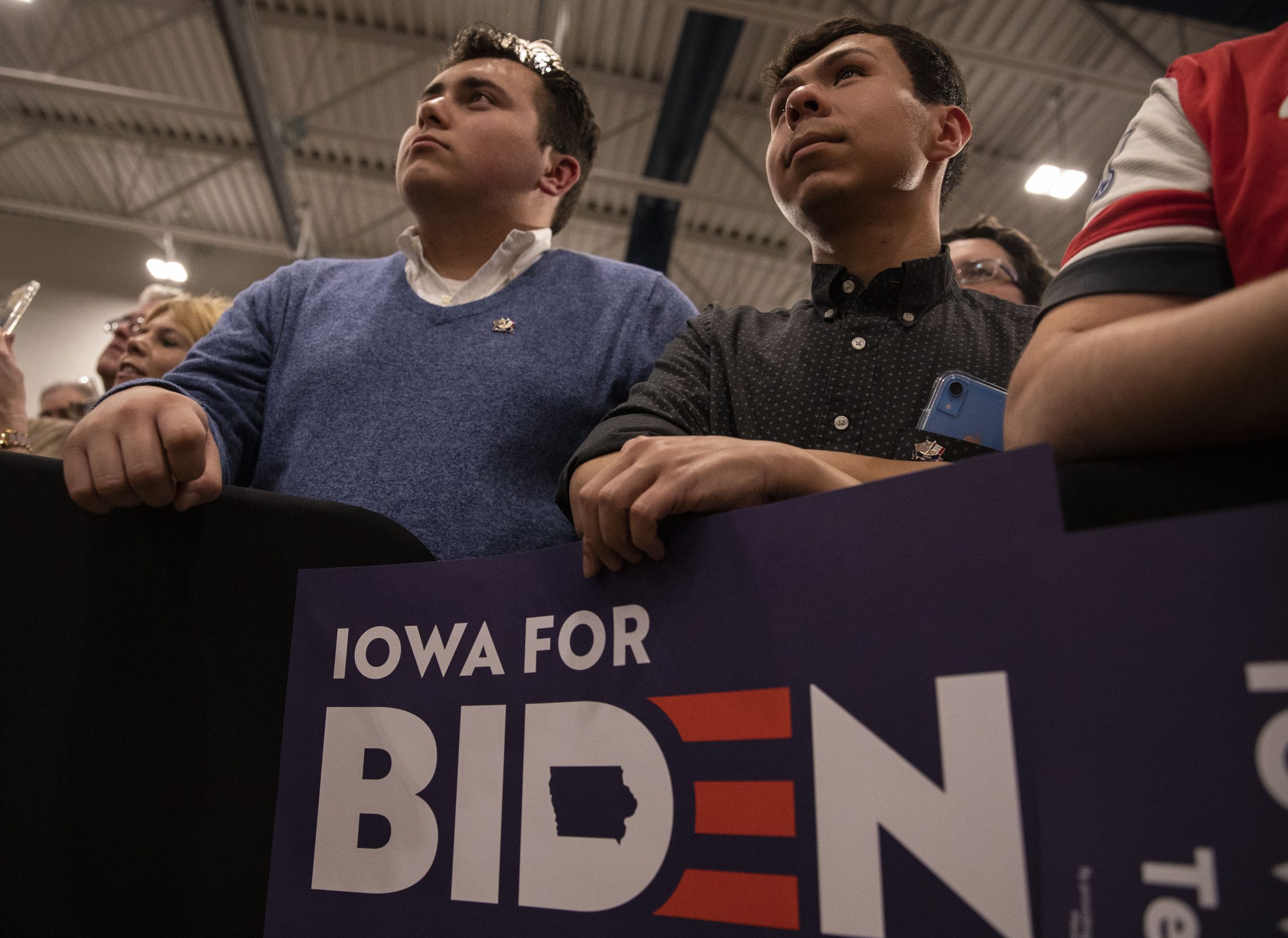 The results are in from the Iowa Caucuses. The results are listed below. According to the New York Times, the Sanders campaign will request a recanvass. — John Eirinberg

The Associated Press is still unable to declare a winner. Maggie Astor of the New York Times said we might know the results of the New Hampshire caucus before Iowa. It sounds sarcastic, but it’s the truth. — John Eirinberg

The Associated Press has reported that 71% of precincts have reported results. Buttigieg continues to have a slight lead over Sanders. — John Eirinberg

Results are taking longer than expected. What we know to this point is that Biden has surpassed Klobuchar. We will announce the final results when the votes are tallied. — John Eirinberg

Elizabeth Warren declared victory in the Iowa Caucuses last night. Voting is still being tallied. At this point Buttigieg has a narrow lead. Results are expected within the next hour. — John Eirinberg

After a long night we are still awaiting results from the Iowa Caucuses. Signing out for now. — John Eirinberg

Recap of where where the Caucus currently stands.

Supporters of candidates are trying to convince other’s at their caucus to support their candidates after the first alignment. — John Eirinberg

Paula Zenick, new resident of Iowa, participated in her first caucus at the Capital Square Caucus location in support of Warren. –Monica Uzpen

Samuel Tang showed his support for Pete Buttigieg who he said will proudly represent LGBTQ+ in a higher office. –Monica Uzpen

Nick Corasaniti from the New York Times, just reported that one of the reasons for the slow results is that precinct chairs abandoned the app that was built to report results. Users are having issues logging in. — John Eirinberg

Delegates have been announced from the Capital Square Caucus. — Monica Uzpen

It’s early on, let’s see if the tides turn in favor of Biden or stay in favor of Sanders and Klobuchar. — John Eirinberg

At this moment there are three in the running for delegates. Warren, Buttigieg and Sanders. Sanders and Buttigieg have the longest lines at the Capital Square Caucus. It looks like Warren may not get a delegate. — Monica Uzpen

Climate change is one of the main issues among Iowa voters. Buttigieg’s platform makes this a primary focus. — John Eirinberg

1,080 people are at the Capital Square Caucus. Definitely an impressive figure. — John Eirinberg

Check out the link below for an article by Molly Olmstead of Slate regarding the Iowa caucus in foreign countries. It’s worth the time. — John Eirinberg

Climate change is a major concern for Iowa voters. Some worry that Warren will not win the nomination only because gender. — John Eirinberg

The media filing center is slowly filling up as we get closer to the caucus. — John Eirinberg

Elizabeth Warren is having a rally at 7 p.m. We will have photographers and reporters covering the event. — John Eirinberg

Check out our cool Instagram page @nebnewsservice. Denise Muñoz has been leading the way and providing great footage. — John Eirinberg

According to CNN, Sanders is leading the satellite caucus with more than 60% of votes. — John Eirinberg

Students interviewed Steve Shivvers, a participant in the climate crisis parade, said he’s showing up to the caucus to show support for Steyer and other candidates who are pro climate change reform. — John Eirinberg

Here is a tweet reporting from one of the 3 international Iowa caucuses, conducted by a journalist from Iowa living in the European nation of Georgia. — Lincoln Shafer

Tonight’s event differs greatly from the primaries in Nebraska. Unlike in Nebraska where citizens vote at polling places, Iowans will go to one of the 1,687 locations across the state to pledge their vote for who they want for the Democratic nomination. When the voters arrive, they will fill out a ballot and huddle up with other voters who support their candidate choice. For a candidate to receive a vote from a location, they need at least 15% support to stay viable. If a candidate does not reach the 15% threshold, they must “realign” or pick a different candidate, they can also try to persuade others to chose their candidate or they can leave the caucus. After this, voters fill out another ballot which is the final decision of the caucus location. In order to receive national delegates, a candidate needs to receive support from 15% of the vote statewide of in a congressional district, or both, in order to receive any national delegates. The caucuses will begin at 8 p.m. local time. — John Eirinberg

New polling data from FiveThirtyEight has Warren and Buttigieg up a bit and Biden falling marginally. Sanders remains in the lead. — Lincoln Shafer

With over 2,600 credentials handed out to media members from over 300 countries, the filing center should be packed tonight. Major networks have been broadcasting in the back all day. — John Eirinberg

Here’s a blog post by Carlee Koehler about Buttigieg’s volunteers. It provides insight into his volunteers’ dedication. — John Eirinberg

To track where candidates are located, click the link below to access the Des Moines Register’s Iowa Caucuses Candidate Tracker. — John Eirinberg

A big question is, can Biden hold on as other candidates make a push in the state of Iowa. — John Eirinberg

Welcome back for day two of the Iowa Caucus coverage. Today’s a big day! By tonight we will know who wins Iowa. –John Eirinberg

Biden said tomorrow, we have an opportunity to ruin Trump’s day.–John Eirinberg

Audience member tells Biden that he needs to stop accepting fossil fuels from foreign countries. He responded that we don’t need to worry about that. The crowd burst into a chant of “we want Joe!”–John Eirinberg

Biden said “we need a president who can be ready on day one.”–John Eirinberg

Biden compared Charlottesville to the streets of Nazi Germany. He criticized Trump’s response that there were good people on both sides. –John Eirinberg

Biden is introduced by his wife, Jill. –John Eirinberg

Firefighter union representative said that we need to elect Biden and “get this guy out of the office” greeted by a large round of applause.–John Eirinberg

Biden Owens said Joe Biden knows what it feels like to be “shut out” due to his stutter as a child. –John Eirinberg

Campaign staffer says there is too much at stake not to spread the word about Biden’s campaign. Says we need to do whatever it takes. — John Eirinberg

Biden campaign staffer tells story of his friend being diagnosed with cancer and receiving hope from Biden’s campaign. –John Eirinberg

We’re at Lincoln High School to see Pete Buttigieg rally the troops the day before the caucuses.

Let’s kick this off with where things currently stand. Per the lastest Iowa polling from 538, Sanders and Biden are frontrunners going into the primary contest. Meanwhile, FEC data shows that Biden has a lot less cash in his campaign war chest than other candidates.