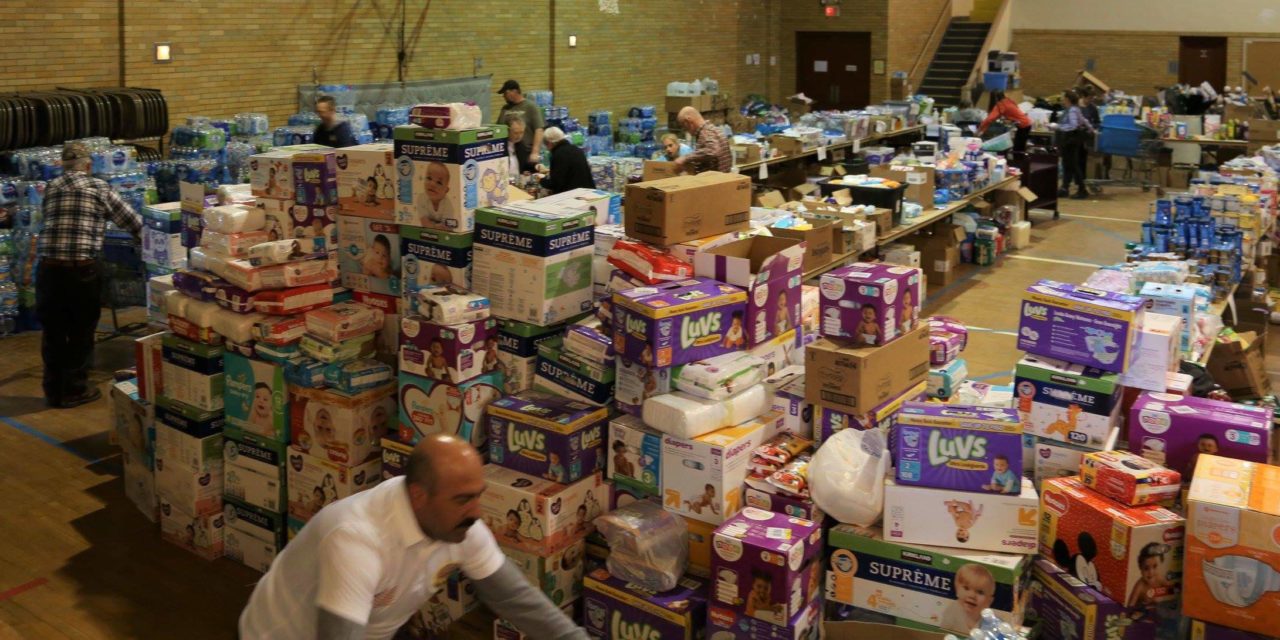 Zayed Eesa was in Washington, D.C., when he heard about Nebraska’s flooding, but he caught the next flight out to start organizing to help the state he moved to when he fled Iraq in 2015.

He posted on Facebook asking people in the Yazidi community to comment “I’m in” if they wanted to help as well. Within days he was overwhelmed by comments, Facebook messages, emails and texts indicating support.

A tent in northwest Lincoln was his headquarters, where he collected enough donations from the Yazidi community to fill a U-Haul trailer and three trucks. Coordinators in Fremont said the load was one of the biggest donations they’d seen, and Eesa and other volunteers stuck around to unload the items and to start helping with flood recovery.

A Fremont flood coordinator told Eesa that officials there had “no words for the community’s generosity.”

This isn’t the first time Eesa has rallied for natural disaster recovery: Hurricane Harvey inspired him and a friend to make a road trip to Houston to help with the recovery efforts in 2017.

He remembered wearing a Nebraska T-shirt and surprising the Nebraska fire and rescue officials with his Husker red as they cleared debris. He remembered playing “Immigrants (We Get the Job Done)” over his car speakers as they drove back from Houston.

Each time Eesa has helped with natural disasters he’s spread the story of the Yazidi people along with supplies and hard work. He talks about when ISIS attacked his town of 7,000 and the responsibility he felt as a wealthy resident.

He said everyone lost someone in their family when ISIS killed more than 5,000 Yazidis, and the displacement of 500,000 more showed everyone what it feels like to be without a home.

“We have been the victims, and we have needed people to give us help,” he said. “We have to think of others, not just yourself, because we will always need someone to come help us.”

In Iraq and in the United States, Eesa has volunteered to help the less fortunate.  Beyond helping with natural disaster recovery, he regularly cooks meals to distribute to Lincoln’s homeless people and gives them money for haircuts.

“I had a lot of opportunity to do what was great, and it keeps pushing me to help people,” he said. “No one wants to be sad or poor, but things happen. Sometimes people ask me if I am still rich, and I say ‘Yes, maybe I am rich — but with my heart.’”

The flood’s acute impact on immigrants made the Yazidis’ help even more important, according to Eesa.